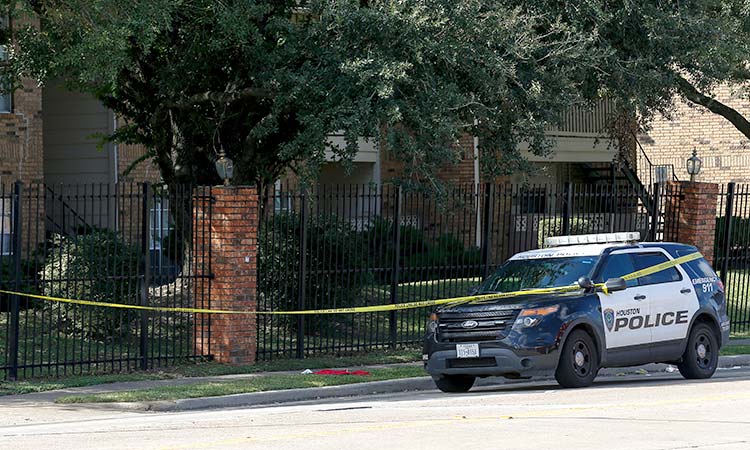 A Houston Police vehicle was surrounded with crime-scene tape at the scene at an apartment complex on Tuesday. AP

Three people were killed in a shooting at a Houston nightclub where about 30 people had gathered for an open mic night and authorities were searching early on Wednesday for suspects, police said.

Once there, officers found three people dead at the scene and a fourth person in critical condition, Johnson said. 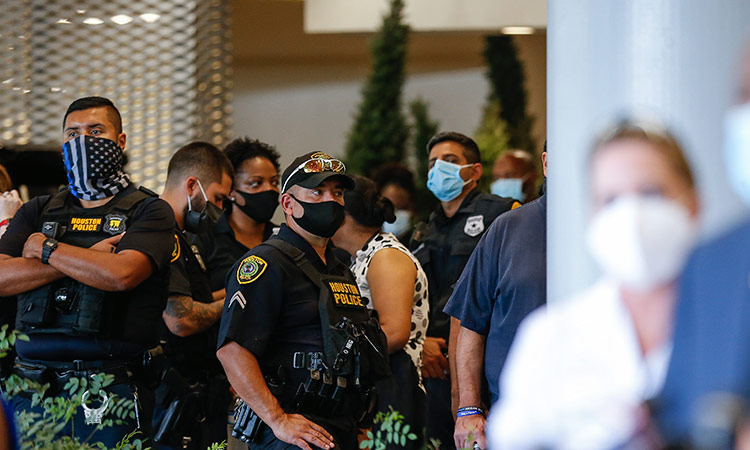 Investigators believe two men opened fire after a fight broke out, but officers don't yet have a clear description of the shooters.

Johnson said the police department also is investigating whether the nightclub was allowed to be open under current coronavirus pandemic restrictions.

Earlier this month, Texas Gov. Greg Abbott allowed bars to open at 50% capacity if county officials agree, but Harris County Judge Lina Hidalgo declined to do so for the county that includes Houston.