VIDEO: At least 15 die in stampede near Pakistan consulate in Afghanistan - GulfToday 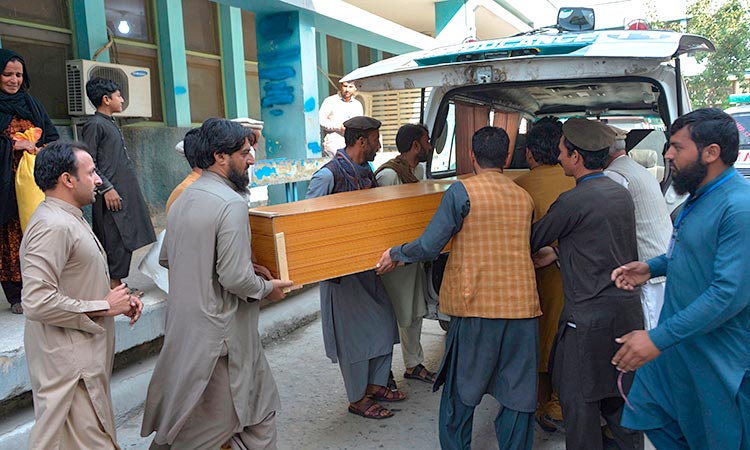 Relatives carry the coffin of a victim, who was killed in a stampede, in Jalalabad on Wednesday. AFP

At least 15 people were killed Wednesday in a stampede at an Afghan football stadium where thousands of people had gathered to apply for Pakistani visas, authorities said.

The incident unfolded at the stadium in Jalalabad city, the capital of eastern Nangarhar province, after large crowds assembled in a bid to secure travel permission after the nearby Pakistani consulate resumed services following a seven-month hiatus due to the pandemic.

To avoid overwhelming the visa centre, applicants had been directed to Jalalabad's nearby football stadium to hand over passports and paperwork, provincial governor's spokesman Attaullah Khogyani told reporters.

"Unfortunately this morning tens of thousands of people had come to the football stadium which led to the tragic incident," Khogyani said.

Eyewitness Abdul Ahad said women had been given priority to stand at the front of the crowd. In ultra-conservative Afghanistan it is customary for women to queue separately from men.

"When the officials announced that the gates were opening in the morning, everybody rushed to enter the stadium to be the first to deliver their passports," Ahad told reporters. 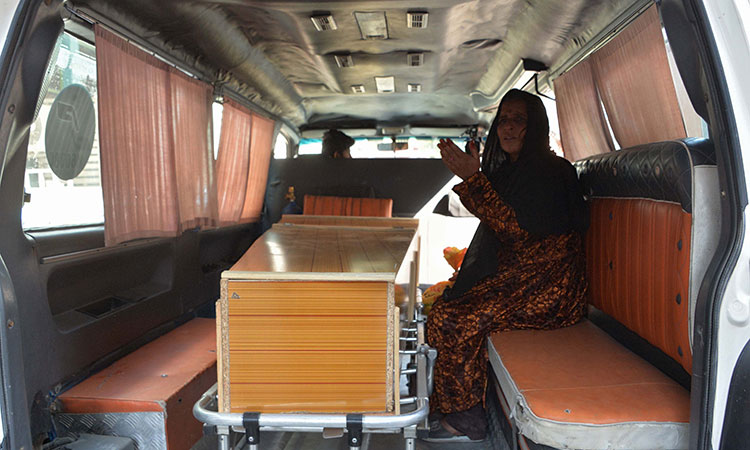 A relative sits next to the coffin of a victim, who was killed in a stampede, in Jalalabad on Wednesday. AFP

"The women, most of them elderly, who were in the front fell and could not get up. It was chaotic."

A woman who survived the stampede recalled hearing screaming and seeing expectant mothers among those who were in the crush.

"Some had miscarriages," the traumatised woman told AFP, declining to be named.

"One who had been trampled gave birth there. We helped her but her baby was dead. (The mother) was injured, but alive." 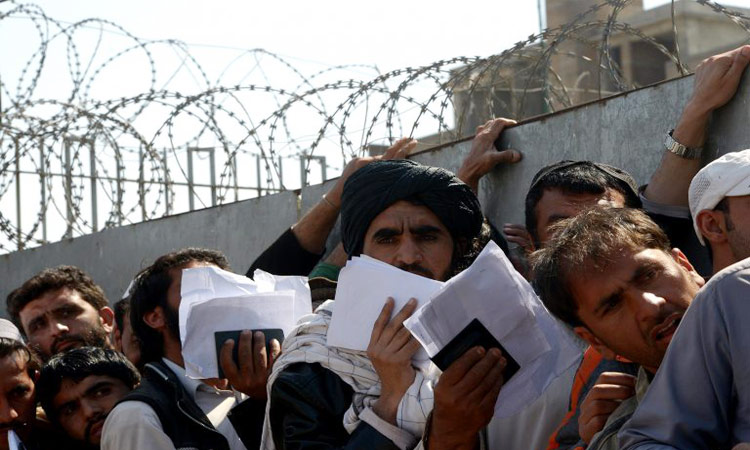 Pakistan's embassy in Kabul expressed "deep grief and sadness" over the incident.

"The embassy remains committed to ensure smooth and effective management of visa applicants at our end," a statement read.

"We seek the understanding and cooperation of Afghan people and authorities for better and secure management of the Afghan visa applicants."

Thousands of Afghans from Nangarhar and other nearby provinces had arrived since the early morning to apply for medical visas or to visit relatives, and hundreds of policemen had been deployed at the stadium to control the crowds.

Hours after the incident, relatives were seen carrying the dead in coffins from a mortuary in Jalalabad.

Many Afghans travel to neighbouring Pakistan every year, often for medical or educational purposes, while millions have taken refuge there over the past few decades to escape war and poverty in conflict-wracked Afghanistan.