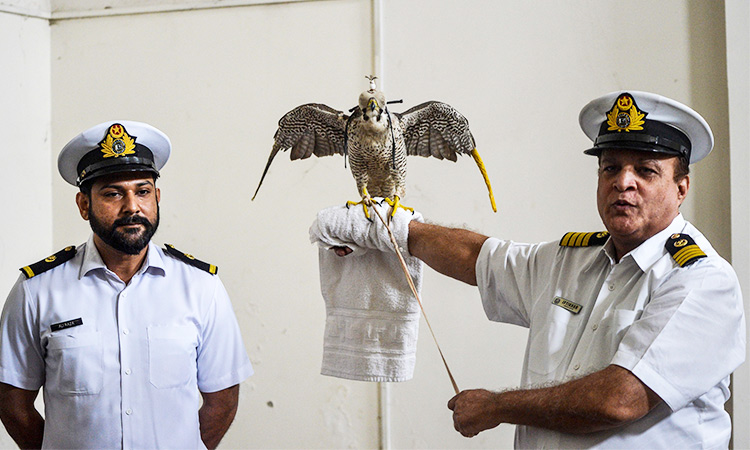 A customs officer (R) holds on his arm a falcon that was recovered from illegal captivity.

Pakistani authorities said Saturday they had foiled an attempt to smuggle dozens of endangered falcons worth more than one million dollars out of the country.

Wildlife traffickers catch falcons in Pakistan's mountainous north, often to sell them for lucrative profits in the Gulf region, where hunting with the birds is a popular sport.

Customs officials seized 75 falcons and a houbara bustard at locations around the southern port city of Karachi in what they called an "unprecedented" anti-smuggling operation. 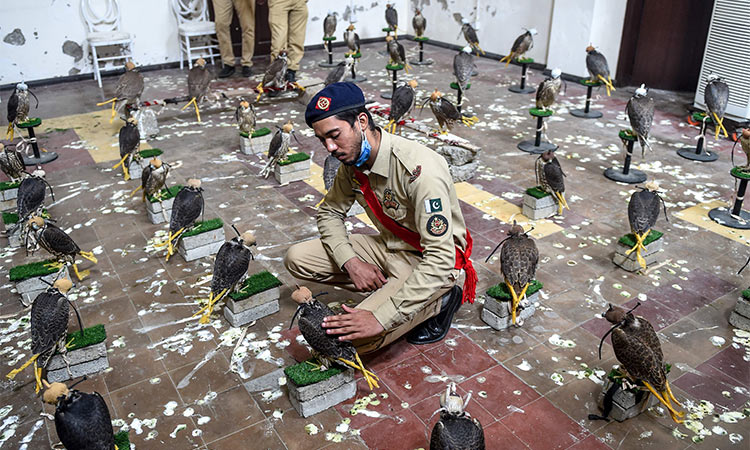 A Customs officer stands in the office of the Anti-Smuggling Organisation of Pakistan Customs amidst falcons, after they were seized in Karachi,

"The birds are listed as rare and endangered species and their trade is strictly banned," said senior customs officer Mohammad Saqif Saeed.

He did not identify the species of the birds but estimated their value to be around 200 million rupees (over $1 million) on the black market.

Authorities have arrested two suspects and plan to release the birds into the wild. 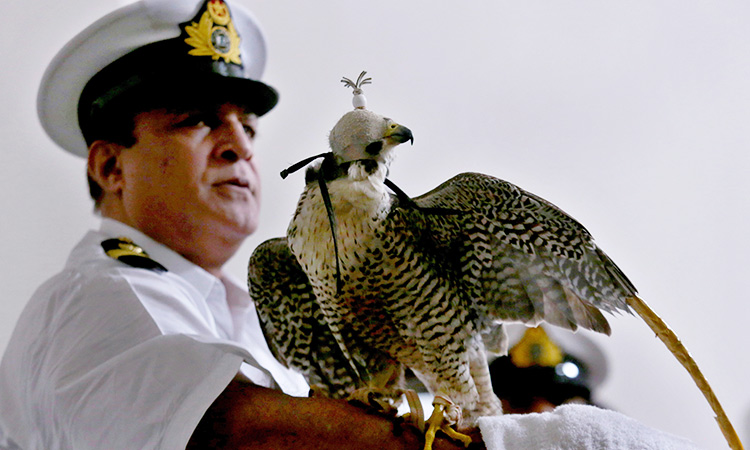 A Pakistan custom official displays a confiscated falcon to media, in Karachi.

The houbara bustard is a desert bird whose meat is prized among Arab sheikhs as an aphrodisiac.

Falcons are often used by wealthy hunting parties from the Gulf who travel to Pakistan's southwestern Balochistan province every winter to catch and kill the houbara. 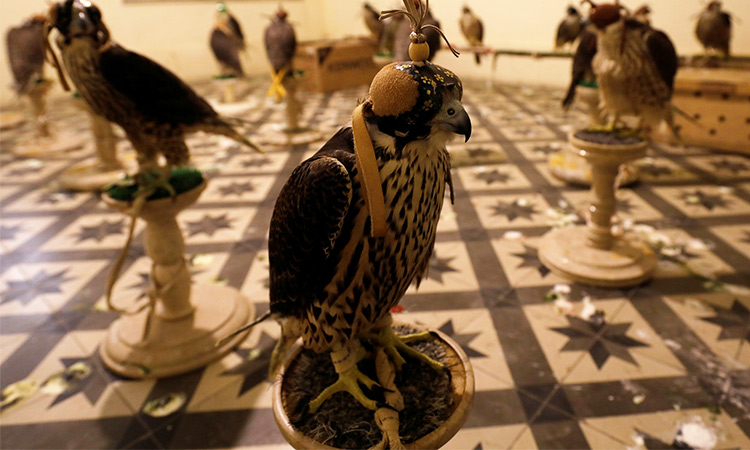 Falcons are seen at the office of the Anti-Smuggling Organisation of Pakistan Customs.

An earlier ban on the sport was overturned by Pakistan's top court.