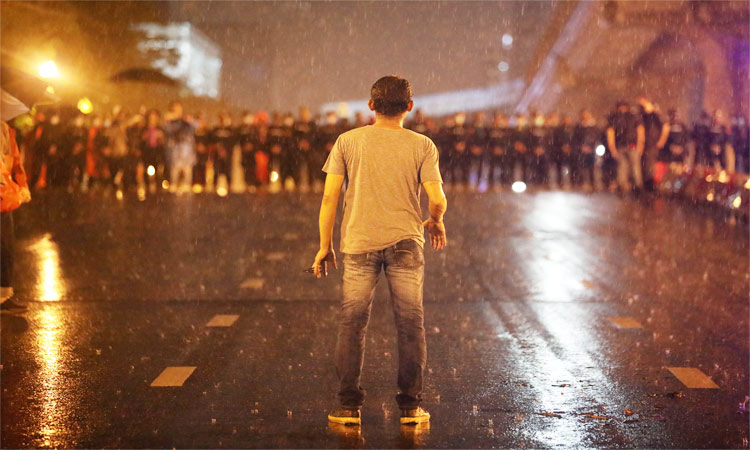 Thai protesters said they would hold another demonstration on Saturday despite a crackdown by police on more than three months of protests that have targeted the powerful monarchy as well as the government.

Police used water cannon on protesters for the first time on Friday. They have arrested more than 50 people - including protest leaders - in the past week.

“We condemn any violence against the people,” the People’s Movement said in a statement. “We will continue to protest on Oct. 17,” it said, telling people to be ready for the police to use suppression tactics. 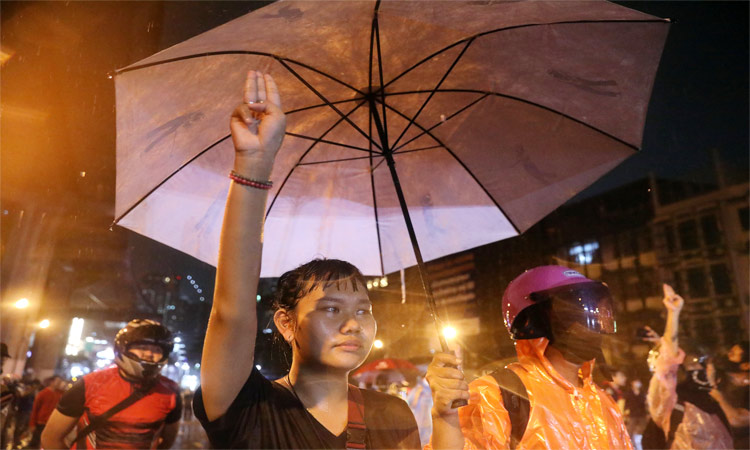 A protestor shows the three-finger salute during anti-government protests in Bangkok.

Government spokesman Anucha Burapachaisri told Reuters: “There is no win or lose for any side. It’s all damage to the country. The government would like to ask protesters to not gather and remain peaceful.”

On Thursday, it ordered a ban on protests which have become the biggest challenge in years to Prime Minister Prayuth Chan-ocha, a former junta leader, and have brought unprecedented criticism of King Maha Vajiralongkorn. 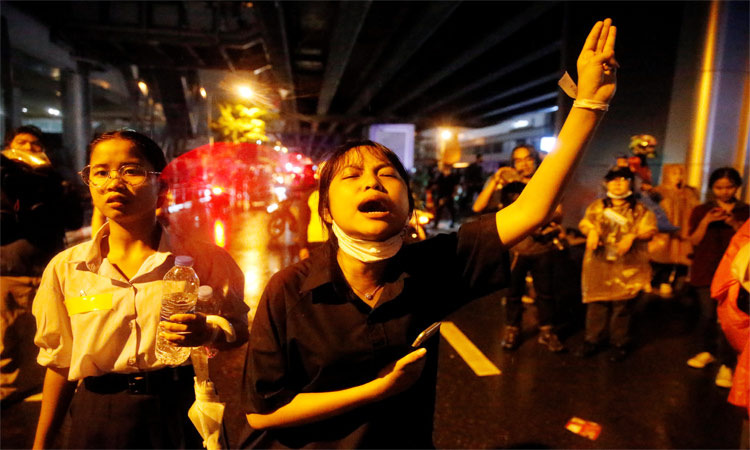 Immediately after the ban, tens of thousands of people protested in Bangkok in defiance. Thousands more rallied on Friday.

Police said that their response to Friday’s protest had been proportionate and in line with international norms. 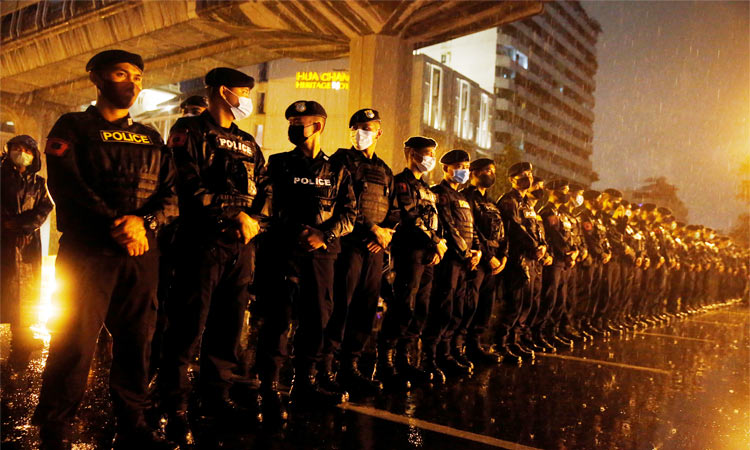 Police officers line up during anti-government protests, in Bangkok.

“Concerned governments and the United Nations should speak out publicly to demand an immediate end to political repression by the Prayuth administration,” said Brad Adams, Asia director at Human Rights Watch, in a statement.

Thai police to charge two for violence against queen

Protesters demand the removal of Prayuth, who first took power in a 2014 coup. He rejects protesters’ accusations that he engineered last year’s election to keep power. Breaking a longstanding taboo, protesters have also called for curbs on the power of the monarchy.

The Royal Palace has made no comment on the protests but the king said Thailand needed people who love the country and the monarchy. His comments were broadcast on state television on Friday as police clashed with protesters in Bangkok.

The scenes of water cannon and protesters pushing back with umbrellas were similar to images from anti-government demonstrations in Hong Kong, with which Thai activists make common cause.

Hong Kong activist Joshua Wong tweeted a picture of himself giving the three-finger salute of Thai campaigners and holding up a #StandWithThailand hashtag.