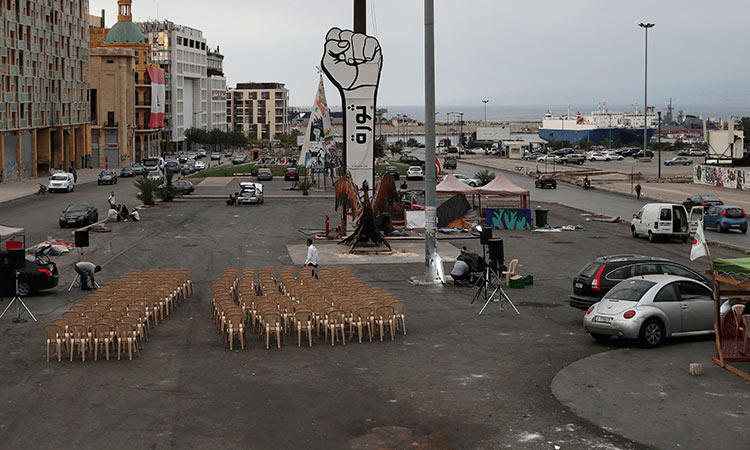 Anti-government protesters stand next to fist at Martyrs Square, in Beirut. AP

Lebanon marks the first anniversary on Saturday of a non-sectarian protest movement that has rocked the political elite but has yet to achieve its goal of sweeping reform.

A whirlwind of hope and despair has gripped the country in the year since protests began with an economic crisis and a devastating August 4 port explosion pushing Lebanon deeper into decay.

US businesswoman says she did have affair with UK PM Johnson

Two governments have resigned since the movement started but the country's barons, many of them warlords from the 1975-90 civil war, remain firmly in power despite international as well as domestic pressure for change. 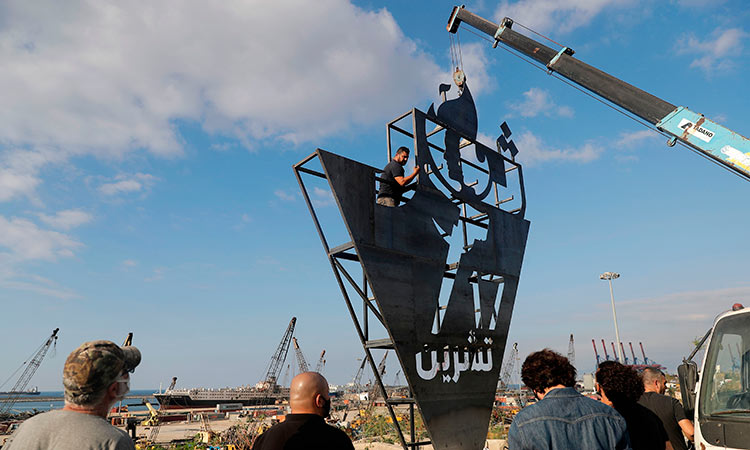 Lebanese activists erect a metalic monument with 'October 17' written on it in Arabic, in Beirut. AFP

Demonstrators plan to march from the main Beirut protest camp towards the port — the site of a devastating explosion, which has been widely blamed on the alleged corruption and incompetence of the hereditary elite.

There they will hold a candlelit vigil near ground zero at 6:07 pm (1507 GMT), the precise time when a huge stockpile of ammonium nitrate fertiliser exploded, killing more than 200 people and devastating swathes of the capital.

Activists have installed a statue at the site to mark the anniversary of their October 17 "revolution".

"We still don't recognise" our political leaders as legitimate, said one prominent protester, who gave her name only as Melissa.

"We are still on the street... standing together in the face of a corrupt government," the 42-year-old said.