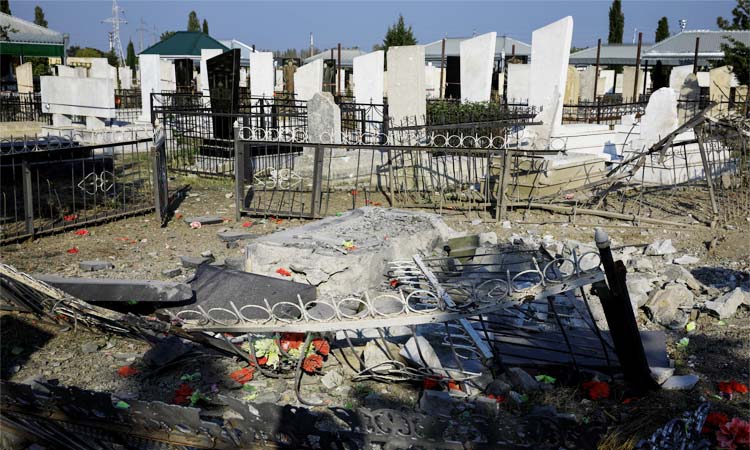 A graveyard hit during the fighting is seen in the city of Terter, Azerbaijan. Umit Bektas/Reuters

The defence ministry of the Nagorno-Karabakh region said on Friday it had recorded another 29 casualties among its military, pushing the military death toll to 633 since fighting with Azeri forces erupted on Sept.27. 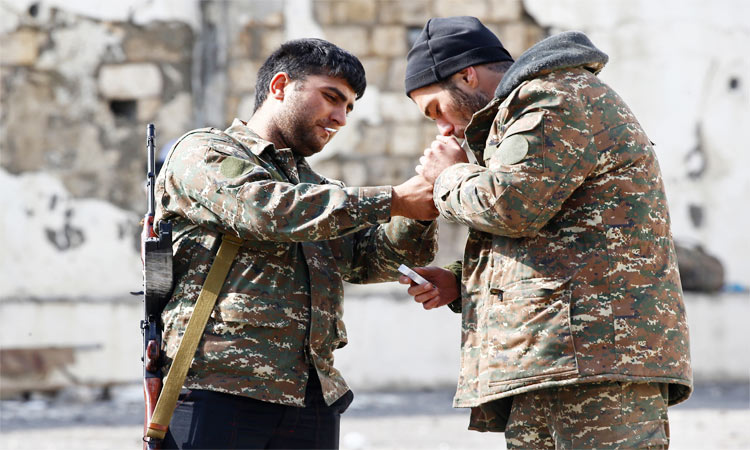 Ethnic Armenian soldiers are seen outside a hospital in Martakert, Azerbaijan

The fighting has surged to its worst level since the 1990s, when some 30,000 people were killed.