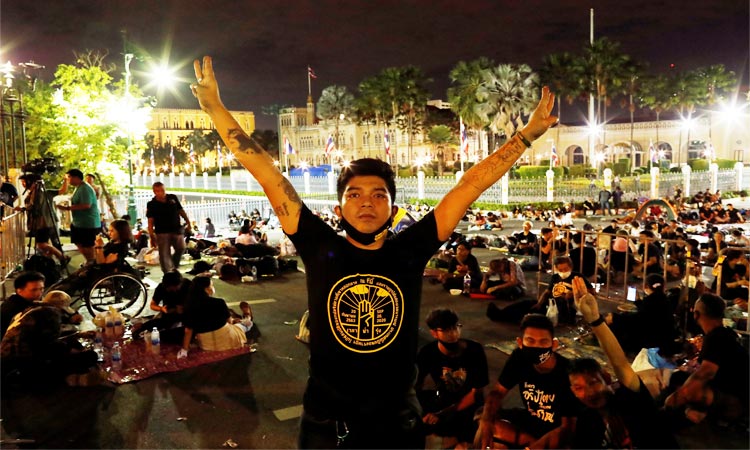 Demonstrators sit on the street outside the Government House during a protest in Bangkok. Jorge Silva/Reuters

Within 30 minutes of emergency orders, justified partly on the grounds of disturbing a royal motorcade, riot police drove away protesters who had camped outside Prayuth’s offices to demand his removal and a new constitution.

“The situation right now is tantamount to a coup,” said Tattep Ruangprapaikitseree, one of the few protest leaders still free. 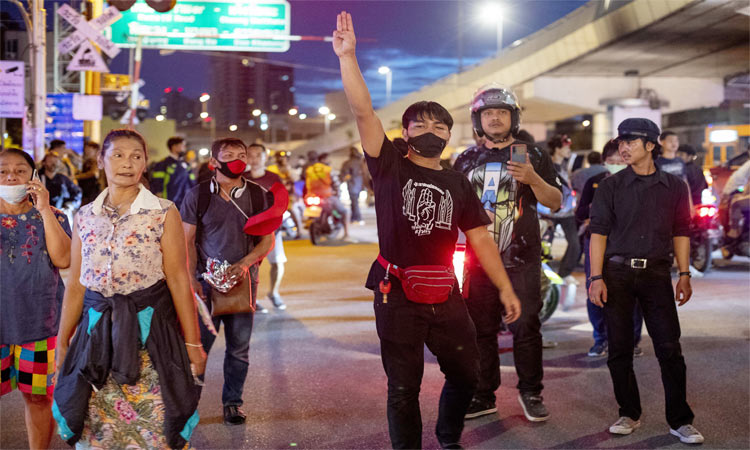 Police said they had arrested more than 20 people for refusing to cooperate with officers clearing the protest from the prime minister’s office. Among those arrested were two of the most vocal critics of the monarchy. Another was picked up later.

Three months of protests have been largely peaceful, as was a march by tens of thousands of people on Wednesday. But in one incident, police pushed jeering protesters away from a motorcade carrying Queen Suthida.

That was used as a reason for the emergency measures that include a ban on gatherings of five or more people. Publishing news or online information that “could create fear” or “affect national security” was also forbidden. 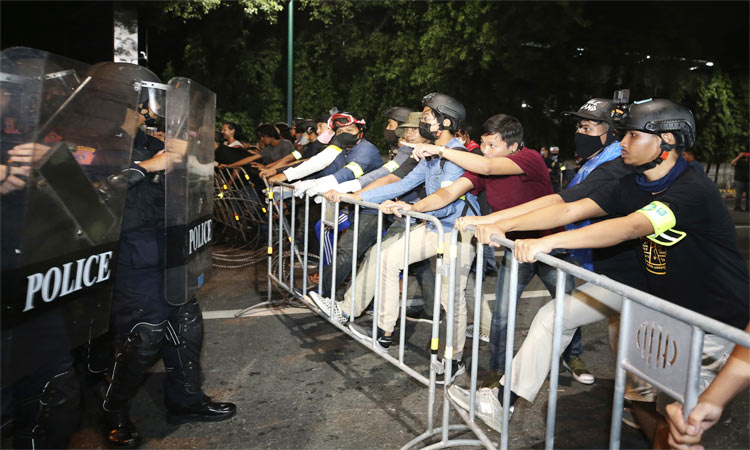 Protesters stand in front of Thai policemen with riot shields during a demonstration in Bangkok.

“It is extremely necessary to introduce an urgent measure to end this situation effectively and promptly to maintain peace and order,” the government said in the order.

Other reasons for the emergency measures were damage to the economy from protests and the risk of spreading the novel coronavirus, of which only one locally transmitted case has been reported in more than four months. 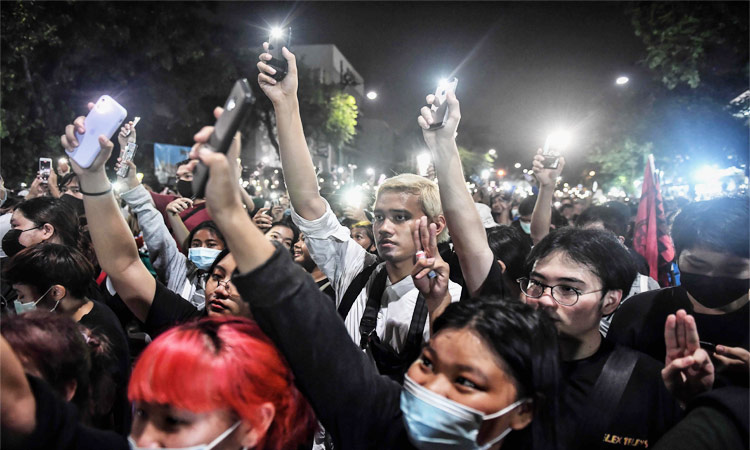 Protesters give the three-finger salute as they hold up their mobile phones with lights in a rally in Bangkok. AFP

“What was done today is pushing Thailand to a breaking point,” said opposition politician Thanathorn Juangroongruangkit.

“The government must release the protesters and end the emergency decree.”

Police said they had arrested protest leaders Parit “Penguin” Chiwarak and rights lawyer Arnon Nampa. Arnon said on Facebook he was being forced to board a helicopter to the northern city of Chiang Mai, where he faces sedition charges over a speech in August.

Pictures on social media later showed student leader Panusaya “Rung” Sithijirawattanakul being taken away in a wheelchair as she gave the three-finger salute of pro-democracy campaigners.

She was arrested shortly after she had urged people to take part in a protest planned for 4 p.m. (0900 GMT) despite the emergency order. Other protesters said they still planned to go ahead.

“We haven’t been able to restore a true democracy yet,” said 54-year-old Sun Pathong, a veteran of a decade of anti-establishment protests and counter protests before Prayuth took power in a 2014 coup. 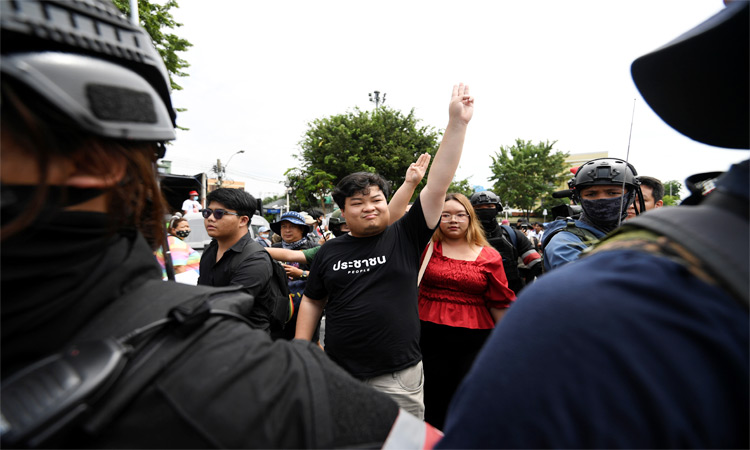 “I’ll be back. We have to continue the fight even if we risk our lives.”

The protest movement aims to remove Prayuth, saying he manipulated an election last year to keep hold of power. He says the election was fair.

Those marching on the streets also want a new constitution and have called for a reduction in the powers of the king. They want his role to be clearly subject to the constitution and they seek the reversal of orders that gave him control of the palace fortune and some army units.

Criticism of the monarchy is punishable by up to 15 years in prison under lese majeste laws, though Prayuth said earlier this year the king had asked that they not be enforced for now.

“The clearance of the assembly (protesters) was very reasonable because the protesters apparently harassed the queen,” royalist politician Warong Dechgitvigrom commented on Facebook. 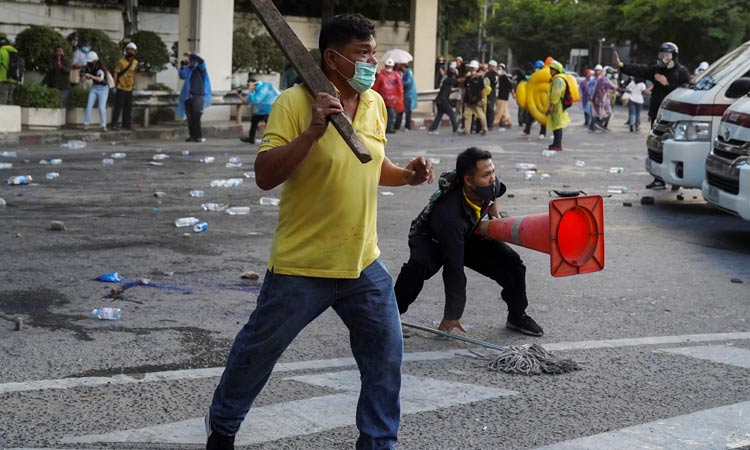 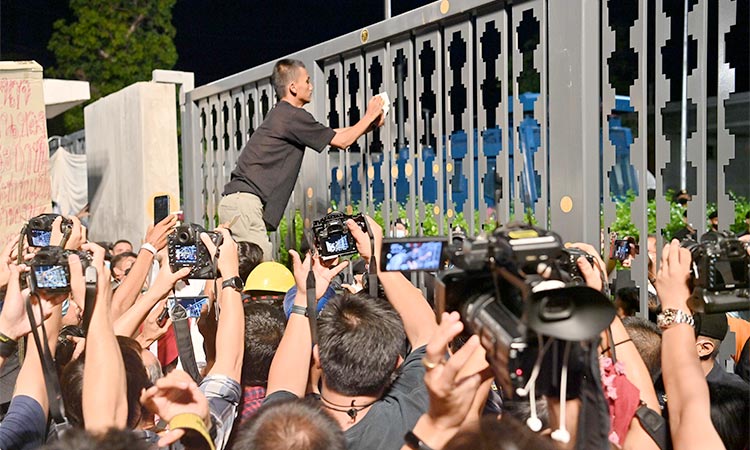 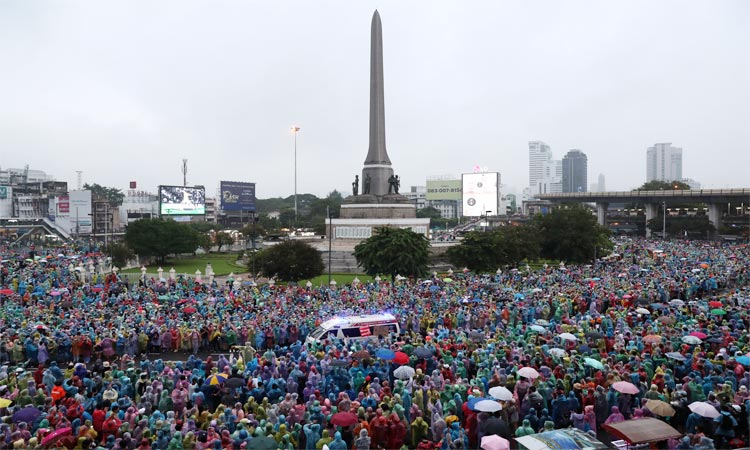 Thai police are seeking an investigation of four media outlets and a protest group over their coverage of protests on suspicion of breaking emergency measures restricting information, according to a document published by local media on Monday. 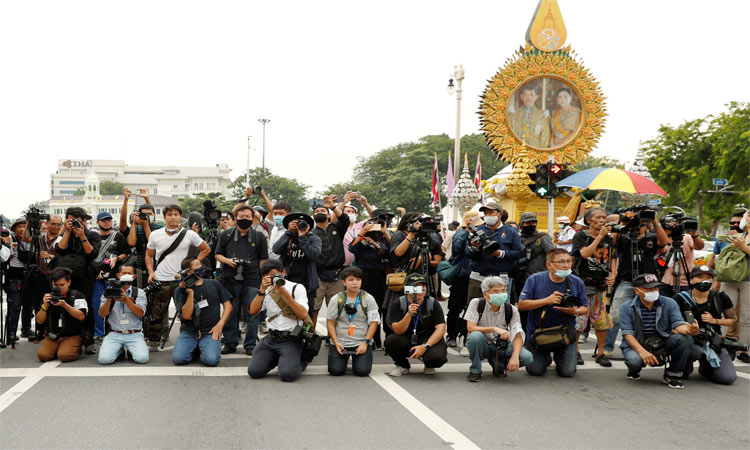