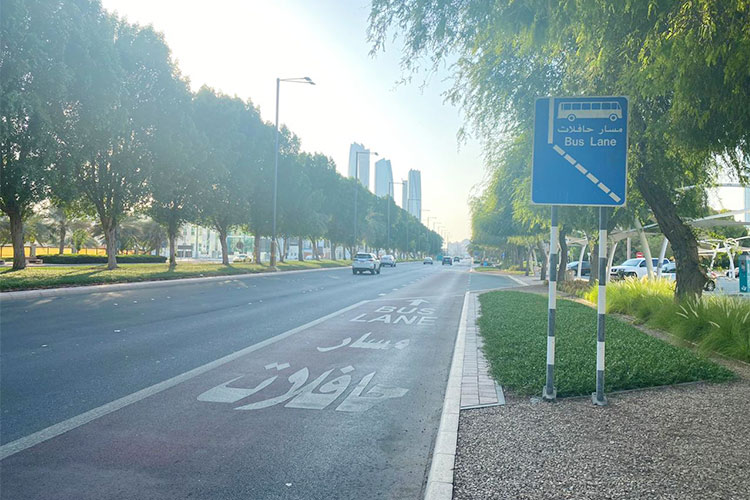 A lane designated for the buses in Abu Dhabi.

Abu Dhabi Police warned drivers of private vehicles not to use the lanes designated for buses, explaining that traffic offenses for those not complying with Article 93 of the Federal Traffic and Traffic Law will be issued, which stipulates Dhs400 fine for private vehicles driving on lanes designated for taxis and buses in other than authorised cases.

The police explained that in coordination with partners, it will intensify awareness of not bypassing the lane designated for buses, pointing out that the commitment contributes to enhancing traffic flow and reducing the occurrence of traffic accidents.

The police called for the need to adhere to laws and not driving their vehicles in the lanes designated for the running of buses in the city of Abu Dhabi, noting that it will intensify traffic patrols and smart surveillance via cameras in cooperation with the follow-up and Control Centre in Abu Dhabi.

Last week, the Traffic and Patrols Directorate of Abu Dhabi Police has distributed digital stickers on vehicles at security points at the entrances of the Emirate of Abu Dhabi as part of its efforts to enhance the traffic safety.