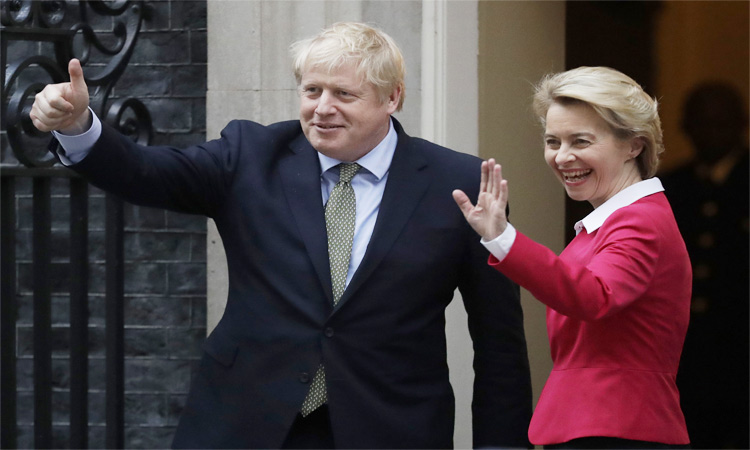 European leaders will meet to re-examine the post-Brexit talks on Thursday under pressure from Prime Minister Boris Johnson to give ground or see Britain walk away with no trade deal.

The 27 leaders have tried to keep Brexit off the agenda at their recent summits, trusting in EU negotiator Michel Barnier to defend their interests as the former partners hammer out a new relationship.

But Johnson has warned that he could walk away from the negotiations unless the results of the latest two-day Brussels’ summit point the way to a breakthrough.

EU officials do not recognise his deadline, and insist they remain behind Barnier and united in their demands.

But they still believe a way can be found in the coming weeks to reach an agreement on fair competition rules and fishing quotas that both sides can accept.

During a cross-Channel call on the eve of the crunch talks, EU chief Ursula von der Leyen warned that there was “still a lot of work ahead of us” adding that Brussels wants a deal but “not at any price.”

“Conditions must be right, on fisheries, level-playing field and governance,” she warned.

A Downing Street spokesman said that during the call Johnson, talking to von der Leyen and EU summit host Charles Michel, had “expressed his disappointment that more progress had not been made over the past two weeks.”

“The Prime Minister said that he looked forward to hearing the outcome of the European Council and would reflect before setting out the UK’s next steps,” the spokesman said.

The British side has accused Brussels of trying to force concessions by running down the clock, with the window narrowing on chances to agree and ratify a deal before the UK leaves the EU single market on Dec.31.

UK negotiators want Barnier’s team to produce draft legal texts to serve as the basis of the next rounds of talks, but EU officials say the sides are still not close enough on the remaining tough issues.

European diplomats say Brussels is still hoping for a deal, but is looking for a sign from Johnson that he is serious about compromise on the EU priorities.

“We need to lower the landing gear. We’re approaching the runway. Is he thinking about landing or is he still at 10,000 metres?” one asked.

According to draft summit conclusions seen by AFP, but likely to evolve before the end of the summit, the EU will express concern “that progress on key issues of interest to the Union is still not sufficient for an agreement to be reached.”

They will invite Barnier to “intensify negotiations” to strike and implement a trade deal before Jan.1.

Diplomats said there had been some movement from Britain, but not enough to warrant locking the negotiators into a so-called “diplomatic tunnel” to force the talks over the finish line.

Some member states are pushing for the sides to agree on a “toolbox” of retaliatory measures that Brussels could take if it feels that Britain has broken its word on maintaining a level playing field in cross-Channel business.

Britain left the European Union on Jan.31, but Barnier and UK negotiator David Frost have been locked in inconclusive talks on a follow-on arrangement for cross-Channel business.

If no deal is reached, trade rules will revert to the bare bones of World Trade Organization regulations.

Both sides insist they are ready for this — and would prefer it to having to accept a deal that oversteps their red lines — but experts forecast severe economic disruption.

Europe’s three main concerns are agreeing on the rules of fair competition, agreeing how these rules will be policed and securing access to UK waters for EU fishing fleets.

Britain wants to reassert sovereignty over its waters and refuse EU legal oversight over the deal — insisting it wants a simple trade deal of the kind the EU signed with Canada.

Brussels in turn stresses that Britain’s economy is far more integrated with and closer to the EU’s than Canada, and that its single market must be protected from British backsliding.

Northern fishing nations, in particular France, are holding a firm line on fishing, insisting that their boats operated in UK waters for centuries before the EU was formed and must be allowed to continue. 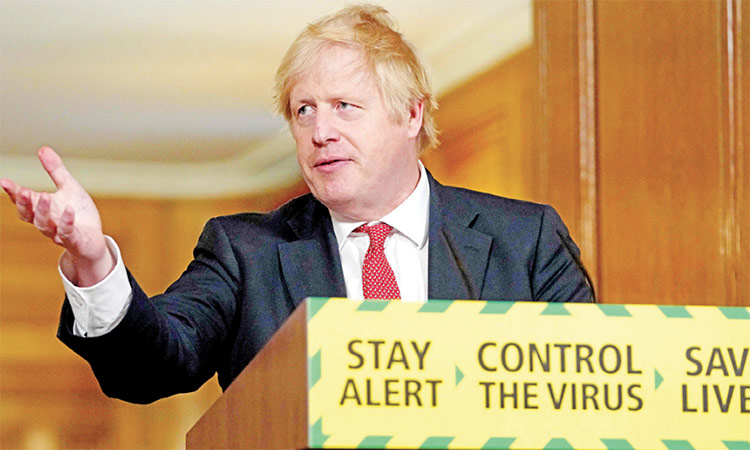 Leaders also spoke on disagreements over fisheries that are barring a new trade deal in a call on Monday, sources said. EU sources added that the bloc was now willing to accept a reduction in the value of its catch in UK waters of up to 25% over a period of time from 2021.