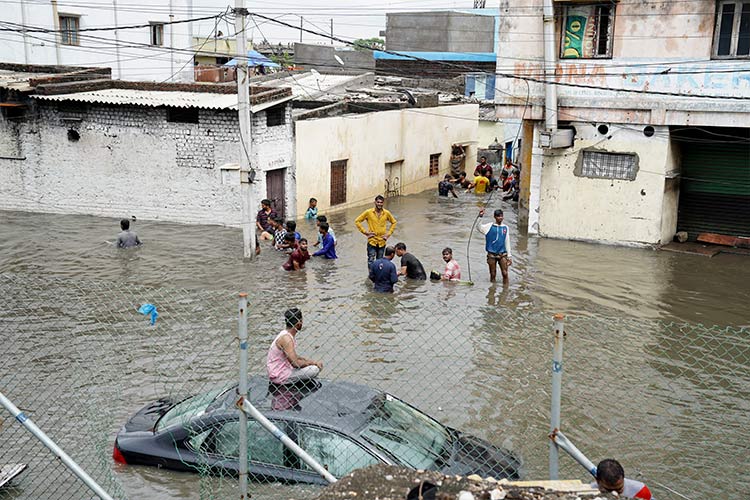 People are seen in a flooded residential area after heavy rainfall in Hyderabad. Reuters

The rainfall received by Hyderabad on Tuesday was an all-time high, the met office said on Wednesday.

The 19.2 cm rainfall in the city broke all the previous records. The previous highest was 9.83 cm recorded on October 10, 2013, said Dr K. Naga Ratna, scientist at Hyderabad Meteorological Centre.

The extremely heavy rainfall of 25.63 cm recorded at Osmania University in the city also broke the 20-year-old record.

The highest rainfall received on Tuesday on the city outskirts was a record 32.3 cm at Singapore Township at Ghatkesar in Medchal Malkajgiri district.

As many as 35 places in and around Hyderabad received more than 21 cm rainfall from 8.30 a.m. Tuesday to 5 a.m. on Wednesday.

During the first two weeks of October, Hyderabad received 404 per cent excess rainfall. The city saw 26.8 cm rainfall against the normal 5.32 cm.

The entire state received 144 per cent excess rainfall than normal between Oct 1-14.

At least 13 people were killed while several areas were inundated. 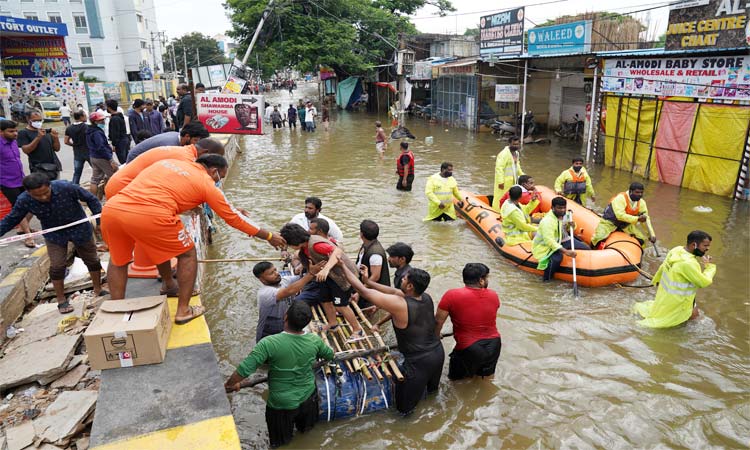 Floods brought by heavy rains and overflowing rivers across large swathes of western and southern India have killed at least 60 people since Wednesday and damaged rice, cotton and other crops worth billions of rupees, officials said.