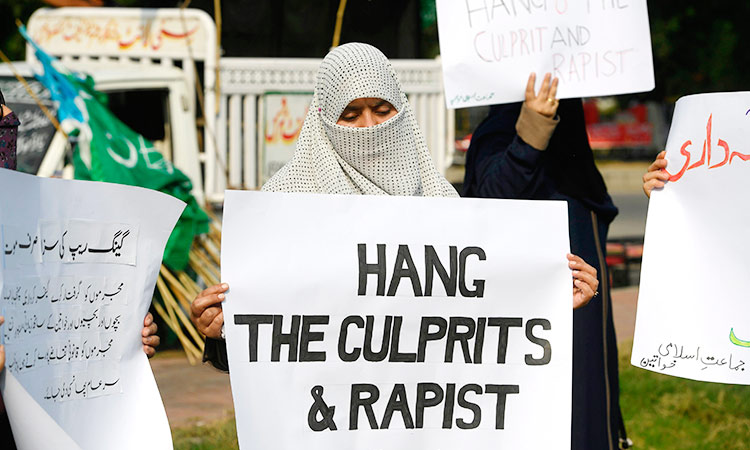 Women hold placards during a protest in Pakistan. File

A Pakistani man on Tuesday was charged with being the main suspect in the gang rape of a mother on the side of a motorway, a case which sparked nationwide protests.

The woman said she was raped in front of her two children after her car ran out of fuel near the eastern city of Lahore last month.

A Lahore court ordered Abid Ali Malhi, who was arrested on Monday, to be detained in custody, a spokesperson for the city's police chief told.

Malhi has at least 10 other cases registered against him with the police. 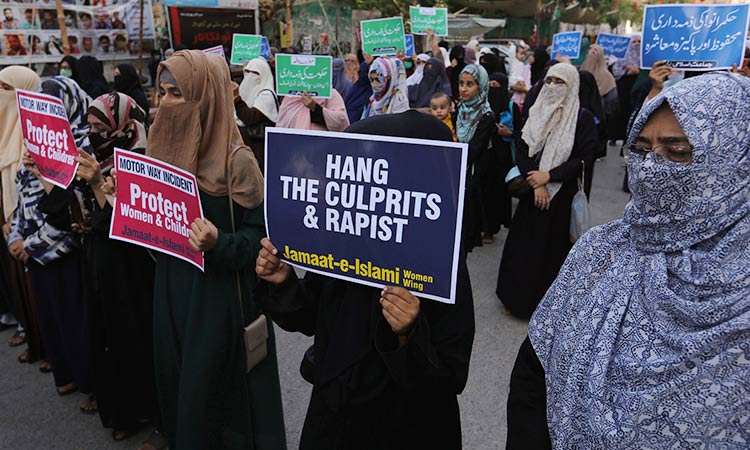 Protests denouncing attacks on women intensified after the Lahore police chief was accused of victim-blaming, saying the woman should not have been driving alone.

The case prompted Prime Minister Imran Khan to call for sex offenders to be publicly hanged or chemically castrated, a process which involves using drugs to reduce a person's libido.

Rape is notoriously difficult to prosecute in Pakistan, where women victims are often stigmatised and treated as second-class citizens.

A second suspect, Shafqat Ali, who police said confessed to the crime, remains in custody.