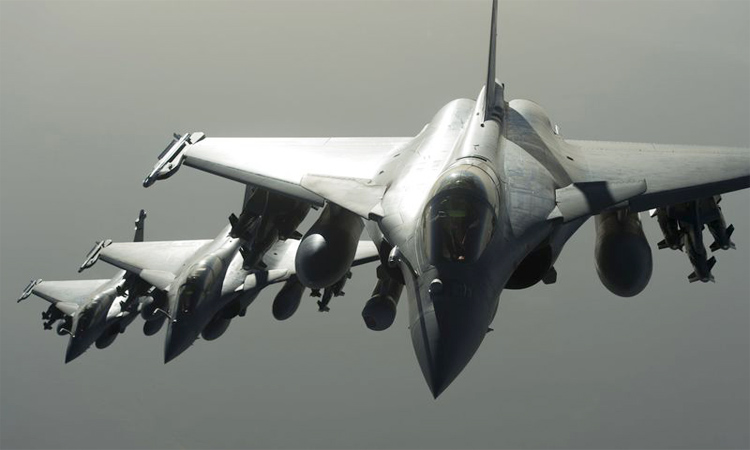 The United States launched air strikes against Taliban fighters in Afghanistan’s southern Helmand province, US officials said on Monday, after a large-scale offensive saw insurgents take over military bases in the region and close in on a key provincial capital.

The strikes, carried out over the last two days, mark a rare military intervention by the United States since it signed an agreement on troop withdrawal with the Taliban in February.

The deal provides for the withdrawal of foreign forces from Afghanistan in exchange for security guarantees from the insurgent group, and a pledge to sit down with the Kabul administration to find a peaceful settlement to decades of war.

Fighting has continued despite several rounds of peace talks between the Taliban and Afghan government negotiators in the Qatari capital of Doha over the past month.

In the last two days, hundreds of Taliban fighters have stormed security checkpoints in Helmand, taking over key areas on the outskirts of the provincial capital of Lashkar Gah.

US military spokesman Col. Sonny Leggett said on Twitter that the US air strikes were “consistent with the United States-Taliban agreement,” and that Afghan security forces would continue to be provided with defensive cover.

Leggett quoted Gen. Scott Miller, the commander of foreign forces in Afghanistan, calling on the Taliban to immediately stop their offensive in Helmand, which he said was “not consistent with the US-Taliban agreement and undermines the ongoing Afghan Peace Talks.”

Taliban spokesman Zabihullah Mujahid said the areas taken over by the group had been wrested from their control a few months earlier. “No new changes have occurred,” he said on Twitter.

Helmand’s police chief General Khalil-ur-Rahman Jawad told reporters that “tactical measures have been taken to prevent casualties, but security will soon be restored to restore order.”

He said the Afghan Air Force had conducted strikes that had killed 170 insurgents in the last 24 hours.

Fighting continues in the province. Around 1,500 families have fled from the outskirts provincial capital.

Taliban to suspend assault after US pledges to halt strikes

The development came after a meeting with US peace envoy Zalmay Khalilzad and Gen. Austin Miller, commander of US troops in Afghanistan, a Taliban figure familiar with the discussions said.