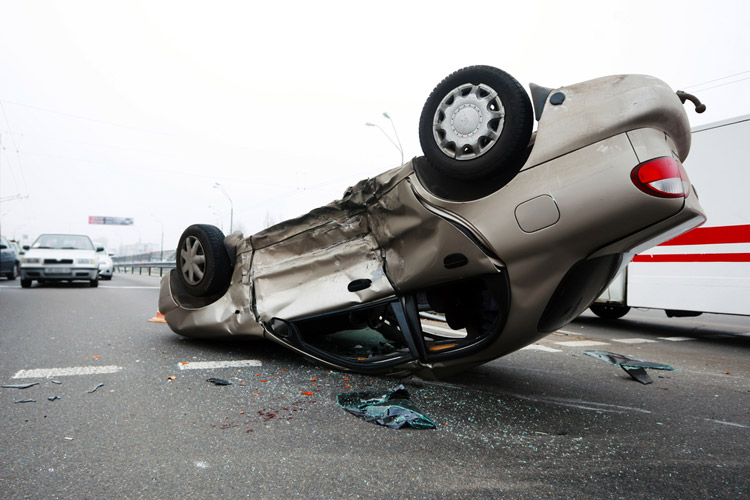 Two Emiratis were killed and a third was injured in a traffic accident that took place on Mahafiz-Nazwa Road in Sharjah on Monday evening. Accident caused by over speeding resulted in the vehicle being completely destroyed.

Lieutenant Colonel Mohammed Abdullah Alay, Director of Traffic and Patrol Department at Sharjah Police, stated that the operations room received a report at 4:30pm on Monday that a vehicle overturned on the one-lane Mahafiz-Nazwa Road.

Police and national ambulance patrols rushed to the scene of the accident, where the driver of the vehicle and two companions were seriously injured, he said, adding that two of them soon succumbed to their injuries and the third was taken to the hospital for medical treatment.

According to Alay, the accident was caused by excessive speed and the rear left tyre burst, which indicated that the driver was driving his vehicle at an excessive speed.

Meanwhile, the Sharjah Police expressed their deep regret over the accident and prayed to Allah to have mercy upon the deceased and to grant fast recovery for the third.

They called on vehicle drivers to adhere to the speed limit and to ensure the safety of tyres and mechanical devices before every trip, stressing the necessity for drivers to exercise extreme caution and busy themselves only by the road ahead.