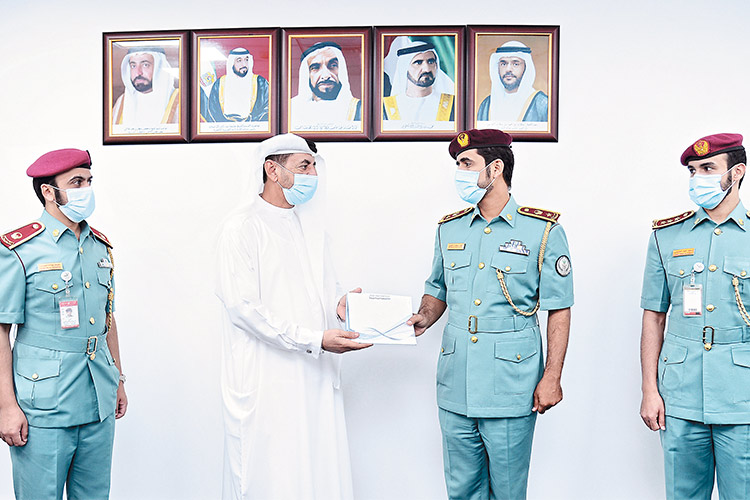 The security teams at the Sharjah Ports and Airports Department were able to return a precious wristwatch that an Emirati woman lost eight months ago at a security checkpoint at Sharjah International Airport.

She reportedly lost it while completing her outbound procedures.

This reflects keenness of the Sharjah Police to maintain rights of public and to make them, in line with the commitment to fulfil their social responsibility.

Lt. Col. Matar Al Ketbi, Head of the Airport Police Department, stated that the department had received a report from an Emirati man last February, stating that his wife had lost a valuable wristwatch at a security checkpoint.

The police dealt with the report immediately.

Those efforts resulted in the identification of an Asian man, who was on board of the same flight.

He was seen in the surveillance footage picking up the watch and hiding it in between his belongings. Accordingly, he was circulated in the criminal system, and he was arrested 8 months after the theft, upon his return through one of the country's airports.

After confronting him with his seizure of the watch, he confessed to the theft, and thus legal measures were taken against him.

He admitted that he kept it in his residence in another Gulf country.

Accordingly, officials at the airport police department allowed him to communicate with his family members there to send the watch.

For his part, the Emirati man who filed the report thanked the Sharjah Police for the distinguished efforts made by its personnel, stressing their effective role in achieving security and safety for all.