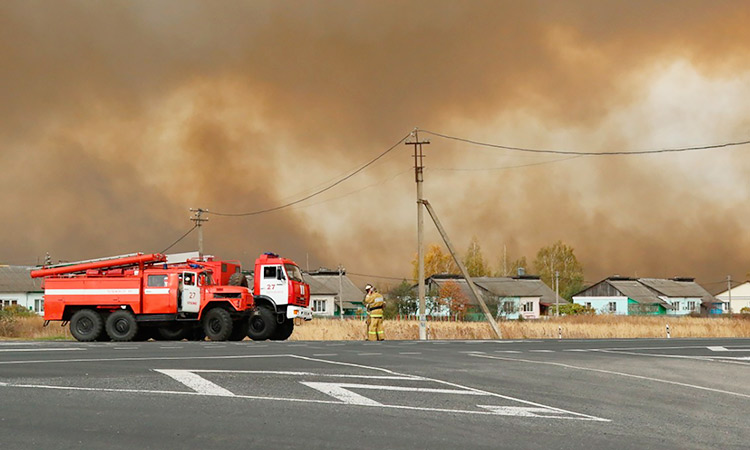 Fire trucks are parked next to the village as smoke rises after explosions fire at the arsenal in the Ryazan region.AP

Russia on Wednesday evacuated more than 2,000 people from nearby villages after a wildfire set off explosions at a munitions depot in the Ryazan region southeast of Moscow, officials said.

More than 400 firefighters were battling into the evening to extinguish a blaze that broke out at the depot on Wednesday afternoon, with the authorities saying five people were injured but no one died.

The fire was sparked by a wildfire in dry grass nearby, the emergencies ministry said, causing munitions to explode continuously.

Flames and huge clouds of smoke rose up to the sky above the depot reportedly containing some 75,000 tonnes of munitions.

The Investigative Committee said it had opened a criminal probe into potential breaches of rules on handling weapons. 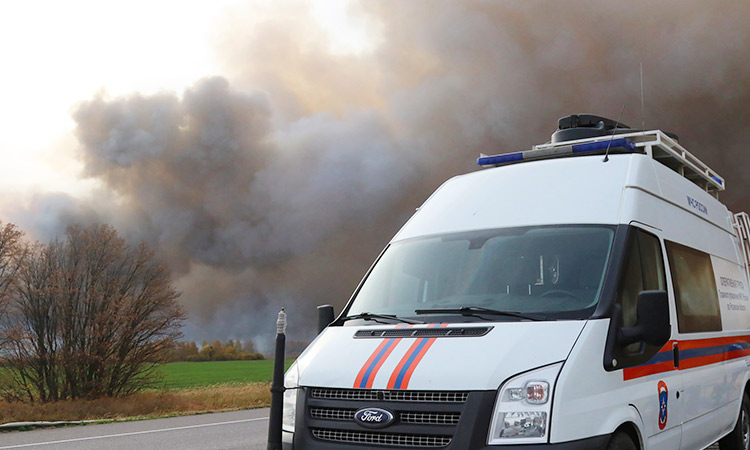 Emergency Situations vehicle is parked on a road as smoke rises after explosion fire at the arsenal. AP

Regional governor Nikolai Lyubimov described the situation as "complex" but said in a statement in the evening that "the worst is behind us, the situation is under control."

The emergency ministry said it evacuated more than 2,300 residents living within a 5-kilometre radius of the fire and nearby highways were closed to traffic.

The western military district in charge of the site said it evacuated its troops after they attempting unsuccessfully to fight the fire.

Such accidents are relatively common in Russia due to large amounts of old munitions remaining in storage. 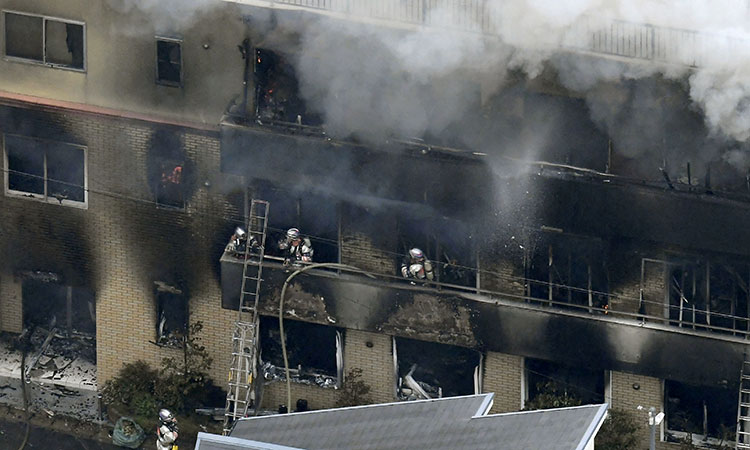