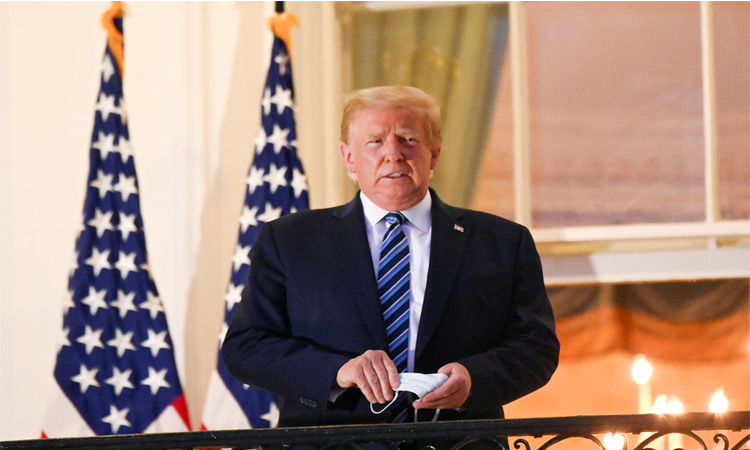 US President Donald Trump faced a fresh backlash on Tuesday for removing his mask when he returned to the White House and urging Americans not to fear the COVID-19 disease that has killed more than 209,000 people in the country and put him in hospital.

Trump arrived at the White House on Monday in a made-for-television spectacle in which he descended from his Marine One helicopter wearing a white surgical mask only to remove it as he posed, saluting and waving, on the mansion’s South Portico. 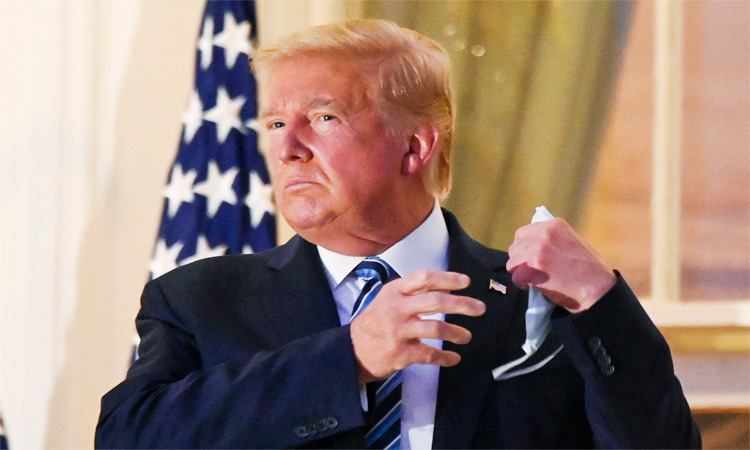 Trump pulls off his face mask as he returns to the White House.

“Don’t let it dominate you. Don’t be afraid of it,” Trump said in a video after his return from the Walter Reed Medical Center military hospital outside Washington where he was treated for the disease caused by the coronavirus.

“I’m better, and maybe I’m immune - I don’t know,” he added, flanked by American flags and with the Washington Monument in the background. “Get out there. Be careful.”

Trump, who was treated by an army of doctors and received experimental treatment, has repeatedly played down a disease that has killed more than 1 million people worldwide and left his own country with the highest death toll in the world. 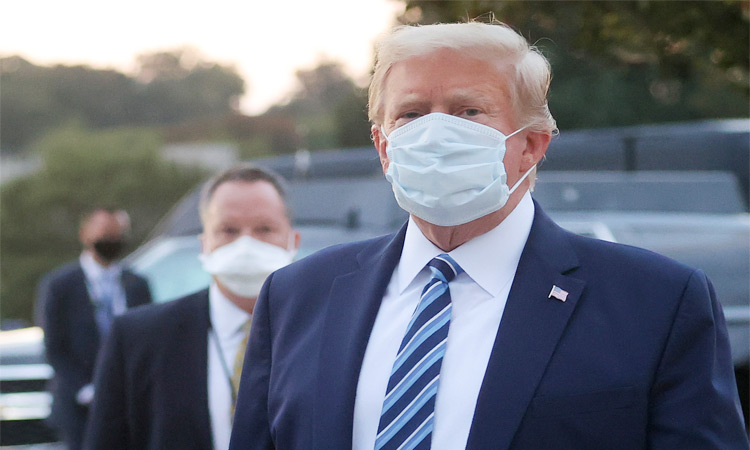 The Republican president, running for re-election against Democrat Joe Biden in the Nov.3 election, was admitted to hospital on Friday after being diagnosed with the disease.

Trump has repeatedly flouted social-distancing guidelines meant to curb the virus’ spread and ignored his own medical advisers. He also mocked Biden at last Tuesday’s presidential debate for wearing a mask at events, even when he is far from others.

His decision to remove his mask after climbing the staircase to the White House South Portico - a perch that put him at some distance from others - and his insistence that Americans should not fear the disease horrified some physicians. 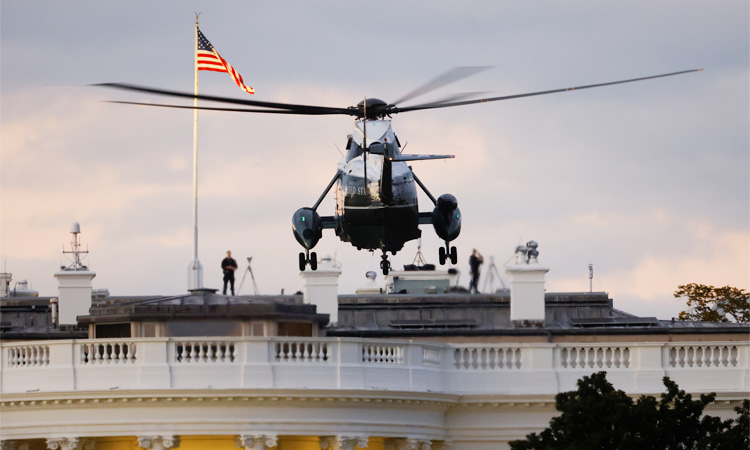 “I was aghast when he said COVID should not be feared,” said William Schaffner, a professor of preventive medicine and infectious diseases at Vanderbilt University Medical Center in Nashville.

“This is a disease that is killing around a thousand people a day, has torpedoed the economy, put people out of work. This is a virus that should be both respected and feared,” he added.

Democrats also weighed in. “This is a tragic failure of leadership,” Democratic Senator Chris Coons tweeted.

But Trump depicted himself as a man who vanquished the disease and emerged stronger.

“If the President bounces back onto the campaign trail, he will be an invincible hero, who not only survived every dirty trick the Democrats threw at him, but the Chinese virus as well,” he wrote on Twitter.

Biden quickly hit back on Twitter with side-by-side images of himself donning a mask and Trump removing his. A caption said, “Masks Matter. They save lives.”

White House spokesman Judd Deere said every precaution was being taken to protect the president and his family. Physical access to Trump would be limited and appropriate protective equipment would be worn by those near him.

Questions continue to swirl about the true state of Trump’s health after a weekend in which his doctors offered contradictory or opaque assessments of his condition.

His oxygen saturation dipped enough to require supplemental oxygen on Friday and Saturday and he will receive his last intravenous dose of the antiviral drug, remdesivir, at the White House on Tuesday, his doctors said.

Many aides and confidants have been diagnosed with the disease since his announcement last week that he had tested positive for it, intensifying scrutiny and criticism of the administration’s handling of the pandemic.

Trump has no public events on his schedule on Tuesday and it is not clear when he will be able to resume a full schedule, return to the Oval Office or get back on the campaign trail.

As polls showed Trump slipping further behind Biden, Vice President Mike Pence beefed up his campaign schedule, adding stops in the swing states of Nevada and Arizona on Thursday, the Trump campaign announced.

A Reuters/Ipsos poll taken on Friday and Saturday after the president tested positive for the coronavirus, found Biden leading Trump by 10 percentage points nationally and that nearly two-thirds of Americans thought that Trump probably would not have been infected if he had taken the virus more seriously.

The severity of Trump’s illness has been the subject of intense speculation, with some experts noting that, as an overweight, elderly man, he was in a category more likely to develop severe complications or die from it.

Dr. Anthony Fauci, the US government’s top infectious disease expert, told CNN Trump looked good when he came out of the hospital, but noted that patients sometimes have a setback five days after they get sick.

“He looks fine,” said Fauci, the director of the National Institutes of Allergy and Infectious Diseases. “Sometimes when you’re five days in you’re going to have a reversal ... It’s unlikely that it will happen, but they need to be heads-up (alert) for it.” 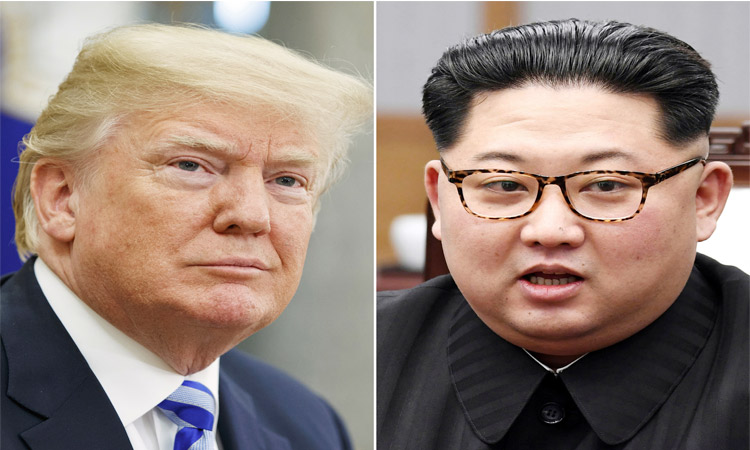