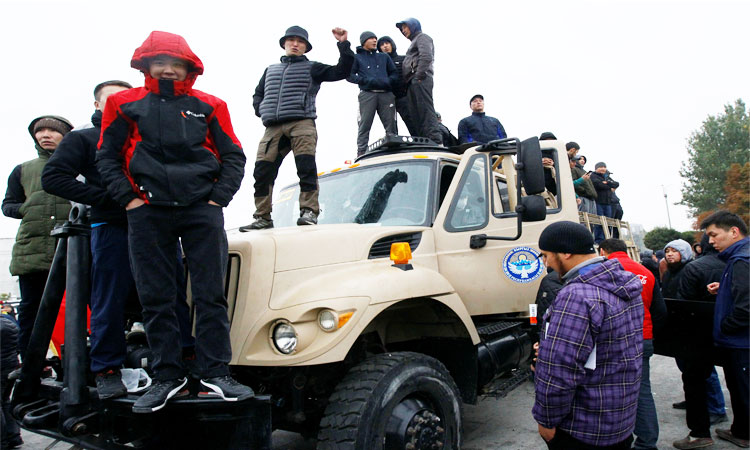 Demonstrators stand atop a vehicle during a protest in Bishkek.

In a statement on his website, Jeenbekov described the actions of protesters who took over government and security headquarters as a bid by some political forces to seize power illegally. 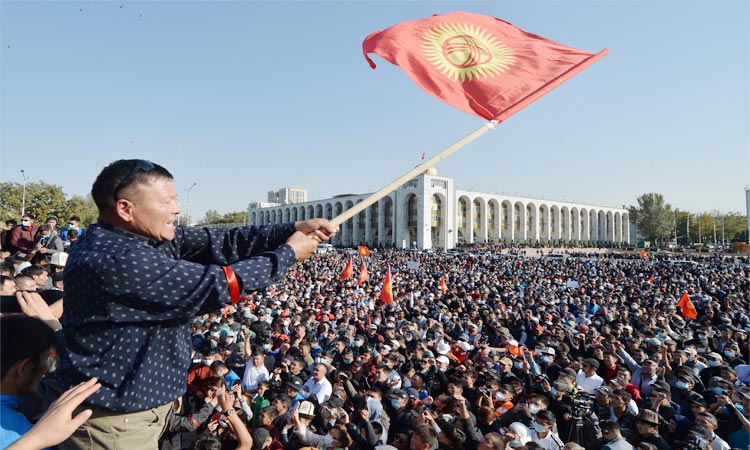 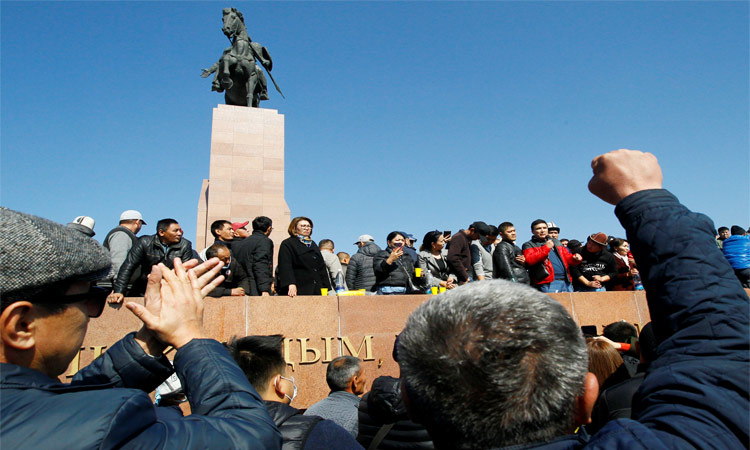