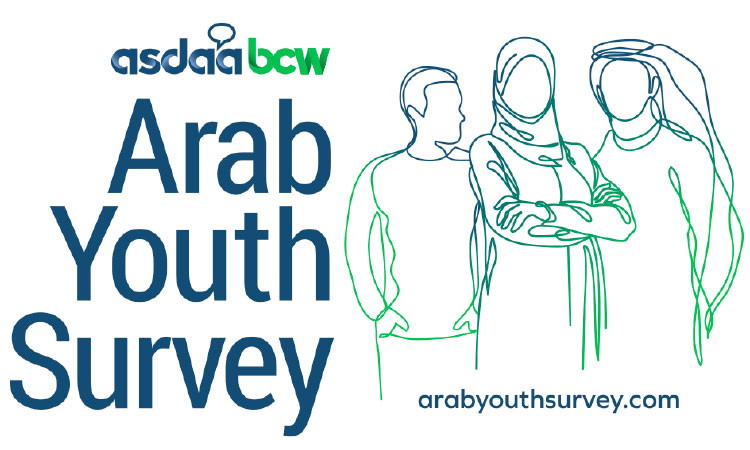 For the ninth consecutive year, the UAE is seen as the 'Model Nation' by Arab youth in the 12th Annual ASDA'A BCW Arab Youth Survey, released on Tuesday. Voted by young Arabs ahead of other Western and Eastern nations, the finding underlines the UAE's reputation as one of the world's top places to live, and a development model for the rest of the Arab world to emulate.

When asked which country in the world they would like to live in, nearly half (46 per cent) of all young Arabs select the UAE as their country of choice, followed by the US (33 per cent), Canada (27 per cent), the UK (27 per cent), and Germany (22 per cent).

The UAE also rises to the top (52 per cent) when Arab youth across the region are asked which country their nation should emulate. The US ranks second with 30 per cent, followed by Germany (23 per cent), Canada (21 per cent) and Japan (20 per cent). 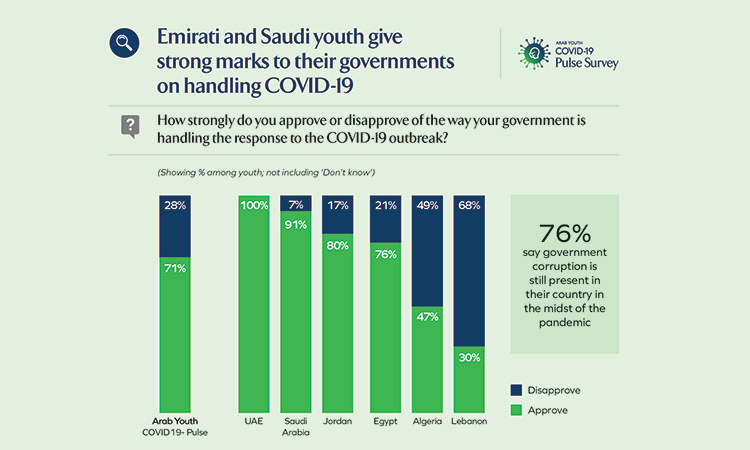 Asked specifically what they associate most with the UAE, young Arabs cited factors including safety and security (44 per cent), wide range of work opportunities (36 per cent), generous salary packages (32 per cent), a growing economy (31 per cent) and a good place to raise a family (25 per cent) as the top five reasons.

Underlining the strong reputation of the UAE across the Arab world, a vast majority (89 per cent) of Arab youth see it as an ally of their country, in addition to being regarded as one of the top three rising powers that have most increased their influence in the Arab world, alongside Saudi Arabia and the United States of America.

The UAE claimed the top spot for the greatest leadership globally in combating COVID-19, with an overwhelming 98 per cent stating they are 'more proud' to be a citizen of the country than before the pandemic.

Further, the UAE claimed the top spot for the greatest leadership globally in combating COVID-19, and the nation's efforts in addressing the COVID-19 pandemic has gained the admiration of young Emiratis, with an overwhelming 98 per cent stating they are 'more proud' to be a citizen of the country than before the pandemic. A full 100 per cent of Emirati youth also approve of the way their government is handling the COVID-19 outbreak.

The findings of the largest independent study on youth in the Middle East and North Africa (MENA) region, conducted for ASDA'A BCW by PSB, a global strategic research and analytics consultancy, reveals the opinions of young Arabs on a range of subjects including the anti-government protests that raged through parts of the region during the past year, gender rights, personal identity, employment, personal debt, foreign relations and media consumption. 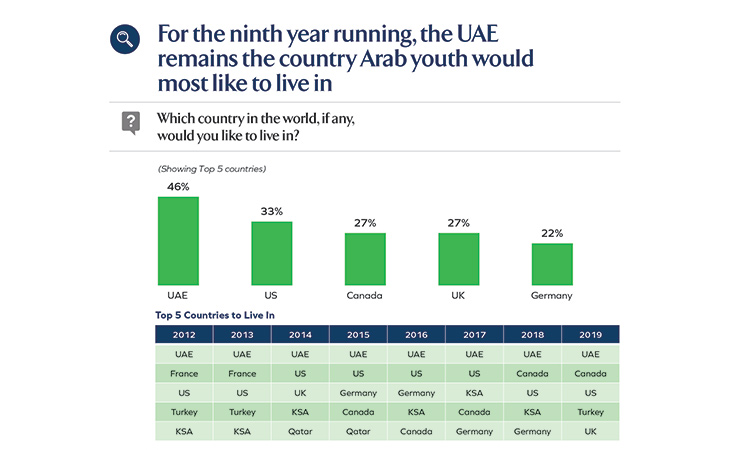 The survey polled 4,000 young Arab nationals aged 18 to 24 from 17 Arab states in the Middle East and North Africa with a 50:50 male female split. The research was conducted in two phases: The Main Survey with 3,400 face-to-face interviews conducted between January 19 and March 3, 2020, before the COVID-19 pandemic impacted the region; and the second, COVID-19 Pulse Survey, covering 600 face-to-face and online interviews, held between August 18 and 26, 2020, in six Arab states.

Sunil John, President, Middle East of BCW and Founder of ASDA'A BCW, said: "For years, the UAE has served as a beacon of hope in the region. The unique model of the nation, celebrating social, religious and cultural pluralism, continues to gain the admiration of young Arabs, who see the UAE as the top nation in the world, over Western and Eastern counterparts, to live in and emulate. This is a powerful statement on the positivity and progressive outlook of the UAE leadership and people."

John added: "In a defining year that witnessed the UAE marking historic firsts, including the first interplanetary mission from the Arab world to Mars with the successful launch of the Hope Probe, and signing the Peace Accord with Israel, the national pride of young Emiratis is surging, as our survey findings show. This also reflects in other key findings of the survey in which Emirati youth express an almost diametrically opposed view to the majority – especially in relation to their confidence in their government's ability, desire to emigrate, and their nationality defines their personal identity, rather than religion." 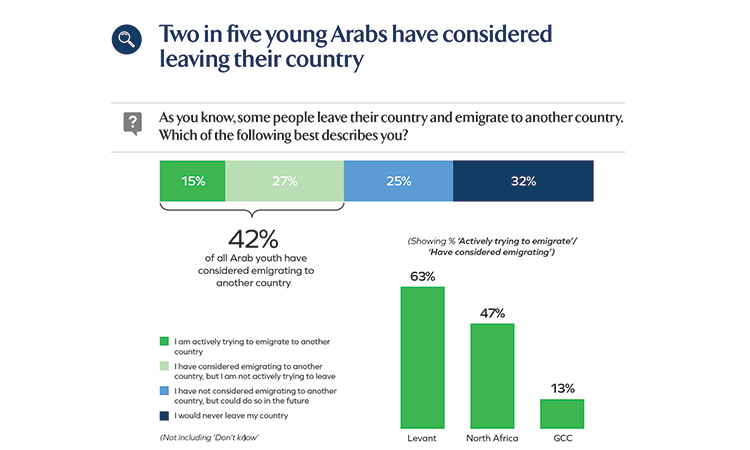 Hussein Ibish, a Senior Resident Scholar at the Arab Gulf States Institute in Washington, who has written an expert commentary on the finding in the survey’s White Paper, observes: “In recent years, the UAE has been promoting a new Arab model of how government and society should interact with a range of individuals and communities based on pluralism, tolerance and diversity. That model stands in contrast to closed-minded, xenophobic and theocratic tendencies in some other regional states. The survey suggests that the UAE may be winning this argument.”

With 65 per cent of the Arab population under the age of 30, the survey presents evidence-based insights into the attitudes of the over 200 million Arab youth, providing public and private sector organisations with data and analysis to inform their decision-making and policy creation. Download for free the full findings and expert insight and commentary on this year’s ASDA’A BCW Arab Youth Survey at www.arabyouthsurvey.com. 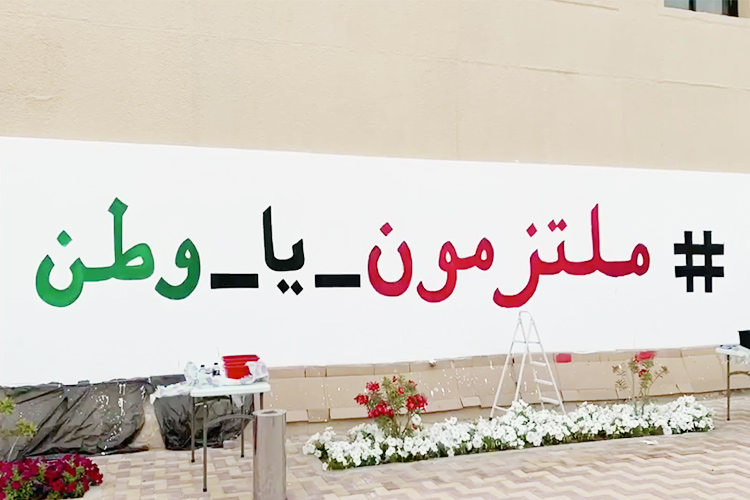 Two Emirati talented young men draw a mural that reads “#Moltazmoon_Ya Watan” that means (We are committed to safety of home) in cooperation with the Abu Dhabi Culture and Knowledge Centre. 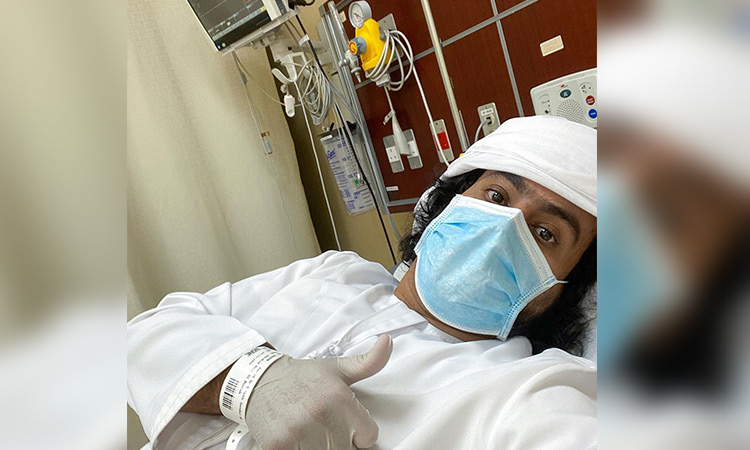 Emirati actor Ebrahim Al Mreasy announced that he tested positive for coronavirus and is recovering in a good health.