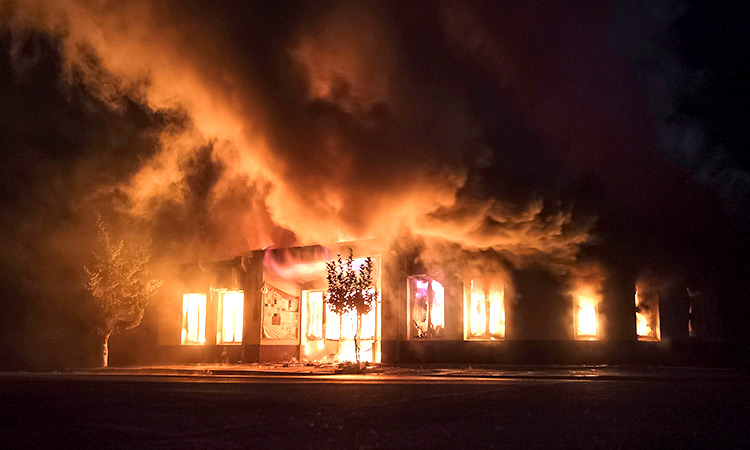 A shop is seen on fire following recent shelling in Stepanakert. Gor Kroyan/Reuters

In Stepanakert, an AFP team on the ground reported several explosions. Azerbaijani authorities said they took "retaliatory measures" after rocket fire by Armenian separatists from Stepanakert. 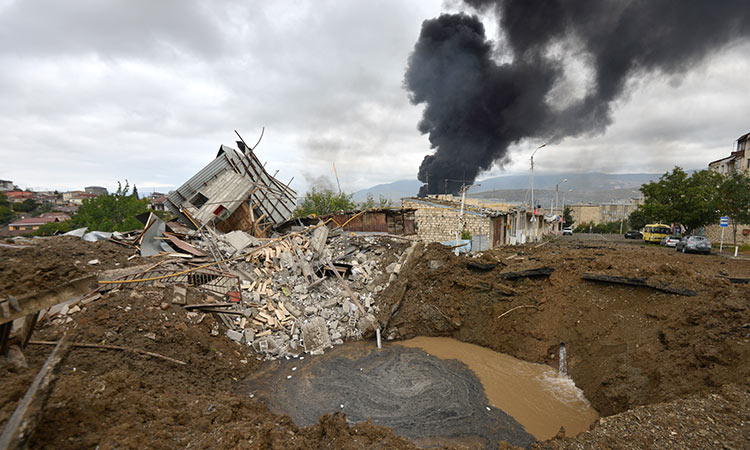