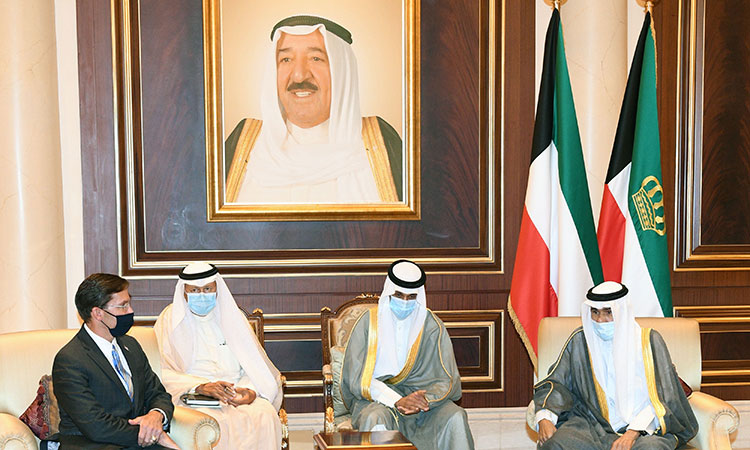 The US Defence Secretary Mark Esper (left) meets with the new emir Sheikh Nawaf Al Ahmad Al-Sabah (right) at the emiri terminal of the Kuwait international airport in the capital on Sunday. AFP

Sheikh Nawaf assumed power after the death last Tuesday of his brother Sheikh Sabah Al Ahmad. The late emir balanced his nation's ties between larger neighbours Saudi Arabia and Iran and kept a strong relationship with the United States, which led a coalition that ended Iraq's 1990-91 occupation of Kuwait.

"He will be remembered as a great man and a special friend to the United States," US Defence Secretary Mark Esper said in comments tweeted by the US Embassy during his visit.

He has yet to name a crown prince to help guide state affairs at a time when low crude prices and COVID-19 have hit state finances and amid tensions between foes Riyadh and Tehran. 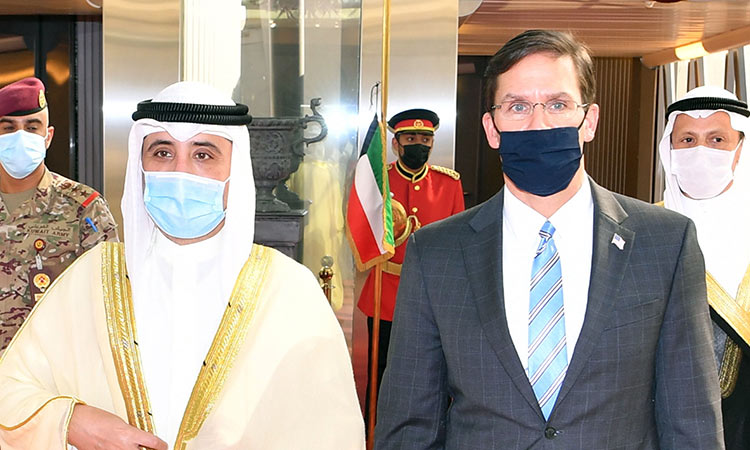 The emir has up to a year to name an heir but analysts expect a decision in coming weeks as senior Al Sabah dynasty members jostle for position. Parliament must approve the choice.

"An appointment would end this competition and send a signal of stability," Dr. Mohamed Alfili, a professor of constitutional law at Kuwait University, told Reuters.

Another potential contender is Sheikh Mohammed Sabah Al Salem, a former foreign minister and the only candidate under discussion from the less powerful al-Salem family branch.

Kuwaiti sources say Meshal, the eldest among them, appears most likely to get the role. 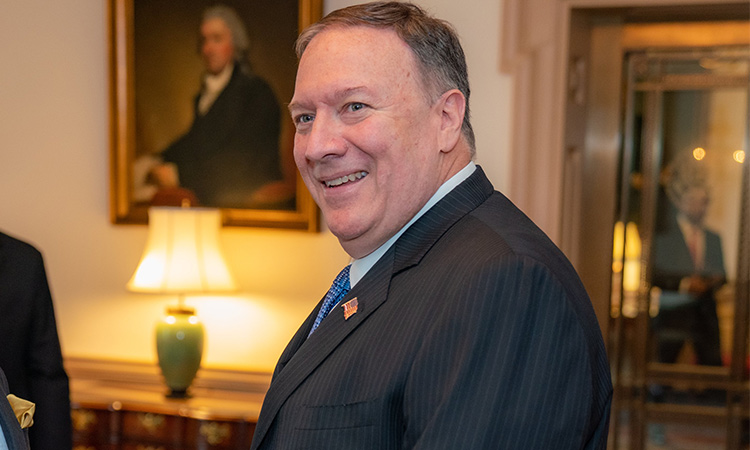