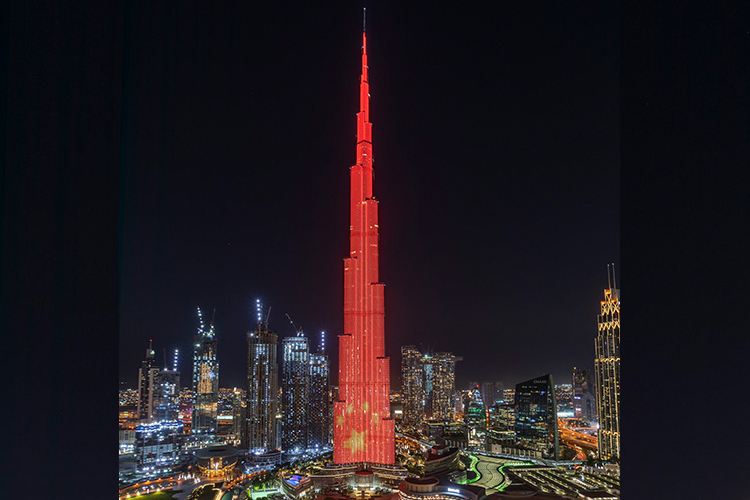 The Chinese national flag is emblazoned on the Burj Khalifa.

Sheikh Mohammed Bin Rashid on Thursday tweeted in Chinese and said, “The people of the UAE extend their warmest congratulations to the Chinese people. We have a long history of relations and important strategic ties with China, and we are looking forward to further achievements and development through these historical relations." 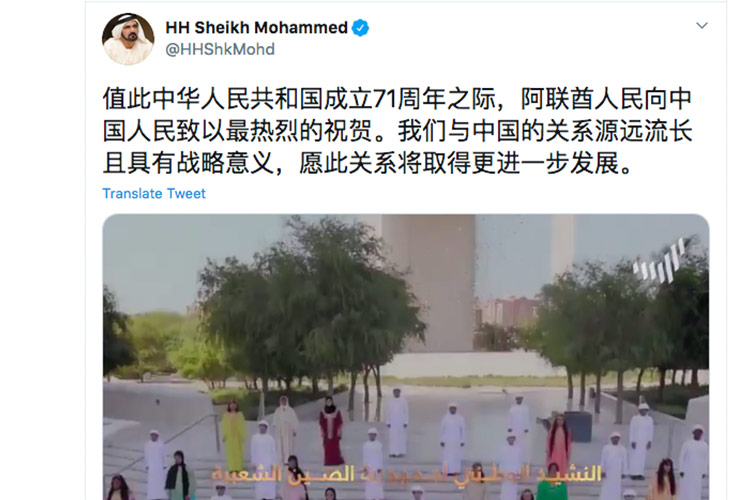 Sheikh Mohamed Bin Zayed also tweeted in Chinese and said, “Congratulations to my friend, President Xi Jinping, and to the people of China, on the occasion of the 71st anniversary of the People's Republic of China. Our countries share a deep friendship & a comprehensive strategic partnership, grounded by our shared objectives of prosperity.” 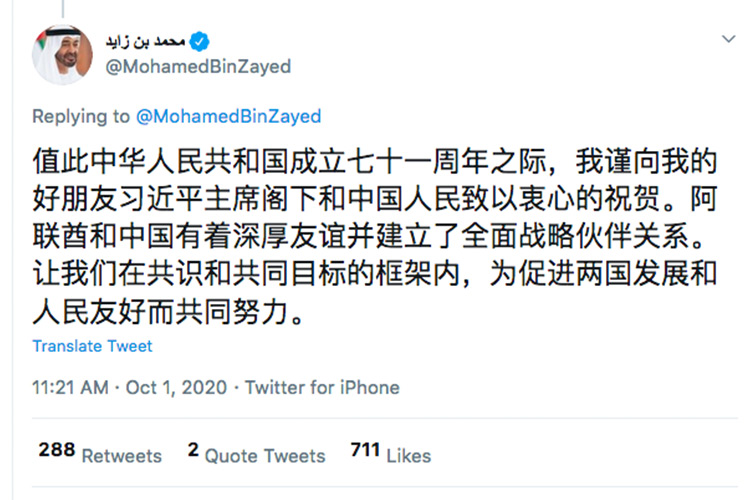 UAE Ambassador to China has congratulated the People’s Republic on its 71st National Day, observed on October 1st.

Ali Obaid Ali Al Dhaheri, UAE Ambassador to China, has lauded the bilateral ties between the two friendly countries, which has reached the level of a comprehensive strategic partnership in all economic, commercial, cultural, political and diplomatic areas.

He also congratulated the Chinese leadership and people on the occasion of their 71st National Day, praising China’s major local and international achievements since that time.