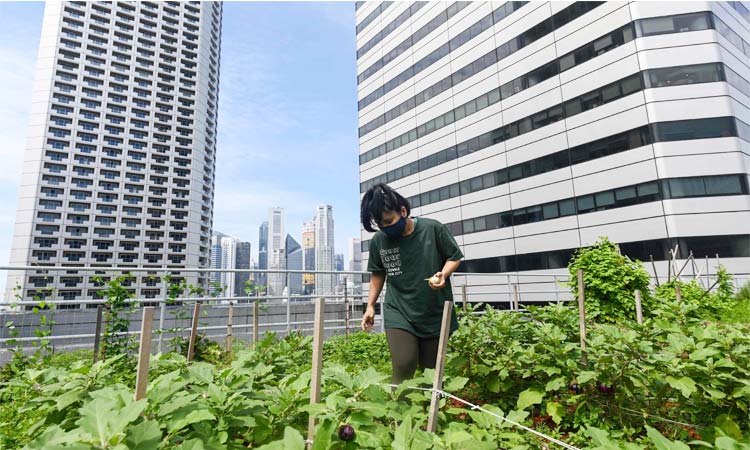 A worker tends to a rooftop farming patch atop the Raffles City mall in Singapore.

On the rooftop of a Singapore shopping mall, a sprawling patch of eggplants, rosemary, bananas and papayas stand in colourful contrast to the grey skyscrapers of the city-state’s business district.

The 10,000 square-foot (930 square-metre) site is among a growing number of rooftop farms in the space-starved country, part of a drive to produce more food locally and reduce a heavy reliance on imports.

The government has championed the push amid concerns about climate change reducing crop yields worldwide and trade tensions affecting imports, but it has been given extra impetus by the coronavirus pandemic.

“The common misconception is that there’s no space for farming in Singapore because we are land scarce,” said Samuell Ang, chief executive of Edible Garden City, which runs the site on the mall.

“We want to change the narrative.” 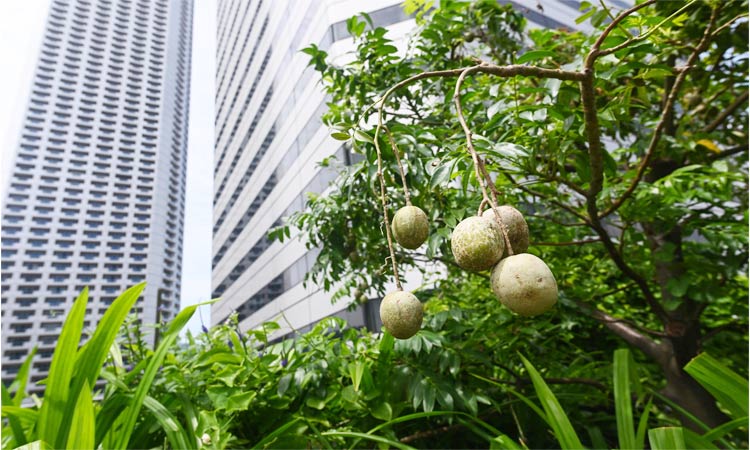 Tropical fruit kedondong grows in a rooftop garden in Singapore.

Urban farms are springing up in crowded cities around the world, but the drive to create rooftop plots has taken on particular urgency in densely populated Singapore, which imports 90 per cent of its food.

Farming was once common in the country, but dwindled dramatically as Singapore developed into a financial hub packed with high-rises. Now less than one percent of its land is devoted to agriculture.

In the past few years, however, the city of 5.7 million has seen food plots sprouting on more and more rooftops.

Authorities last year said they were aiming to source 30 percent of the population’s “nutritional needs” locally by 2030, and want to increase production of fish and eggs as well as vegetables. 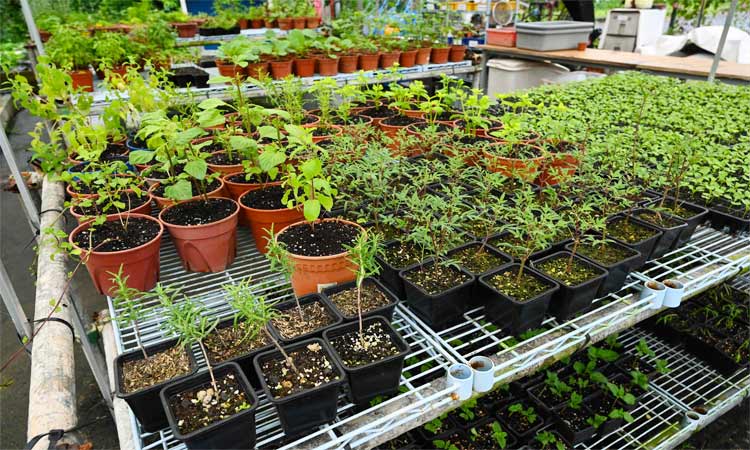 Varieties of edible plants are being grown in a rooftop garden in Singapore.

But they have also created many food gardens in more unusual places, including a former prison, in shipping containers, and on high-rise apartment balconies.

Their farms use only natural pesticides such as neem oil to repel pests.

“What we really want to do is to spread the message of growing our own food. We want to advocate that you really do not need large parcels of land,” said the firm’s chief executive Ang.

The company grows more than 50 varieties of food, ranging from eggplants, red okra and wild passion fruit to leafy vegetables, edible flowers and so-called “microgreens” — vegetables harvested when they are still young.

It is also using high-tech methods.

At one site inside a shipping container, they are testing a specialised system of hydroponics — growing plants without soil — developed by a Japanese company.

The system features sensors that monitor conditions, and strict hygiene rules mean crops can be grown without pesticides.

Edible Garden City’s produce is harvested, packed and delivered on the same day — mainly to restaurants — but online customers can also subscribe to a regular delivery box of fruit and vegetables.

Sales to restaurants slowed when Singapore shut down businesses to contain the coronavirus from April to June, but Ang said household clients grew three-fold in the same period.

William Chen, director of the food, science an