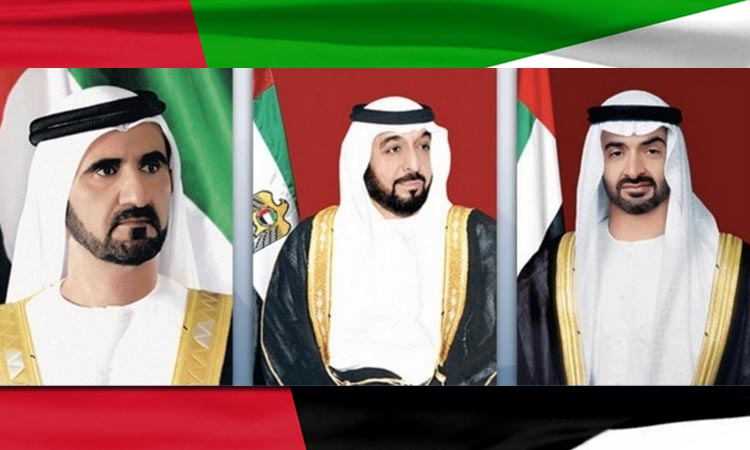 President His Highness Sheikh Khalifa Bin Zayed Al Nahyan, has mourned with great sadness and sorrow the death of the Emir of Kuwait Sheikh Sabah Al Ahmad Al Jaber Al-Sabah, praying to Allah Almighty to rest his soul in Paradise and to grant the State of Kuwait, its people and Al Sabah family patience and solace.

In a statement, the Ministry of Presidential Affairs said that that UAE has lost one of the most prominent leaders from the Arab and Islamic nations who made huge contributions to his people and nation, defended Pan-Arabism and Islamic causes sincerely and loyally. He was one of the pioneers of the joint GCC action, along with fellow GCC leaders, who enhanced the GCC journey.

"We extend our heartfelt condolences to Al Sabah family and the people of Kuwait. We emphasise our full confidence in the farsightedness, fortitude, and the ability of the people of the State of Kuwait and their wise leadership to complete the triumphant journey of the late Sheikh Sabah Al-Ahmad in serving the nation and advancing the course of joint Arab action," the statement said. 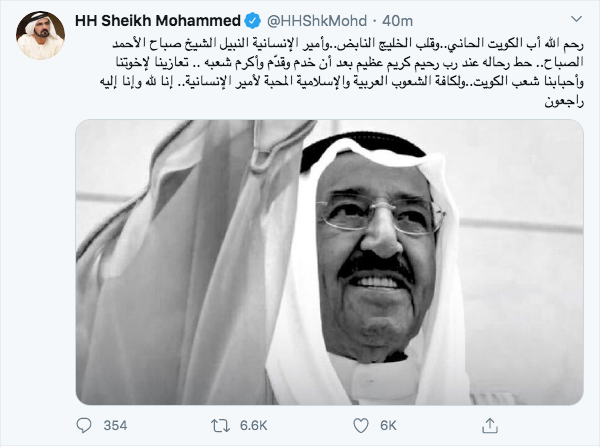 Sheikh Khalifa highlighted Sheikh Sabah's virtues in the humanitarian work field and his efforts in mending fences among brothers. He worked tirelessly to solidify Arab ranks and enhance their cohesion, stressing that the Arab and Islamic nations have lost a great man and a historical leader that did not hesitate to serve the issues of their nation until the last moment of his life.

At the directives of Sheikh Khalifa, the UAE will observe a three-day state mourning with the flag flown at half-mast at all official departments, embassies, and UAE's diplomatic missions outside the country. 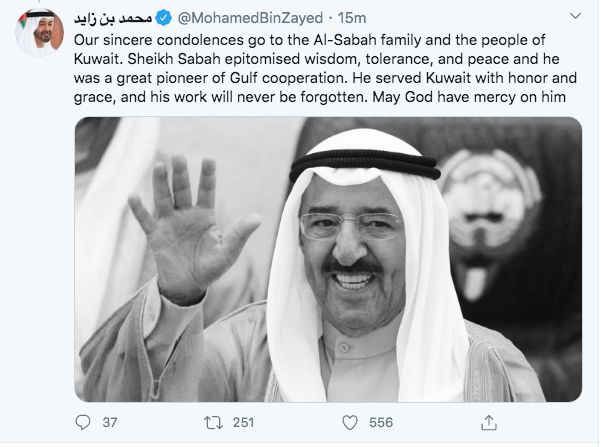 The high regard for Sheikh Sabah could be seen in the outpouring of support for him across the Mideast as he suddenly fell ill in July 2020, leading to a quick hospitalisation and surgery in Kuwait City amid the ongoing coronavirus pandemic. Authorities did not say what ailed him. 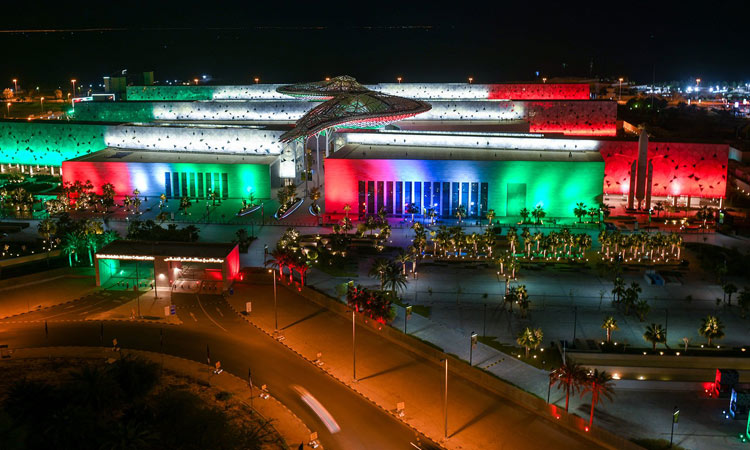