Motorcyclist dies on the spot in Ras Al Khaimah collision 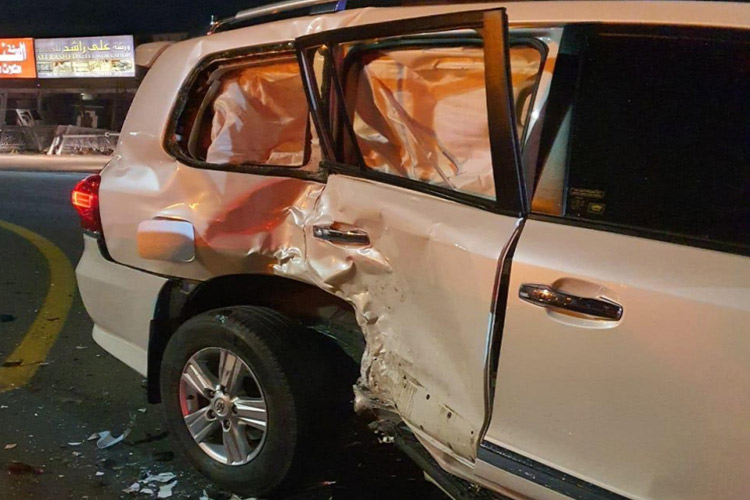 The damaged vehicle sits at the accident site.

An Asian man, 25, was killed in a collision between the motorbike he was riding and a four-wheel drive vehicle led by an Arab, 25, on Al Faliya Street in Ras Al Khaimah, on Monday.

Brigadier Ahmed Al Sam Al Naqbi, Director of Traffic and Patrols Department at Ras Al Khaimah Police, stated that a report was received by the operations room at 11:48pm on Monday evening about a collision between a motorcycle and a four-wheel drive vehicle, as a result of which the motorcyclist was seriously injured and died on the spot.

National ambulance and police patrols rushed to the place, he added, noting that the body of the deceased was transported to the hospital for delivery to his family for burial. Meanwhile, the competent traffic authorities received the file of the accident to complete the legal procedures.

Al Naqbi called on drivers and road users to enter streets only after making sure that they are completely clear of vehicles so as to avoid such unfortunate accidents that claim the lives of innocent people and hold those who cause them accountable.