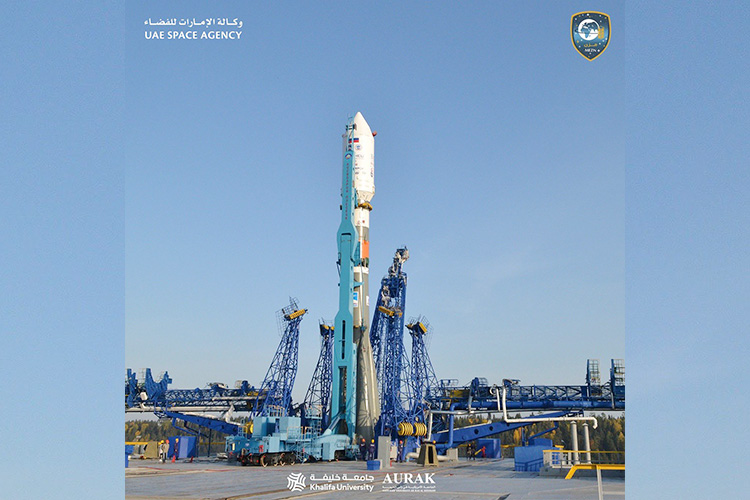 The Russian rocket Soyuz-2 has successfully lifted off, carrying MeznSat to Earth’s orbit from the Plesetsk Cosmodrome in Russia.

The UAE's MeznSat, a national project in partnership between UAE Space Agency, American University of Ras Al Khaimah (AURAK) and @Khalifa University,  lifted off aboard a Soyuz-2b rocket from the Plesetsk Cosmodrome in Russia at 3:20pm (UAE time).

Sarah Al Amiri, UAE Minister of State for Advanced Technology said, “This program demonstrated the ability to complete long-term projects within an educational setup that provided the students a unique opportunity to apply their knowledge.”

MeznSat aims to enrich scientific research and organise space-related activities while studying the Greenhouse Gas and red tide phenomenon in the UAE's atmosphere. 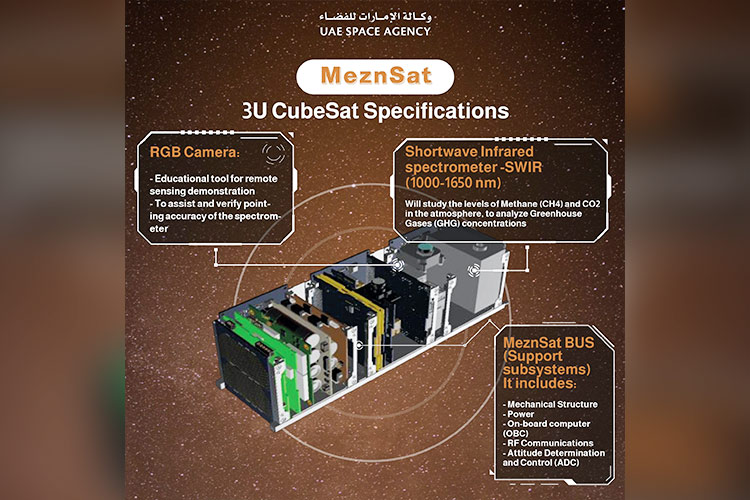 The Agency confirmed completion of all special preparations for placing the satellite on the launch pad and successfully conducting experiments and final checks regarding the readiness of the satellite.

With this launch, “MeznSat” will join the 10 satellites launched by the UAE to develop the national capabilities, to enhance scientific research activities, and to regulate the activities of the national space sector.

The new satellite is scheduled to reach orbit next November, that is, a month after its launch. Once in orbit, the team of students will then monitor, process and analyse the data from a ground station in the UAE.

The processes and expertise involved in monitoring the atmosphere are similar to those employed during conventional earth observation programmes.

The project will support Emirati young people in developing the skills necessary for the UAE’s ambitious National Space Programme and its future projects.

Using a visible camera, as well as a shortwave infrared spectrometer, the satellite will measure the abundance and distribution of methane and carbon dioxide in the atmosphere.

It will also provide valuable insight into the concentration of nutrients in the coastal waters of the Arabian Gulf, which will allow for more accurate predictions of algal blooms and support the timely implementation of relevant precautionary measures.