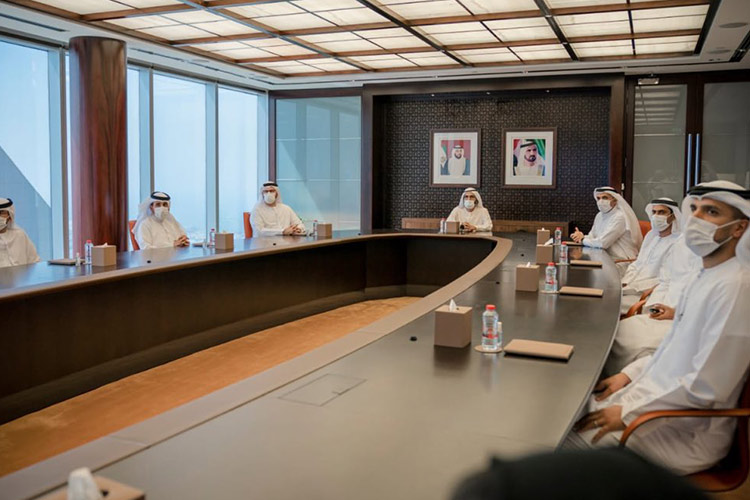 Sheikh Mohammed is being briefed about new strategy of the Mohammed Bin Rashid Space Centre in Dubai on Saturday.

His Highness Sheikh Mohammed Bin Rashid Al Maktoum, Vice President, Prime Minister and Ruler of Dubai, was briefed on Saturday about the new strategy of the Mohammed Bin Rashid Space Centre (MBRSC) 2021-2031 launched by the centre on Saturday to shape its work in the coming decade to enhance global competitiveness and strategic partnerships of the space sector in the country, as well as establish a new phase of Emirati potential in the space exploration and technology fields and other related industries.

The strategy also covers the UAE project to explore the moon and send the first Arab mission with national competencies by 2024, in addition to the ambitious Mars 2117 strategy that employs the latest human knowledge to explore outer space. 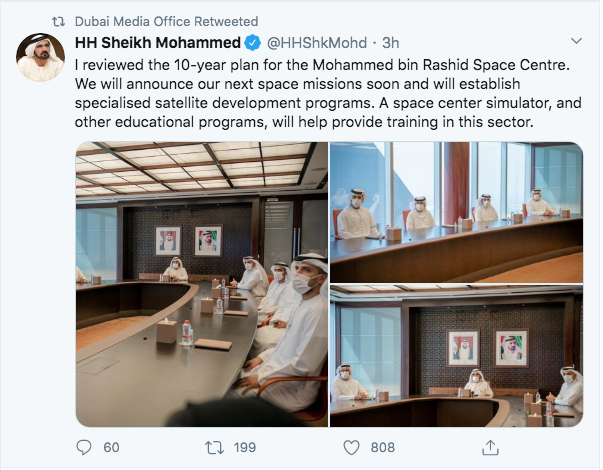 It also includes a satellite development programme to enhance the industry's expertise at the national level and sustain data provision by Emirati satellites, such as DubaiSat-4, KhalifaSat, and Mezn Sat.

On his Twitter account, Sheikh Mohammed said, "The UAE's ambition in the space sector explores, plans and makes the future. Our youth, engineers and pioneers open new horizons in the science, technology and innovation fields in this vital sector for the future of our world."

He added, "The space sector in the country represents a tributary to the Arab space sector with the experiences it has gained and the knowledge it has developed and the strategic partnerships it has held. Its future programmes for training national cadres in the space sector and building satellites will be supported by knowledge, data and innovations academic and scientific research institutions in the Arab world and the world for the benefit of mankind."

Sheikh Mohammed emphasised that the future strategies and programmes developed by the UAE in the space sector enhance its position in the club of pioneering countries in space exploration and development of international cooperation in this sector, as they support the knowledge-based economy and innovation and qualify a capable generation of national cadres who acquired knowledge and experience, and inspire generations of Arab youth in the region and increase their ambition, challenge and excellence in all fields. 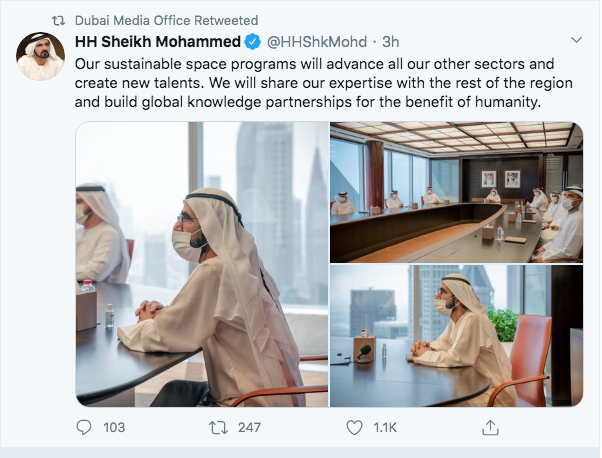 The Vice President also learnt about the future timeframe for the most important strategic projects according to three axes, including the Hope Probe, the Environmental Monitoring Nanometric Satellites; the Emirates Moon Exploration Project, and the second mission for astronauts, within the space missions axis, the Innovation and Development Centre, food security research in space, and the Emirates Space Simulation Programme, the Mars Science City project, as part of the research and development axis, the space entrepreneurs programme, the International Astronautical Congress, and the World Organisation for Sustainability in Space within the axis of sustainability.

Hamad Obaid Al Mansoori, Chairman of the Board of Directors of the Mohammed Bin Rashid Space Centre, said, "We are embarking on a new phase of the centre’s journey with unlimited support from the leadership to achieve leadership and excellence in this vital sector for the future of humanity and supported by solid foundations and benefiting from what we have achieved so far."

Yousuf Hamad Al Shaibani, Director-General of the Mohammed Bin Rashid Space Centre, said, "Our ambition to bolster the UAE's position among the leading countries in the international space sector was the basis for setting up the objectives of our strategy for the next decade and our goal now is to continue to focus on research, development and sustainability to accomplish these goals." 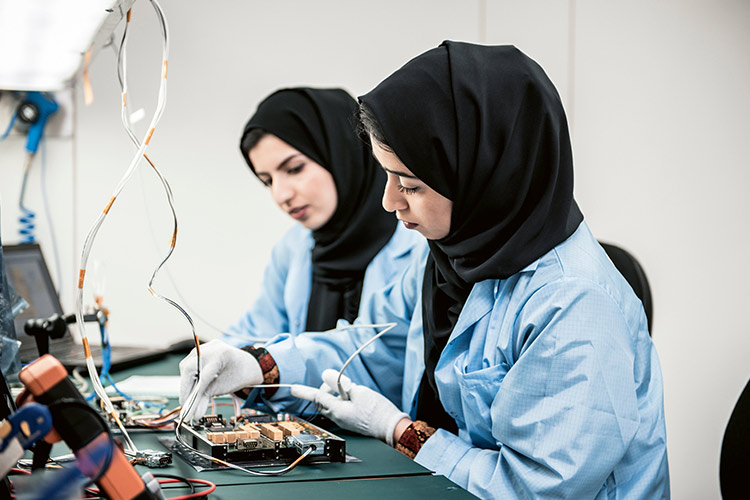 In the run up to the first Arab probe lift-off to Mars, VP launches ‘Arab Space Pioneers’ programme

Overseen by the UAE Space Agency, the programme will equip young Arab researchers, scientists, inventors and creative talents with skills and expertise required to lead a career in the growing space sector.