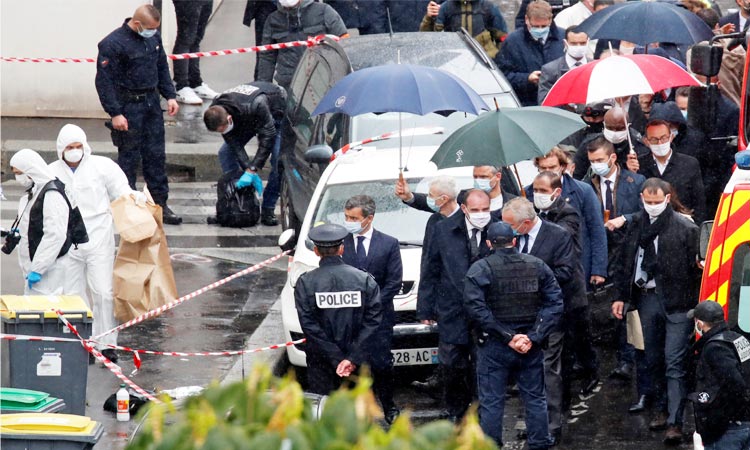 Stabbing attack took place near the former offices of Charlie Hebdo, in Paris.

The source added another person close to the suspected attacker and believed to have been a former roommate in a hotel north of Paris had been arrested, following a series of other arrests on Friday evening. 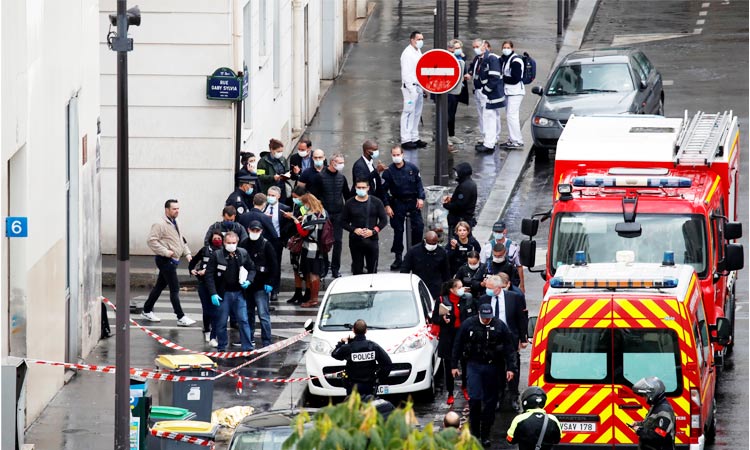 Police officers investigate the scene of an incident in Paris.

On Saturday morning, seven people remained in custody including the suspected attacker.

The attack took place in front of a building where militants gunned down employees of satirical magazine Charlie Hebdo in 2015, sparking concerns over a possible news series of deadly attacks in Paris and elsewhere.

Police quickly detained the man suspected of carrying out the attack next to the steps of an opera house about 500 metres away. 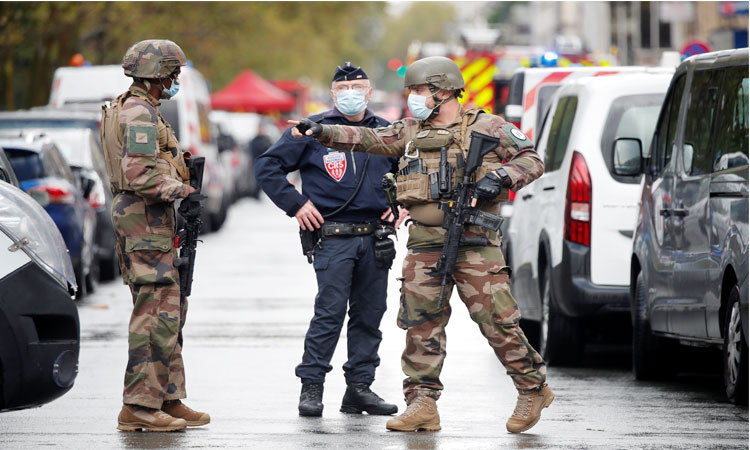 Security forces guard the scene of an incident in Paris.

The suspected attacker was from Pakistan and arrived in France three years ago as an unaccompanied minor, Interior Minister Gerald Darmanin said.

A second suspect was detained moments after the attack and prosecutors were trying to establish his relation to the attacker. He was released free of charge, the source said. 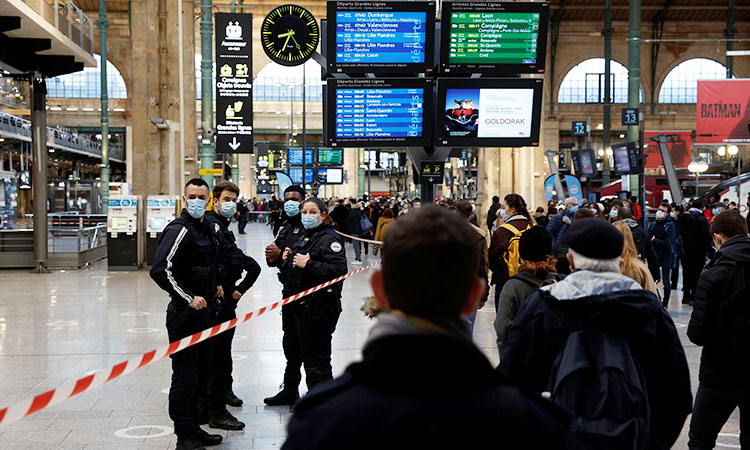 The man attacked two police officers on patrol at the station, one of Europe's busiest, with a 30-centimetre (12-inch) knife with the English slogan ACAB (All Cops Are Bastards) written on the blade, according to prosecutors. 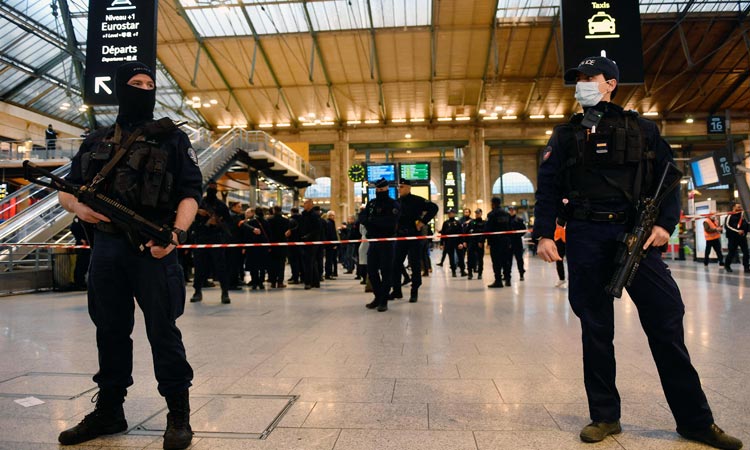 Interior Minister Gerald Darmanin told reporters the man attacked travellers with what looked like a home-made weapon at 5.42 GMT (9.42 UAE time) at the entrance and inside the station.

5 stabbed at Hanukkah celebration in latest attack on Jews

Police tracked a fleeing suspect to Manhattan and made an arrest within two hours of the attack Saturday night in Monsey. Grafton E. Thomas had blood all over his clothing, smelled of bleach but said "almost nothing” when officers stopped him, officials said.