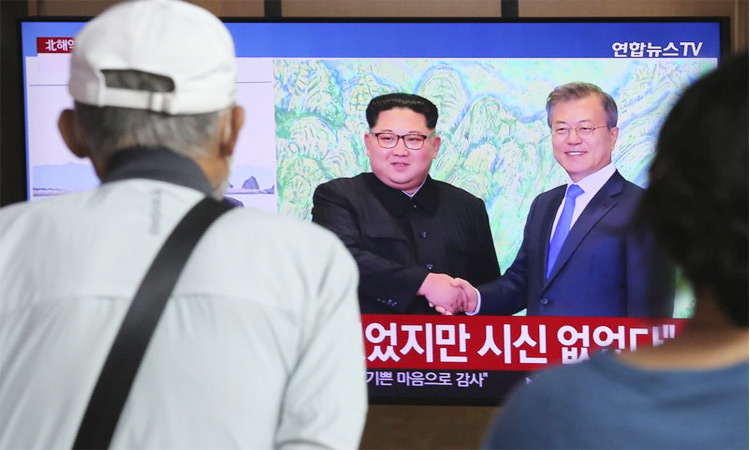 People watch a TV showing a file image of Kim Jong Un and Moon Jae-in during a news program.

Seoul could also possibly call for a joint investigation into Tuesday’s shooting, which sparked outrage in the South and drew a rare apology from North Korean leader Kim Jong Un.

Kim was quoted as saying he was “very sorry” over what he described as an “unexpected, unfortunate incident” in a message sent by Pyongyang’s United Front Department, a North Korean government agency in charge of inter-Korean relations.

However, the North Korean message, which was announced by the office of South Korean President Moon Jae-in on Friday, largely passed the blame for the shooting to the South Korean official, claiming that he refused to answer questions and attempted to flee before North Korean troops fired at him.

South Korean officials during a presidential National Security Council meeting on Friday evening concluded that further investigation was needed because the North’s account of the incident was different from what was gathered by South Korean intelligence, Moon’s office said.

“We have decided to request the North to conduct an additional investigation and also request a joint investigation with the North if needed,” the Blue House said in a statement. It said the South will also “swiftly take measures to further strengthen surveillance posture” in waters off the country’s western coast to prevent similar incidents.

South Korea’s coast guard was deploying dozens of vessels and hundreds of officers to search waters near the western sea border on Saturday for the official’s remains. The North’s state media have yet to report on the incident or Kim’s apology.

South Korea earlier accused the North of shooting the man, who was likely trying to defect, and burning his body after finding him on a floating object in North Korean waters. South Korean officials condemned what they called an “atrocious act” and pressed North Korea to punish those responsible.

But North Korea in its message said that troops first fired blanks after the man refused to answer questions other than saying he’s from South Korea a couple of times. Then, as he made moves to flee, the North Korean troops fired 10 rounds. When they came near the floating object, they only found lots of blood but no sign of him. The troops determined he was dead and burned the floating object in line with anti-coronavirus rules, the message said.

North Korea has previously expressed “regrets” when it wanted to lower tensions triggered by incidents involving South Korean casualties, such as the 2015 front-line mine blasts that maimed two South Korean soldiers and the 2008 shooting death of a South Korean tourist in North Korea. But it’s rare for a North Korean leader to do so. 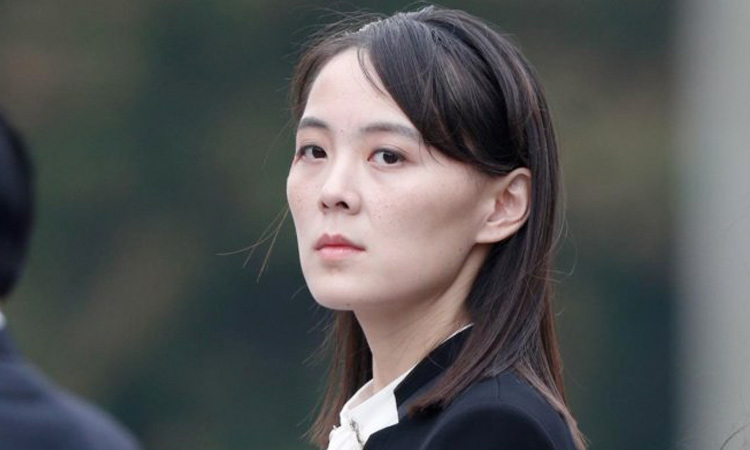