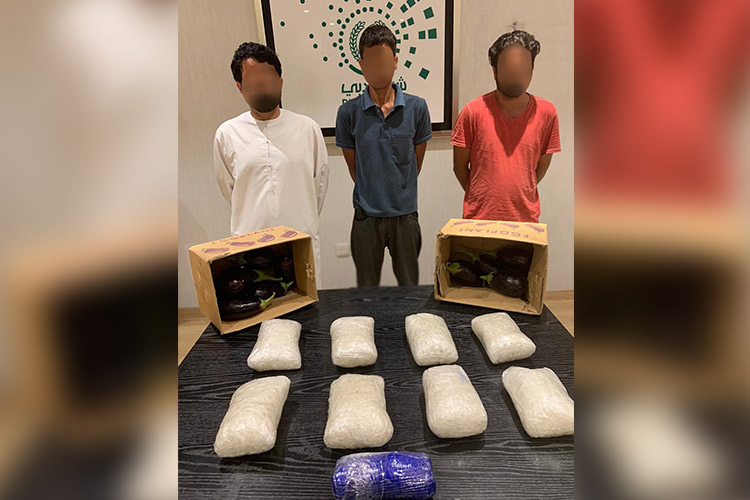 The suspects with seized drugs.

The Dubai police has successfully thwarted a drug-trafficking operation and seized 9kg of crystal and hashish that were promoted by a gang.

Police revealed that they received confidential intel from Dubai Customs about ongoing suspicious activity between a gang of three men, of the same nationality.

The intel indicated that the first and second suspects had reached one of Dubai’s ports through a boat, in order to smuggle 8kg of crystal and 1kg hashish, and deliver it to the third suspect.

An ambush plan was set by police, and an undercover police officer was assigned to deal with the suspects and execute the bust.

The undercover officer set a meeting, and accordingly, the first and second suspect arrived to deliver 8kg of crystal myth that were hidden under vegetable boxes.

Afterwards, police surrounded the place and apprehended the two suspects. The both confessed to their crime and claimed that the drugs were going to be sold to the third suspect for Dhs2,000.

The third suspect was later tracked and arrested while in possession of 1kg of hashish.