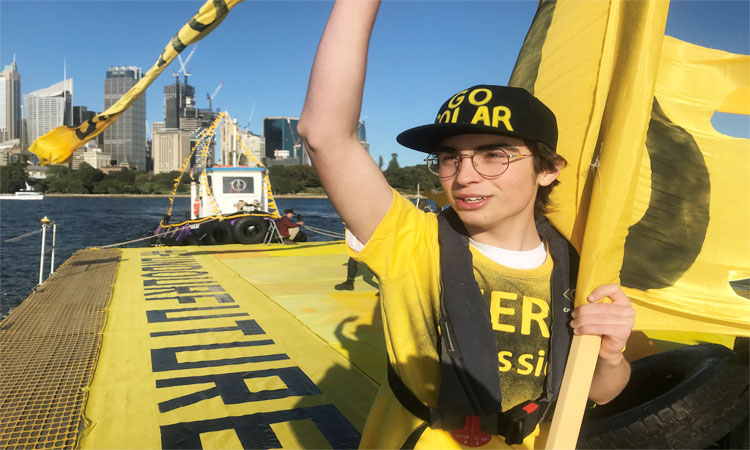 Ambrose Hayes rides on a barge during a climate rally in Sydney.

Australian school student Ambrose Hayes, 15, should be at home studying but instead he is in court trying to protect his future from climate change.

Hayes is one of eight students who have launched a class action to stop the environment minister approving an expansion of a coal mine arguing it will endanger their futures.

The students argue the Environment Minister Susan Ley has a duty of care to protect them from climate change and the expansion of Whitehaven Coal’s Vickery coal mine in New South Wales state will contribute to climate change and endanger their future.

Less than two years ago, Hayes was at school frustrated by what he perceived as inaction to lower carbon emissions. Now, he is a leading climate activist in Australia.

“I shouldn’t have to be doing this. I should be a ‘normal kid’ going to school and not having to worry about this. But the government has left us no choice. The last generations have left us not choice. We need to stand up,” Hayes told Reuters.

Climate change has been a divisive topic in Australia, one of the world’s largest per capita carbon emitters. The country’s conservative government has won successive elections on a platform of supporting Australia’s dominant fossil fuel sectors.

But massive bushfires earlier this year, which experts said were stoked by a drought exacerbated by climate change, have elevated climate change as an issue for many, especially with fires expected in a few months when Australia’s summer returns.

“More bushfires. More extreme events that we’ve been experiencing last year. It’ll be a lot worse in the strength and the power,” said Hayes. 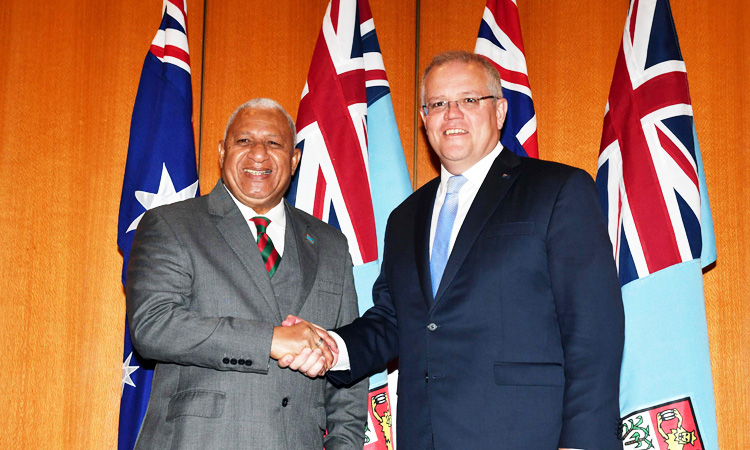