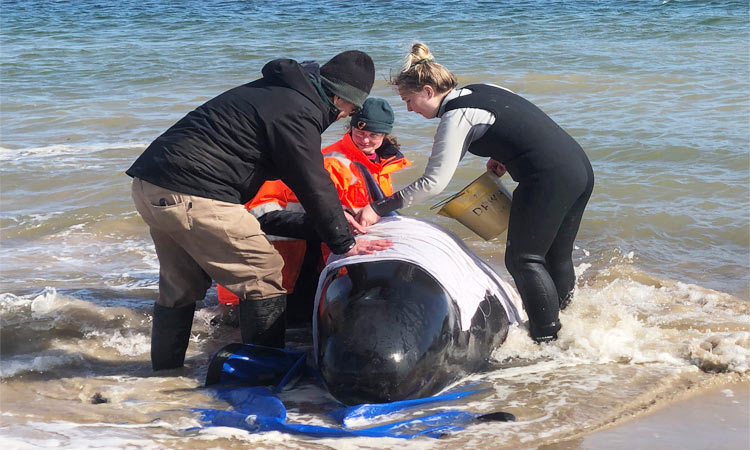 People are helping a whale in Macquarie Harbour.

Rescuers had managed to free around 70 of the long-finned pilot whales beached off the country's remote southern coast by Thursday afternoon. The majority of those freed had reached deeper water, officials said, but four were likely to be euthanised and others might return when the tide turns. 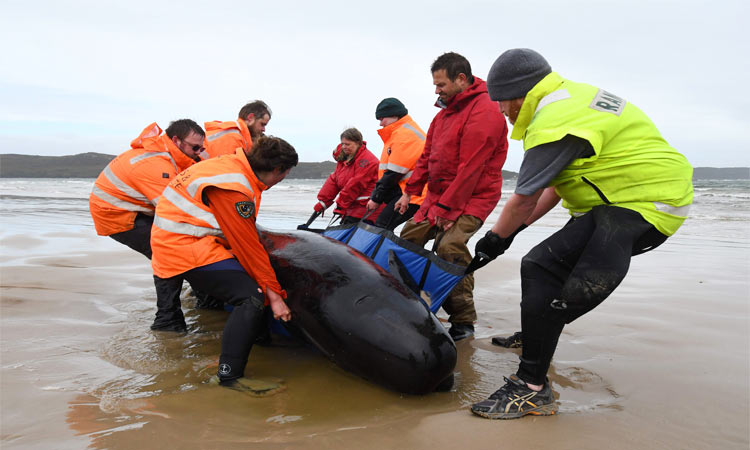 Rescuers are working to save a pod of whales stranded on a beach in Macquarie Harbour.

The clock was ticking for the remaining 20 whales still floundering in shallow water on a wide sandbank, four days after the 470-strong pod was first spotted off the northwest coast of the island state of Tasmania.

“Beyond the next 24 hours, any remaining animals that are alive will be less viable,” said Nic Deka, the incident controller for the state government's Parks and Wildlife Service.

As result, authorities were developing a plan to dispose of at least 380 whales at sea, an operation that Deka said could take days. 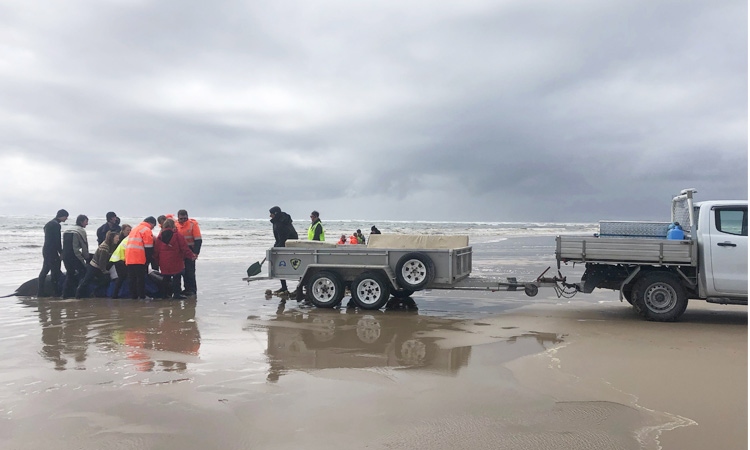 A whale is being loaded onto a trailer in Macquarie Harbour.

“Our preference is for disposal at sea, we're still taking expert advice as to exactly where the drop off point may be,” Deka said, noting the decomposing whales could pose an environmental health risk.

Marine biologists warned the task would be tricky.

Saudi takes a ride on whale shark in the Red Sea

“Dealing with over 400 dead whales is a real problem,” said Vanessa Pirotta, a marine scientist at the Macquarie University. “(It) would have to be very far out.”

The stranding, the biggest on record in modern Australia, has drawn attention to a natural phenomenon that remains largely a mystery to scientists.

A rescue team of more than 60 government scientists and volunteers had dashed to the remote location, braving freezing cold waters in an arduous refloating process. As many as four or five people per whale were needed to attach slings to the animals and guide them as they were pulled to deeper water by boats.