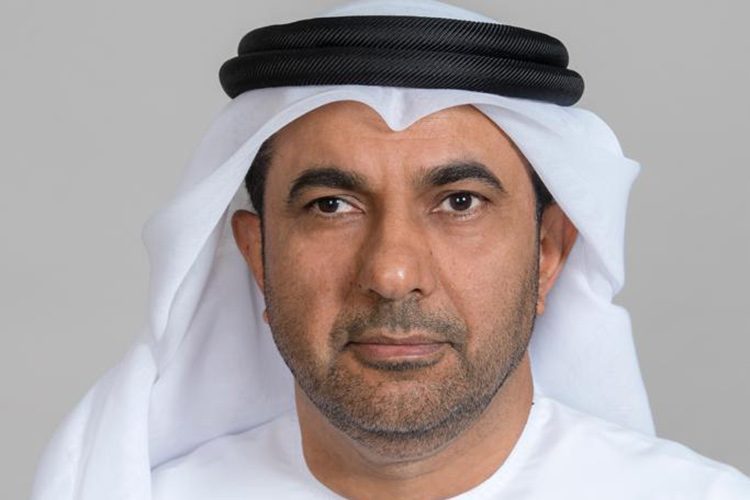 As a former military man,  Matar Al Nuaimi, Director General of the Abu Dhabi Public Health Centre and Director of the Emergency and Disaster Management Division, knows very well the importance of being prepared for a major battle.

“I believe in the importance of training in all fields,” says Matar, an ex-Staff Colonel in the UAE Armed Forces. “I know that by training thoroughly and effectively you can accomplish at least 70% of your mission, as I contributed in training high-level medical staff while I was in the military.”

But unfortunately, few people in the world were prepared for the events that unfolded in the next weeks and months following the news in January 2020 of a novel coronavirus that emerged in China.

It quickly became the biggest battle of his life – from mobilising a huge part of the UAE’s response of ongoing and determined work to supporting the great efforts made in the UAE’s response to the pandemic, to being struck down with COVID-19 himself and performing his job from a hospital bed in medical isolation site for 20 days.

He recounts some details of his battle saying: “It was fate. It was my fate to deal with COVID-19 both professionally and as a patient.

“On the 8th of February I started getting sick - I had a fever and a feeling that it was COVID-19, so I went directly to the hospital and got tested.

“I had the sickness symptoms when the test results came out positive, it was very stressful for me and my family, but I was determined not to stop performing my duty for a single day even though I was in isolation. I felt that my duty was pushing me to continue working, I wanted my teams in Abu Dhabi, Al Ain, Al Dhafra to see me on a daily basis, aiming to promote the idea that no matter what we are going through, we all are in this fight together, to serve our part toward our country and the UAE community.”

His Highness Sheikh Mohamed Bin Zayed Al Nahyan, Crown Prince of Abu Dhabi and Deputy Supreme Commander of the UAE Armed Forces, called him personally during his hospital stay to check on him, and that is not a strange thing for His Highness or the leaders of this country.

Matar Al Nuaimi’s determination to support the nation’s efforts is palpable and his ‘lead by example’ approach has been highly effective. However, he explains, his personal experience was minor compared to the larger task at hand.

Al Nuaimi says: “The story really began a long time ago, following a statement from the World Health Organisation made about a big risk posed by a potential pandemic of an infectious disease transmitting through airborne particles. This led to mobilise all efforts in preparation for the disease, which we already have the means of defence and pre-emptive action against and it has subsequently proved to be an important and effective element in our response to COVID-19 when it eventually came.”

The index included training, medical capabilities and equipment, communication and integration of the UAE’s many health care systems. “This was all before COVID-19 actually hit,” says Matar. “Therefore, we were keen to start some necessary procedures to introduce health workers about the pathological case in the health sector, which was on January 21st, sending a circular and notification to all concerned that the infection will inevitably reach the UAE, and that immediate preparation and processing is the first thing we do.”

The action was swift, decisive, and multi-faceted: educating medics on the symptoms, bringing an early reference sample of the virus to the laboratory at Sheikh Khalifa Medical City, quickly growing the number of labs, launching 39 mobile surveillance teams for public screenings, pro-actively testing the vulnerable, identifying and opening isolation centres and field hospitals. In addition, another important and vital element is informing and educating the public about all information related to the disease, coinciding with aligning with multiple concerned Government agencies.

Matar says: “We did not want to overwhelm the health sector; putting that amount of pressure on the healthcare system could result in unwelcomed outcomes – you will not be able to do anything else.”