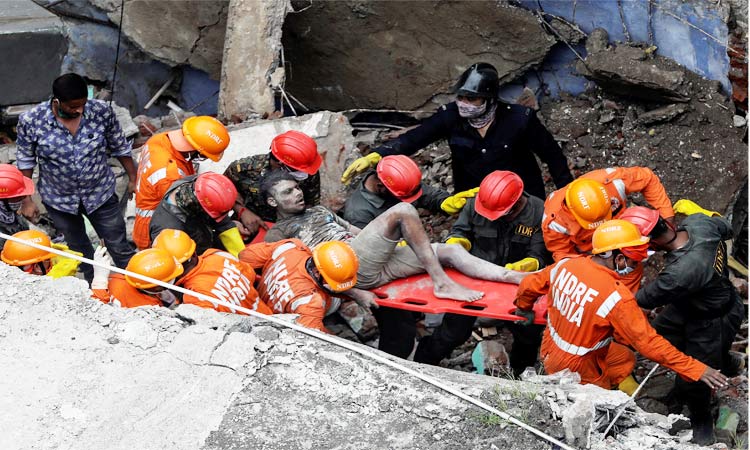 Officials rescue a man from the debris after a three-storey residential building collapsed in Bhiwandi, Mumbai.

The accident in the city of Bhiwandi, which neighbours India's financial capital Mumbai, occurred around 3:40 am (2210 GMT Sunday), local authorities said. 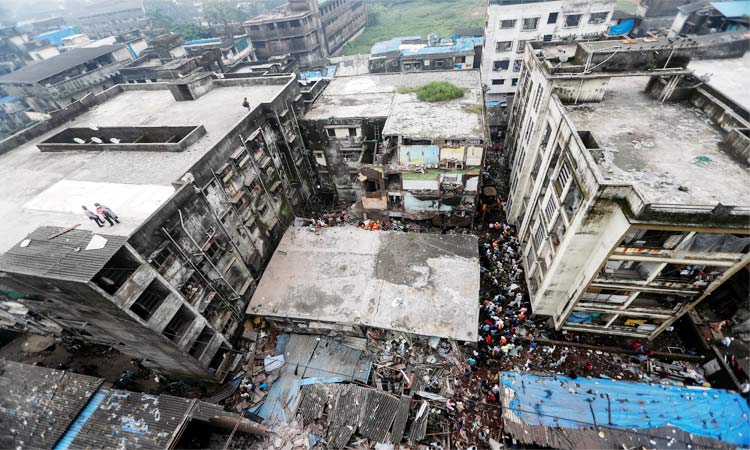 A three-storey residential building collapsed in Bhiwandi on the outskirts of Mumbai.

“Ten people have died, we have rescued 11 people alive,” an official at the Thane city authority, which oversees Bhiwandi, told AFP.

More than 40 emergency workers had arrived at the scene, the official said, including a team of 30 rescuers from the National Disaster Response Force (NDRF).

The cause of the accident was not immediately clear, but building collapses are common during India's June-September monsoon, with old and rickety structures buckling after days of non-stop rain.