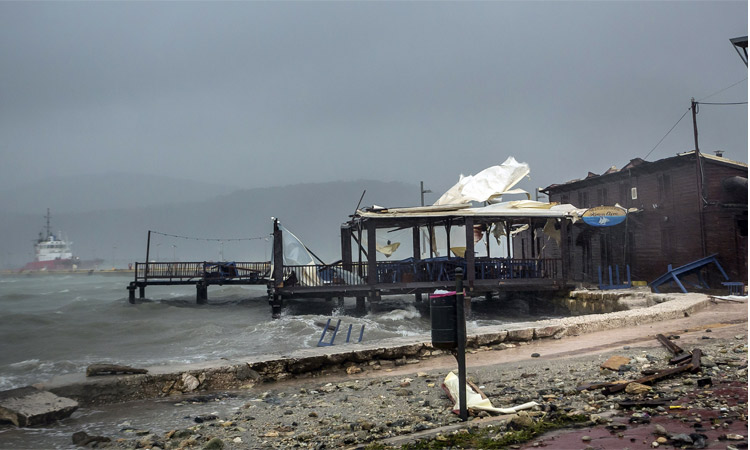 Waves break on a seaside tavern during a storm at the port of Argostoli, on the Ionian island of Kefalonia, western Greece, on Friday.

Storm “Ianos” uprooted trees and caused power cuts on the Ionian islands and the western Peloponnese on Friday. It then swept through central Greece, hitting mainly areas around the cities of Karditsa and Farsala.

The body of an elderly woman was found in a flooded house in a village near Farsala, fire brigade officials said. 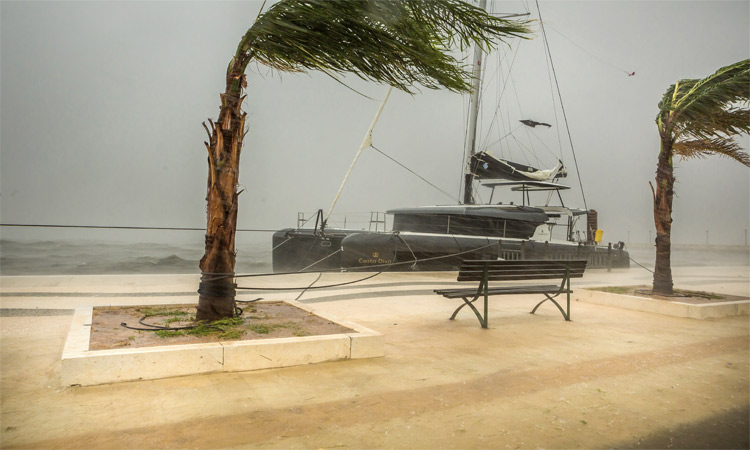 A vessel is docked during a storm at the port of Argostoli, on the Ionian island of Kefalonia, western Greece, on Friday.

Authorities were searching for two more people who had been reported missing, police officials said.

A fire brigade official later said a 63-year-old man was found dead near a hospital in Karditsa. It was not immediately clear whether he was among the two people reported missing.

The heavy rainfall turned the city of Karditsa, in one of Greece’s biggest plains, into a lake, TV images showed. One bridge collapsed. 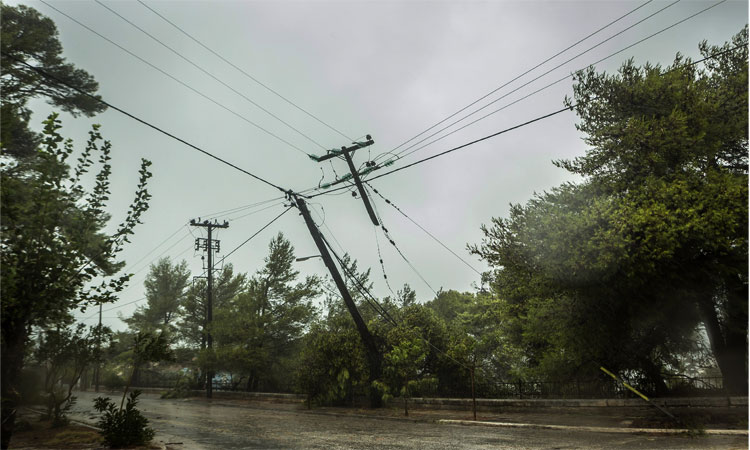 Damaged power and telecommunication lines are seen during a storm at the port of Argostoli, on the Ionian island of Kefalonia, western Greece, on Friday.

Train connections between Athens and the northern city of Thessaloniki were suspended.

Since the storm first hit Greece, the fire brigade said it had received more than 2,450 calls for assistance to rescue trapped people, cut down trees, and pump out water from homes and stores.

The electricity grid was struggling to cope, and efforts were being made to restore power in Karditsa and the Ionian islands. Five vessels sank off Zakynthos and Lefkada on Friday, the coast guard said.

On Saturday, the storm reached the greater Athens region, Attica. There were no reports of damage so far.

Cyclones like Ianos were first recorded in Greece in 1995 and have become more frequent in recent years. A similar storm hit the country in 2018. In 2017, flash floods killed 25 people and left hundreds homeless.