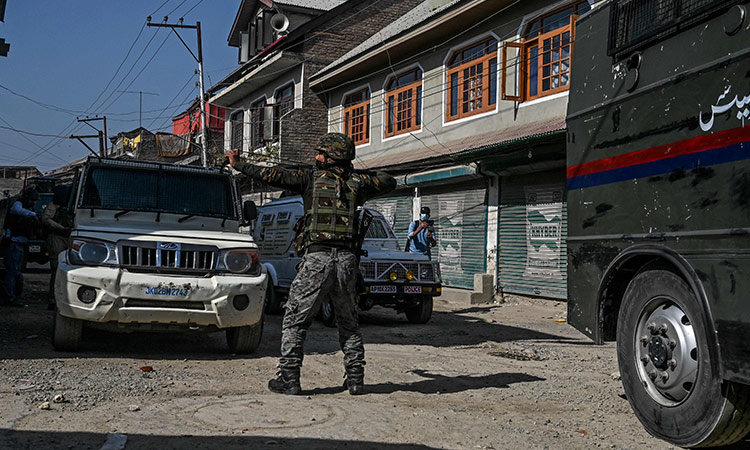 A security personnel aims a slingshot in Batamaloo.

Soldiers deployed by New Delhi have long been accused of abusing their emergency powers in Kashmir, a territory India claims in full.

The three men -- cousins whom the army claimed were suspected "Pakistani terrorists" -- were killed on a counterinsurgency operation on July 18 in the southern Kashmir valley, and buried in remote border area.

But their families, who identified their bodies from pictures on social media, said they were local labourers.

The incident generated outrage in Kashmir, with political groups, rights activists and many residents demanding an independent probe into the deaths. 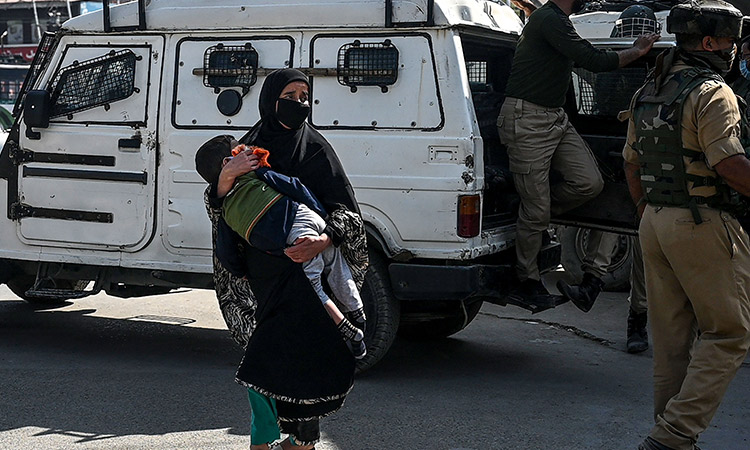 A resident carrying her child walks near security personnel standing guard in Batamaloo.

On Friday, army spokesman Rajesh Kalia said the soldiers on the operation had "exceeded" their powers and "contravened" the guidelines governing military conduct in Kashmir.

"Disciplinary proceedings" would be taken against those responsible, Kalia added.

A concurrent police investigation into the killing had yet to establish the involvement of the three men "with terrorism or related activities," the army statement added.

Police normally accompany soldiers on such operations, although officials said this had not happened on the July operation.

The men's families say the awaited results of a DNA test ordered as part of the investigation will prove they were local men. 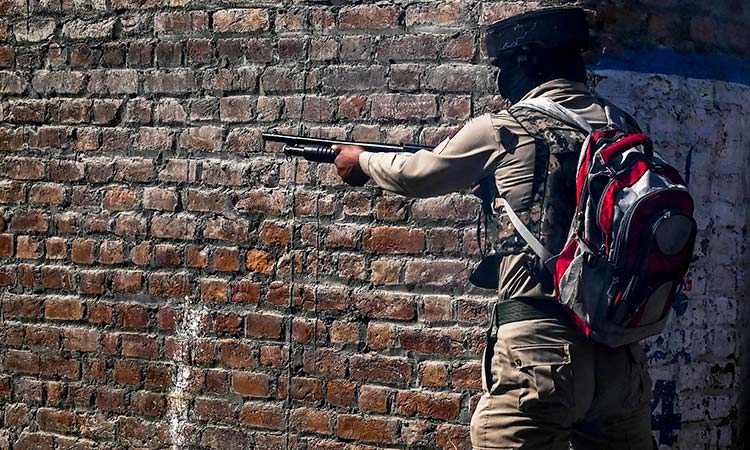 A security personnel aims a pellet gun in Batamaloo.

The "fake encounter" in July revived memories of similar incidents across the restive territory where a three-decade-old separatist insurgency has left tens of thousands of dead, mainly civilians.

In 2010, three Indian army officers were found guilty of killing three labourers who had been branded as Pakistani infiltrators near the disputed border know as the Line of Control.

The killings sparked months of protests that left more than 100 civilians dead.

In 2000, the army claimed it had killed five "terrorists" responsible for the massacre of 35 Sikhs, but an investigation found the five were locals killed by soldiers in a staged gun battle.

A slew of special emergency laws protect Indian soldiers serving in Kashmir from facing trial in civilian courts, and convictions in military courts are extremely rare. 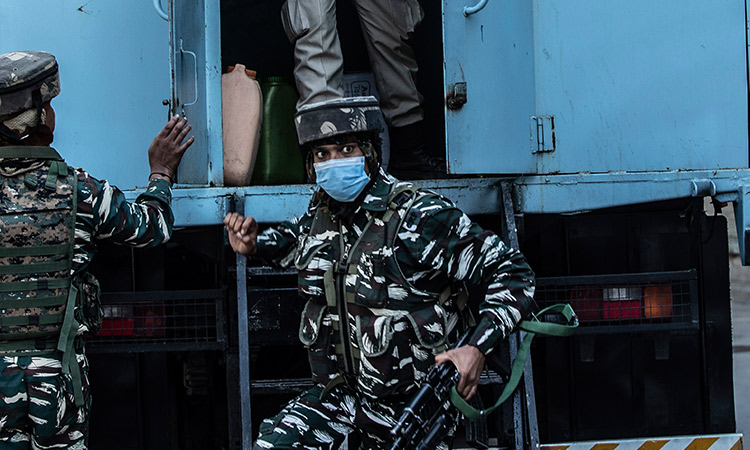 Officials say three suspected rebels and a 45-year-old woman have been killed during a gunbattle between government forces and anti-India rebels in the main city in disputed Kashmir.