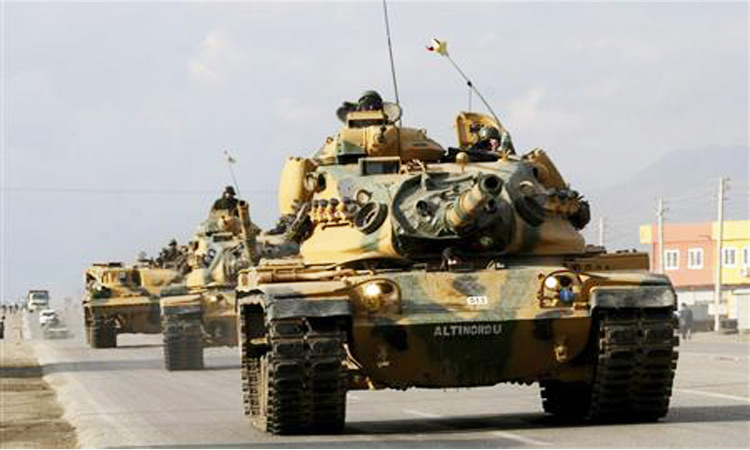 Turkish tanks roll toward a base near the Turkish-Iraqi Habur border gate.

Turkey has regularly attacked Kurdistan Workers Party (PKK) militants, both in its mainly Kurdish southeast and in northern Iraq, where the group is based. In June, Ankara launched a new ground offensive, dubbed Operation Claw-Tiger that saw Turkish troops advance deeper into Iraq.

The ministry said “harassment fire” by rocket launchers on Thursday killed the two troops at one of Turkey's bases in neighbouring Iraq.

The PKK, designated a terrorist group by Turkey, the United States and the European Union, took up arms against the Turkish state in 1984. More than 40,000 people have been killed in the conflict focused in southeast Turkey.

In a separate statement, the Interior Ministry said 71 PKK militants had been killed since July 13 as part of a series of operations within Turkey, dubbed the “Lightning Operations,” and added 38 collaborators had also been captured. 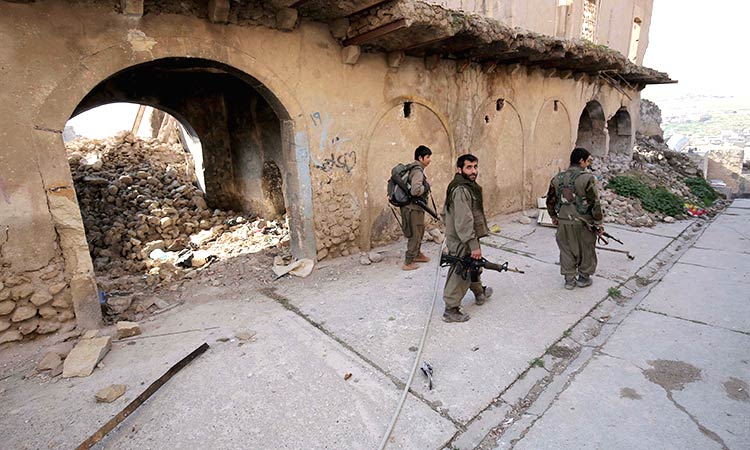