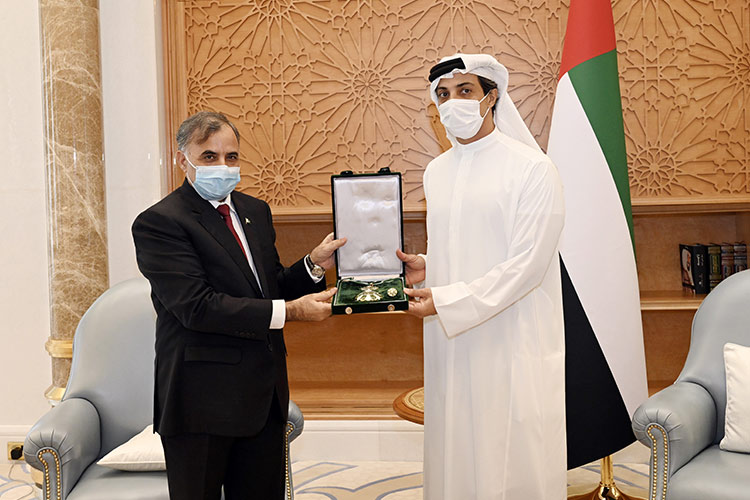 The President of Pakistan, Arif Alvi, has awarded Sheikh Mansour Bin Zayed Al Nahyan, Deputy Prime Minister and Minister of Presidential Affairs, the 'Hilal-e-Pakistan' (Crescent of Pakistan), country's second-highest civil award and decoration, in recognition to his significant efforts to support Pakistan in all humanitarian and development fields, and enhance bilateral relations, friendship bonds, as well as joint work between the two countries.

Sheikh Mansour received the medal from Pakistan's Ambassador to the UAE, Ghulam Dastgir, who met him on Thursday at Qasr Al Watan, Abu Dhabi.

The medal is awarded annually during Pakistan's Independence Day to key personalities in recognition to their distinguished efforts and pioneering initiatives. 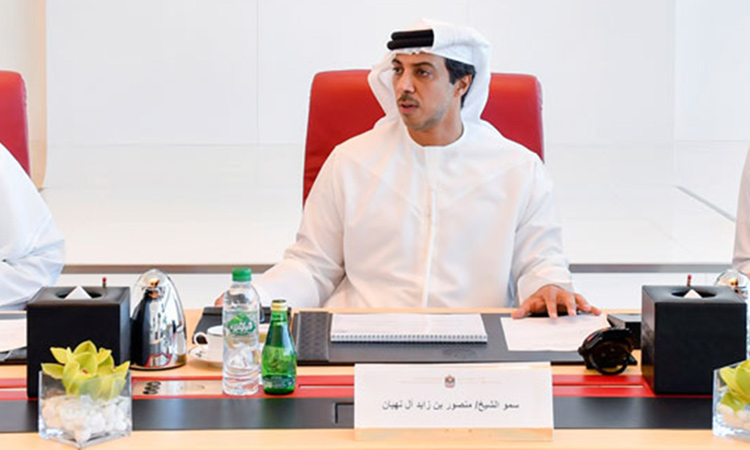 The honour is in recognition of Sheikh Mansour's efforts in supporting Pakistan in the humanitarian and development fields, and for promoting bilateral relations of friendship and joint action between the two countries.