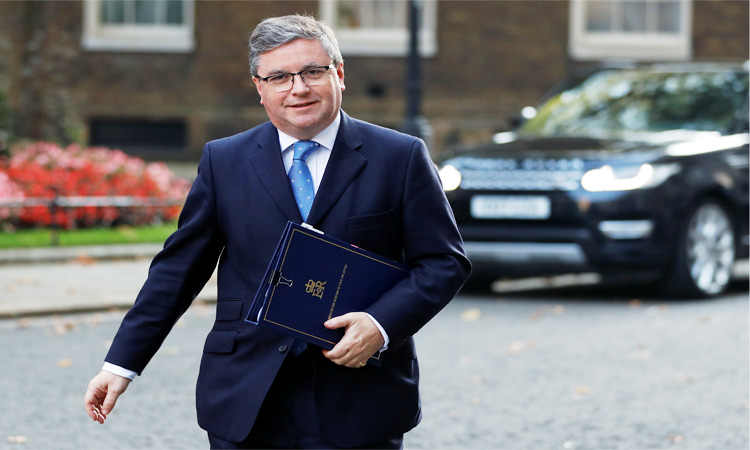 Robert Buckland arrives for a cabinet meeting at Downing Street in London, Britain.

“I believe there is a way through,” Robert Buckland told the BBC when asked about negotiations with rebels in parliament over the bill, adding that London wanted a deal with the EU.

“In terms of shared understanding, I have already seen quite a difference,” he said when asked about a possible compromise in parliament.