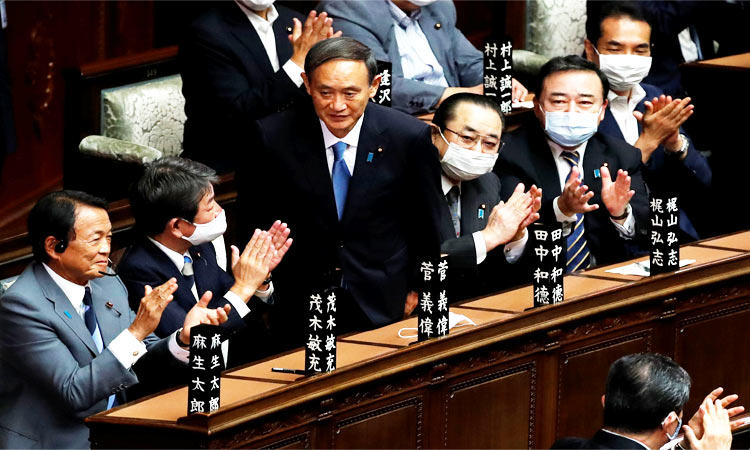 Yoshihide Suga stands as he was chosen as new prime minister at the Lower House of Parliament in Tokyo, Japan on Wednesday.

Suga, who served as chief cabinet secretary to outgoing premier Shinzo Abe, was voted in by the lower house of parliament where his ruling Liberal Democratic Party holds a majority. 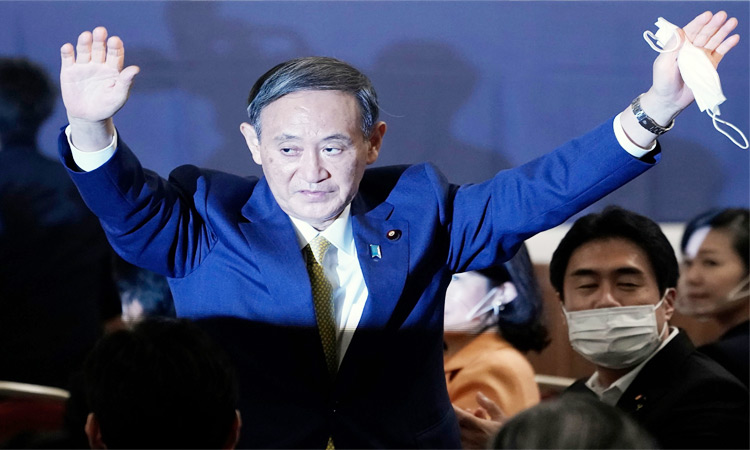 Japan’s ruling party on Monday elected chief cabinet secretary Yoshihide Suga as its new leader, making him all but certain to replace Shinzo Abe as the country’s next prime minister.