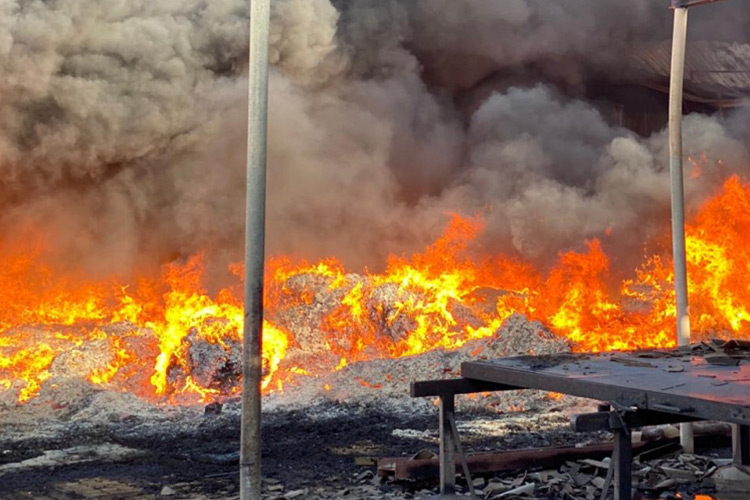 A fire destroys the warehouses in Ajman.

Brigadier Abdul Aziz Ali Al Shamsi, Director General of Ajman Civil Defence, pointed out that as soon as a fire report was received by the Operations Room at 3:27pm, the Civil Defence teams, police patrols and national ambulance rushed to the scene of the fire within a response time of 3 minutes only, which helped bring the fire under control and avoid any casualties. 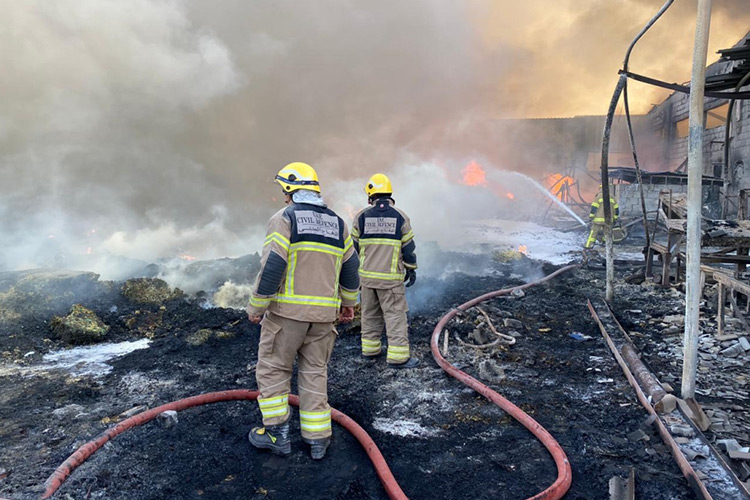 Firefighters control a blaze in Ajman.

Investigation into why the fire broke out was initiated, he said. 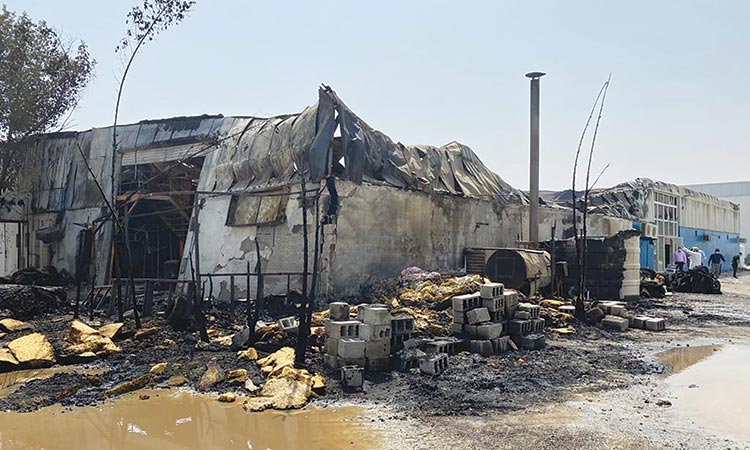 The Civil Defence teams put out a fire which broke out in the new industrial area in the Emirate of Ajman. 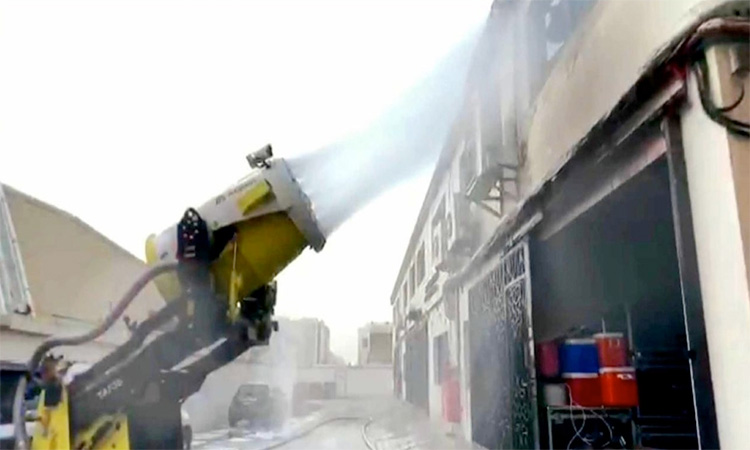 Earlier, the firefighting and ambulance teams received a report on a fire from the operations room at ADCDA at 4.56pm on Monday. The teams rushed to the scene of the fire and brought it under control.