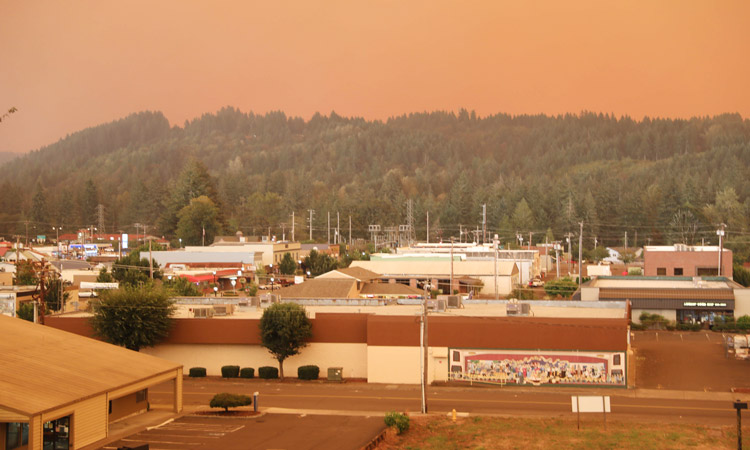 An orange smoke-filled sky is seen above Estacada, Oregon, on Wednesday, as fires burn nearby.

At least six people were confirmed dead by late on Wednesday, with officials warning that more deaths would likely be reported in the coming days as many areas were currently impossible to reach.

“This could be the greatest loss of human lives and property due to wildfire in our state’s history,” she told a press conference.

“There are numerous neighborhoods where there are no structures left standing... dozens of homes (gone) and literally nothing except the skeletons of a chimney or an appliance,” she said.

Jason Valean, 29, fled his house on foot with his two large dogs and was nervously waiting in the central downtown area for his mother.

“She wanted to keep the dogs in their pen, but I wasn’t going to let her,” he said, adding she had released their pigs in the hope they would have a chance of getting away safely.

Another resident said she was planning to stay despite the evacuation order because she worried about looting, although her husband was leaving with their son and granddaughter.

Neighboring California and Washington states have also been scrambling to contain the rapidly spreading wildfires since the weekend due to unprecedented heatwaves followed by intense, dry winds.

Wednesday’s fatalities included a one-year-old baby boy who perished while his parents suffered severe burns as they attempted to flee an inferno 130 miles east of Seattle, in Washington state. 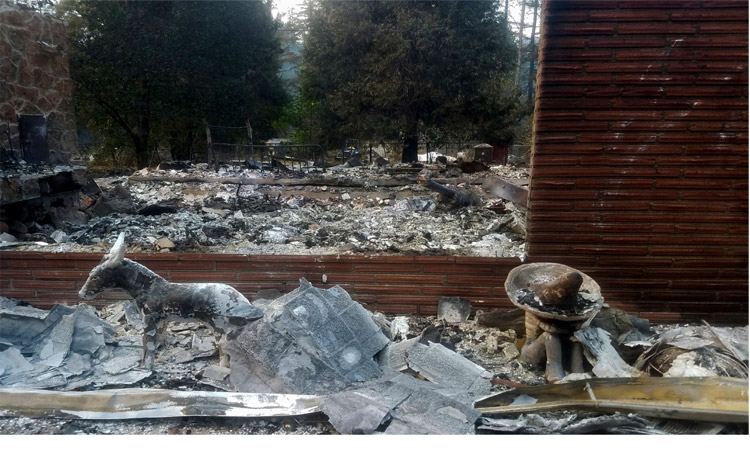 A burned out house is seen after the passing of the Holiday Farm fire in McKenzie Bridge, Oregon on Wednesday.

Leanna Mikesler, from Clovis in the state’s center, told AFP she had been forced to evacuate her home to escape wildfires before, but it was “10 times harder” during the pandemic.

“They call... the evacuation. And then you go from there to see if your house has been burned down,” she said.

People in the San Francisco Bay Area awoke to a deep orange sky caused by wildfire smoke that at times blocked out sunlight entirely.

Photos of the eerie scene, particularly of a San Francisco skyline fit for a dystopian science fiction film, spread quickly on social media.

“We know the smoke, darkness, and orange glow is scary. Stay calm and try to stay indoors,” tweeted the fire department.

Much of the smoke blew down from the north, where the Bear Fire exploded at an unprecedented speed overnight, combining with older blazes to scorch over 250,000 acres and threaten the town of Oroville.

Evacuation warnings were expanded to parts of the town of Paradise, the site of California’s deadliest modern fire which killed 86 people less than two years ago.

The nearby August Complex Fire also spread rapidly to become the state’s second-largest blaze in history, at 420,000 acres. 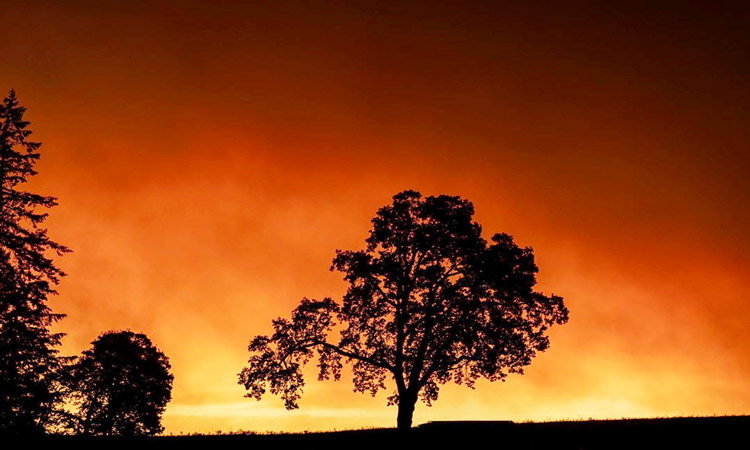 At the Creek Fire in central California, exhausted firefighters raced between blazes as thick columns of smoke rose up from the Sierra forest — now closed, along with all 18 of the state’s national forests.

In one home near Shaver Lake, only the scorched remains of a washing machine, outdoor dining table and chairs were left standing beside the ash-coated chassis of a pickup truck.

“It’s scary... we just left everything,” said 68-year-old Sandy Clark, who fled her home for a hotel rather than a crowded shelter due to coronavirus fears.

Tens of thousands of people have been forced to evacuate homes across the region.

In Washington, where the town of Malden was decimated, governor Jay Inslee described the wildfires as “unprecedented and heartbreaking,” and blamed the ferocity of this year’s fires on climate change.

California Governor Gavin Newsom added: “I quite literally have no patience for climate change deniers... It’s completely inconsistent... with the reality on the ground.”

California has seen more than 2.5 million acres burn this year — an annual record, with nearly four months of fire season still to come.

More than 14,000 firefighters are fighting 28 major wildfires across the country’s most populous state. 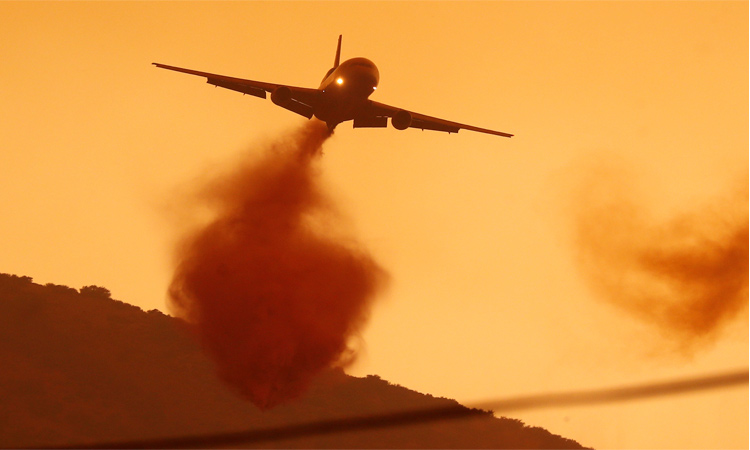 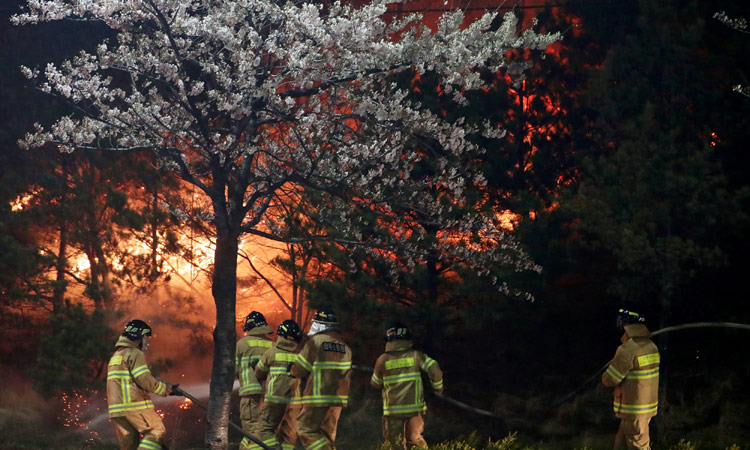