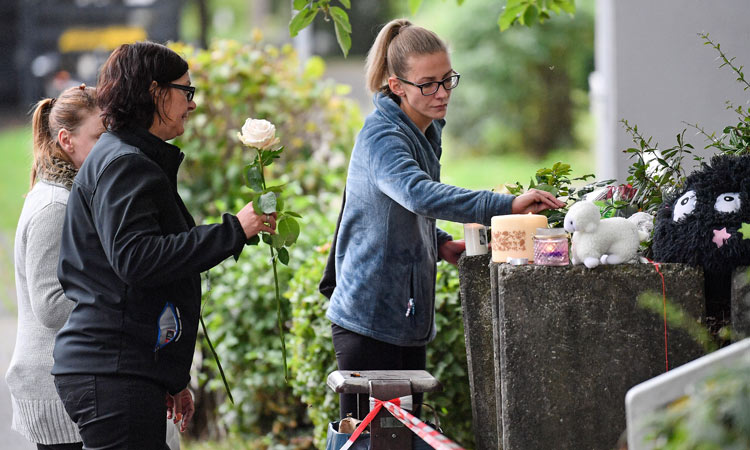 People bring flowers and candles to an apartment building, where five dead children were found in Solingen, Germany, on Saturday. AP

A 27-year-old German woman is suspected of smothering five of her children as she was feeling "emotionally overwhelmed," investigators said, a day after the lifeless bodies were found in their family apartment.

The suspect then attempted suicide by throwing herself under a train, before being rescued with serious but not life threatening injuries, said lead investigator Marcel Maierhofer. 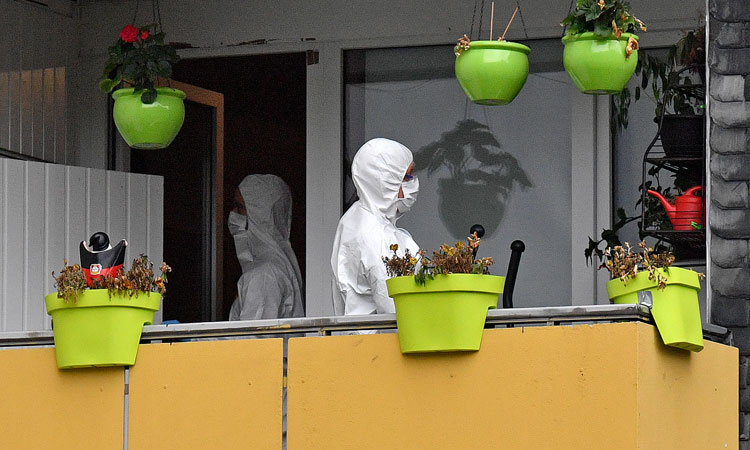 She is believed to have "carried out the act while she was feeling emotionally overwhelmed, and that too is the motive," said the investigator.

A sixth child, 11, survived. He had told schoolmates in a group chat that all his siblings were dead, said investigators.

He was likely able to avoid the grim fate of his siblings because he was in school at the time of their killing, said Maierhofer. 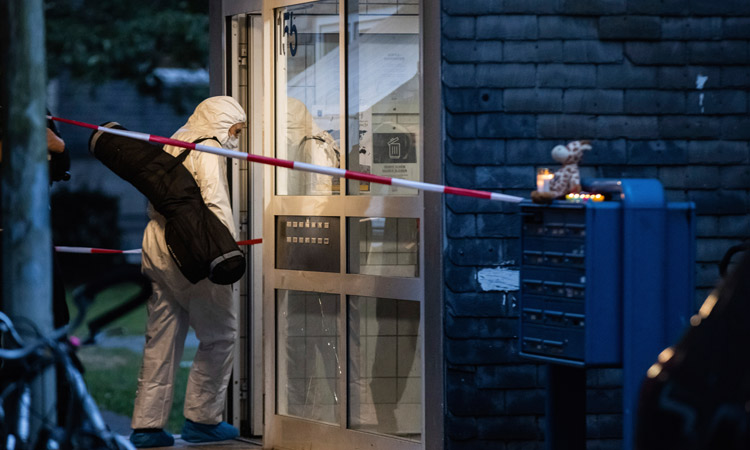 A female forensics officer enters the apartment building where the bodies of five children were found, in Solingen. AP

Police found the bodies in the suspect's apartment in the city of Solingen in North rhine-Westphalia state after they were alerted by the suspect's mother, who had herself learnt of her grandchildren's fate from her daughter.

The suspect is believed to be emotionally distressed after a separation from her third husband a year ago.

The man is the father of four of the six children.