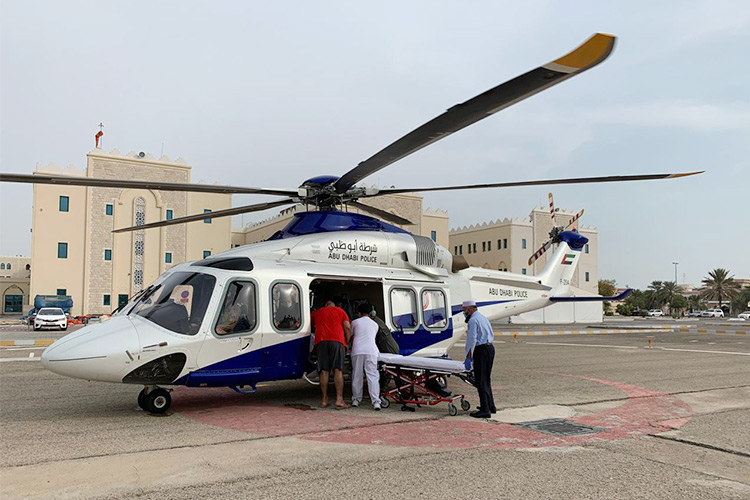 An air ambulance helicopter at the Abu Dhabi Police transported an Emirati, 21, from Maya Island to Sheikh Khalifa Medical City in Abu Dhabi on Saturday as he was suffering from serious sickness.

The Aviation Operations Room at the Abu Dhabi Police received a report from the Command and Control Centre, stating that a UAE national was severely ill, and his health condition required his transfer to Sheikh Khalifa Medical City in Abu Dhabi.

The air ambulance took off and transported the patient, and provided him with the necessary medical care on the way to Sheikh Khalifa Medical City to complete treatment.

A recent report said the Abu Dhabi Police, ADP, has launched a medical transportation system with an air ambulance via a capsule that incubates infectious diseases through an integrated isolation system to transport such patients.

The ADP said the service was the first of its kind in the region and the country and a part of the precautionary measures taken by the UAE to combat the COVID-19 pandemic.

Colonel Pilot Obaid Moammad Al Shemeli, Deputy Director of the Abu Dhabi Police Aviation Department, Central Operations Sector, emphasised during the inauguration of the system the ADP’s interest in keeping pace with developments and upgrading the development process, embodying the directives of the leadership that provided support and capabilities to achieve the finest and best services in "our society".

Major Doctor Ali Saif Al Dhahouri, a specialist in aviation medicine with the ADP, explained that the capsule is considered an integrated isolation system for transporting patients suffering from infectious diseases from one medical institution to another via air ambulance while ensuring that the infection is not transmitted to others or the crew.

He added that the service can be used in the future for all types of infectious diseases.

Earlier, the Abu Dhabi Police warned the public against complacency in taking key preventive and precautionary measures to help curb the spread of the new coronavirus, COVID-19.

The move is in accordance with Resolution No. 38 of 2020, which covers the implementation of regulations related to violations and penalties based on Ministerial Resolution No. 17 of 2020, related to controlling violations, precautionary measures and instructions to limit the spread of the virus. 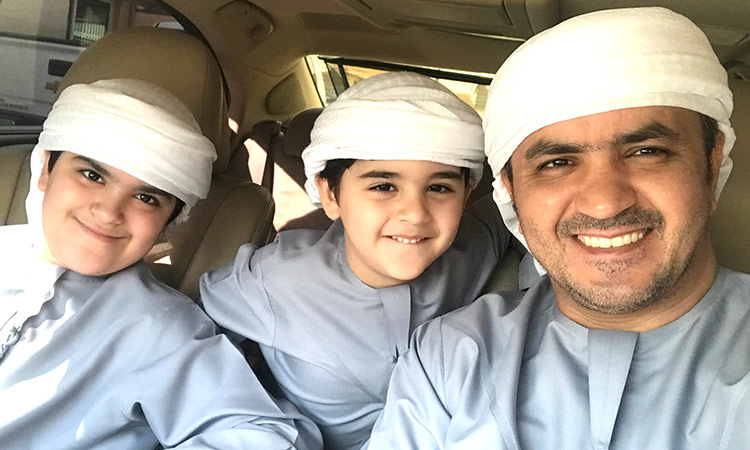