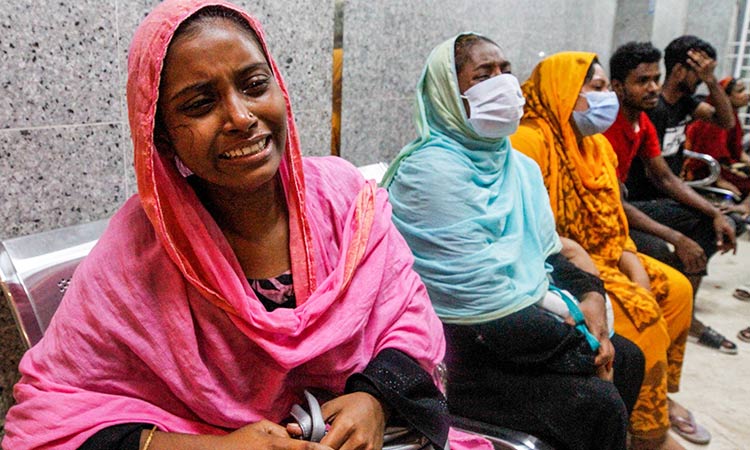 Relatives of a suspected gas explosion victims mourn in a hospital in Dhaka. AFP

The death toll from a gas pipeline explosion in a mosque outside Bangladesh’s capital rose to 24 on Sunday while authorities were examining how a leakage caused the accident during evening prayers.

A 7-year-old boy who went to pray with his father in Narayanganj district was among the dead. The father's condition is critical.

The series of explosions triggered a fire Friday night as worshipers were finishing their prayers. At least 37 people were admitted to a burn unit in a state-run hospital in Dhaka, where 24 subsequently died. 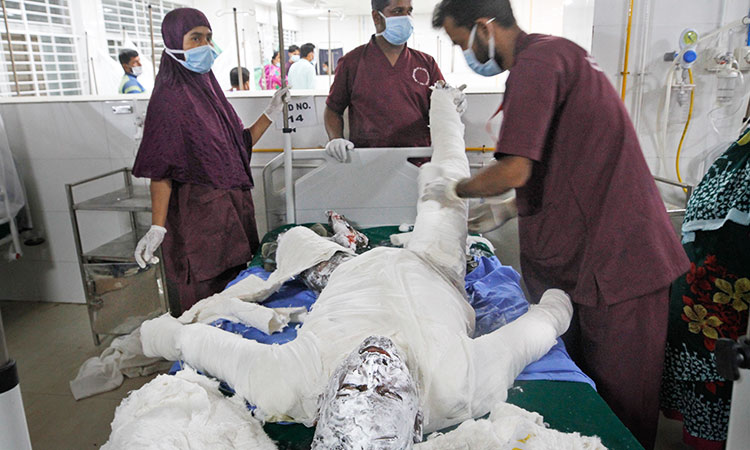 Doctors treat a burn Muslim worshipper in a hospital in Dhaka, Bangladesh. AFP

Doctors said the others were critical as they suffered burns on up to 90% of their bodies. Officials said the impact of the blast caused at least six air conditioners to also explode, baffling the devotees, as the fire rapidly raced through the packed mosque.

Authorities said they suspected gas had accumulated inside the mosque from a leak in the underground pipeline. The windows were shut because of the air conditioners.

In Bangladesh, safety regulations are often flouted in construction. Hundreds are killed each year in fires in the nation of 168 million people.

In February last year, an inferno in Dhaka's old quarter killed 78 people. One month later, 25 people were killed when a blaze engulfed a Dhaka office block. 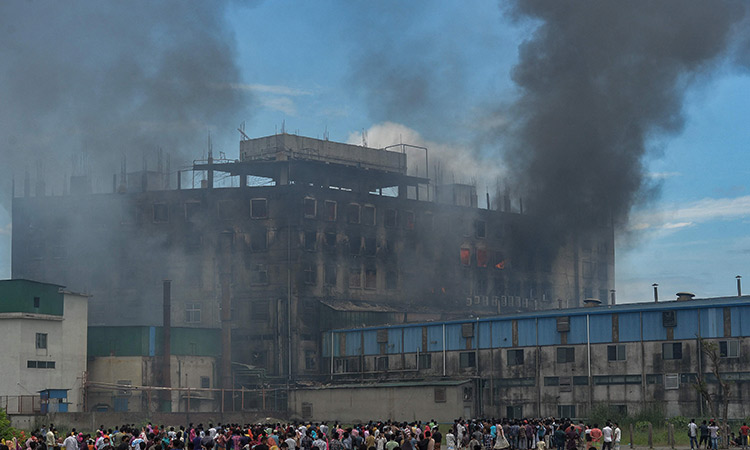