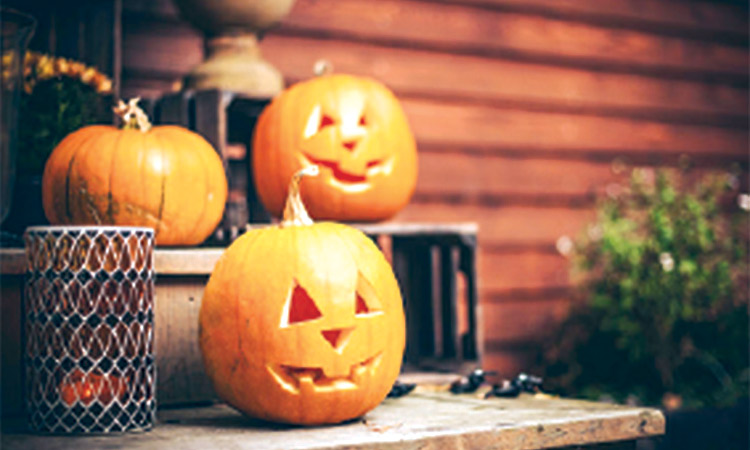 This year’s calendar was a Halloween-lover’s dream: Oct.31 falls on a Saturday, and Chicago’s costume shops, haunted houses and candy companies were gearing up for a blowout season of spooky thrills.

So what happens when the scariest thing on Halloween isn’t ghouls, witches or zombies, but the prospect of trick-or-treating in the middle of a pandemic?

“Obviously it’s not going to be what it has been,” said George Garcia, owner of Fantasy Costumes, who has been selling costumes in the Portage Park neighbourhood for more than half a century. “We waited six years to get Halloween on a Saturday, and now this.”

Headed into a Halloween unlike any other, towns are weighing whether to announce trick-or-treating hours while haunted house operators determine if there’s any way to make a room packed with screaming teens safe. Costume shops are trying to adapt by offering inflatable costumes and trick-or-treating bags that promote social distancing.

“With everything going on, people are going to be looking for a little bit of escape or relief,” Garcia said.

Towns already have called off Halloween events to avoid crowds, while trying to come up with safer alternatives. Highwood has cancelled its annual Great Highwood Pumpkin Festival but

The uncertainty may not worry families who are focused on kids’ academic instruction during a pandemic. But it’s a different story for companies that rely on the holiday, from costume shops to haunted houses.

Commercial haunted houses number at least 1,200 nationwide and are especially popular around Chicago.

About $400 million (Dhs1.5 billion) a year is spent on haunted attraction tickets, according to Brett Hays, president of the Michigan-based Haunted Attractions Association.

Haunts also are big seasonal employers. For instance, there’s a zombie army in the southwest suburbs with an annual payroll of $250,000 (Dhs916,750). This money is just for actors — the “scare staff” — and managers at the two haunts in past years, said company owner John LaFlamboy. But he won’t be making those hires this year; LaFlamboy announced he won’t open either house in October.

“My kids are going to be devastated,” he said, referring to his young staff.

LaFlamboy (who also is an ensemble member of the shuttered Artistic Home theater in West Town) has steeped himself in the dangers of COVID-19 and concluded there’s no safe way to operate a haunted house — which is essentially an enclosed indoor space with dozens or even hundreds of screaming teenagers and nothing special in the way of a ventilation system.

In southwest suburban Crestwood, the smaller D.E.A.D. Rising is already open. Located in the back of a strip mall, it’s run by John and Sally Vitiritti and has been open for occasional adults-only nights over the summer.

Their largest turnout this summer was about 60 people, Sally Vitiritti said, and she compared the risks to those of a visit to a grocery store. She also said they’ve tried to make their show safer: Actors no longer occasionally spit fake blood, for instance.