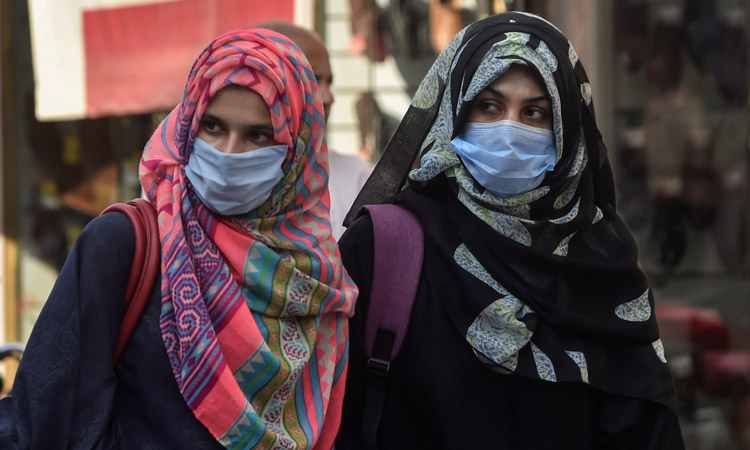 Following an initial surge, the number of infections has plummeted in recent weeks, with COVID-19 deaths hovering in the single digits each day, while neighbouring India tallies hundreds of fatalities. 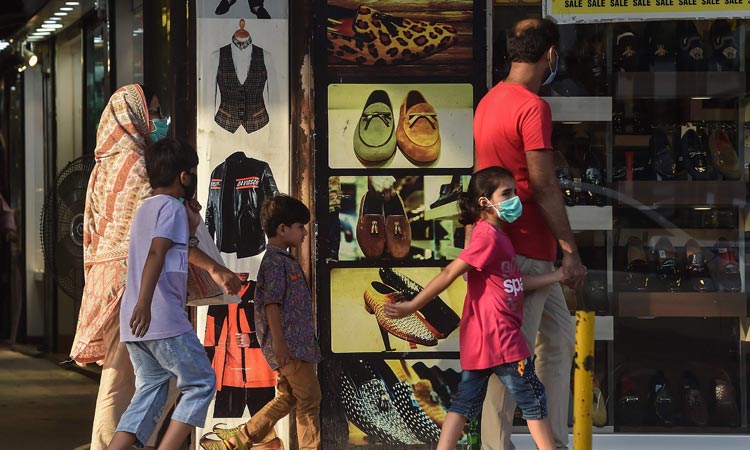 A family wearing face masks shop at a market in Lahore. AFP

Pakistan has a long history of failing to contain myriad infectious diseases such as polio, tuberculosis and hepatitis, while successive governments have underfunded its healthcare sector for decades.

Added to that, many Pakistanis live in crowded, multi-generational homes or packed apartment buildings that favour rampant virus transmission.

"No one has been able to explain this decline... We don't have any concrete explanation," said Salman Haseeb, a doctor at Services Hospital in the eastern city of Lahore.

Pakistanis have proposed numerous hypotheses for their country's seeming ability to weather the pandemic, crediting everything from the young population and the hot and humid climate to unproven claims of natural immunity.

Its median age is only 22 and the coronavirus is known to disproportionately impact older people with prior health complications.

To date, the South Asian nation has confirmed more than 295,000 infections and currently is recording a few hundred new cases per day. 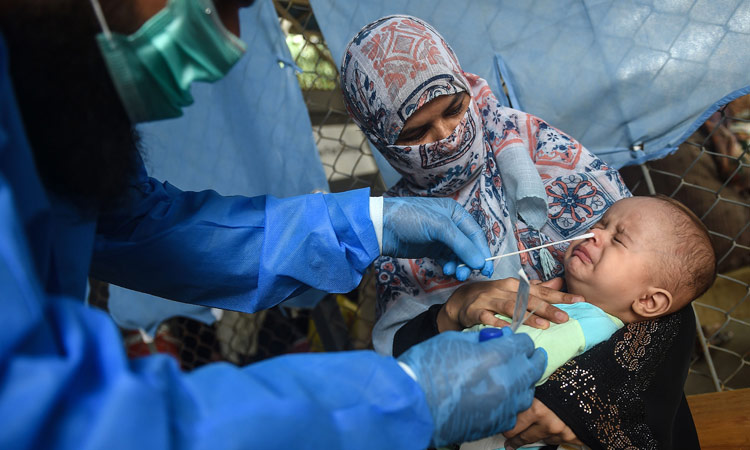 A health official takes a swab sample from a child to test for the COVID-19 in Karachi. AFP

Observers say that with only limited testing the true number of infections is likely considerably higher. One testing exercise in Lahore suggested as many as seven percent of the city's population had been exposed to the virus.

But anecdotal evidence from hospitals across Pakistan supports the downward trend.

While healthcare facilities were initially swamped, doctors across Pakistan told AFP they are now no longer seeing a coronavirus-related rush on emergency services.

"Regardless of the reasons, the good thing is the first wave of the virus is almost over in Pakistan," said Khizer Hayat, a doctor at Nishtar hospital in the central city of Multan.

"The situation is now under control and the number of coronavirus cases is dropping, the wards are emptying. It's hard to know why."

A flattening curve is all the more curious considering how the coronavirus has hit India, which with a median age of 26 and crowded cities has a somewhat similar demographic.

Over the weekend, India set a new global record for the highest number of daily cases, with 78,761 new infections recorded in 24 hours, though Delhi is testing at a far higher rate than Islamabad.

India has also reported more than 64,000 deaths — the third-highest globally after the United States and Brazil.

Since recording its first case in late February, Pakistan has responded in fits and bursts to the pandemic, rolling out loose lockdowns that were later reversed, while crowds shunned social distancing guidelines and continued to flock to markets and mosques.

Still, the government of Prime Minister Imran Khan has been quick to bask in the progress, crediting itself with "smart" lockdown policies and other measures, even though these were often not enforced.

Restaurants and parks have reopened while people have flocked to theatres, malls, and crowded back onto public transport. Schools and universities are set to reopen later in September.

Masks have become an increasingly rare sight, spurring warnings from experts for the public to remain vigilant over fears of a second wave.

"People think we have defeated COVID-19 but my belief is that the chances of the second wave are still there," warned Hassan Waseem, a microbiologist based in Pakistan.

However, other doctors suspect the country has experienced the peak of the pandemic.

"I would reluctantly say that there won't be a second wave in Pakistan. Most urban centres in Pakistan like Lahore and Karachi have already seen the worst when it comes to coronavirus," said Waheed Uz Zaman Tariq, head of the department of virology and infectious diseases at Chughtai Lab.

"People must also understand that (the virus) is not completely gone," he added. "Precautions must be taken still."

The Ministry of Health and Prevention announced on Saturday that it conducted 70,079 additional COVID-19 tests over the past 24 hours, using state-of-the-art medical testing equipment.