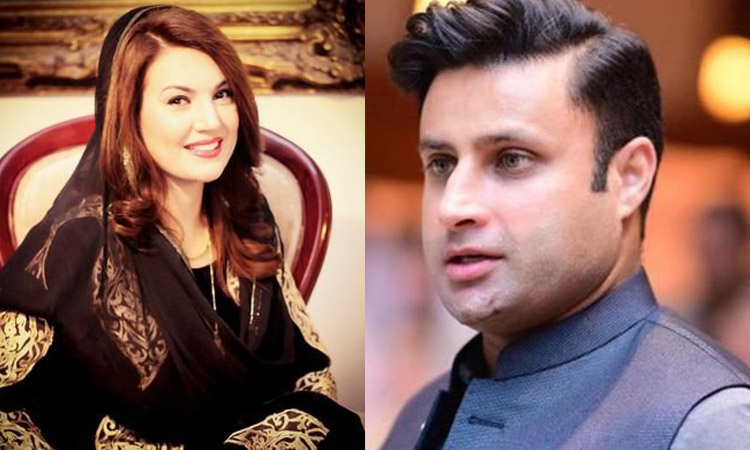 Bukhari is seeking an apology, retraction of allegations and damages from Reham Khan.

Pakistan’s Prime Minister Imran Khan’s Special Assistant Zulfi Bukhari has sued Imran’s former second wife Reham Khan for defamation at the London High Court over allegations made in a tweet that Bukhari had personal interest in the alleged sale of Roosevelt Hotel in Manhattan, owned by the Pakistan International Airlines (PIA).

The announcement that Bukhari has taken legal action for libel at the Royal Court of Justice in London High Court was made by Reham Khan in a statement she released through social media.

She posted a link, hosted by her son Sahir Khan, which gave some details of the case, focused only on the Roosevelt Hotel. However, other details of the case establish that the defamation claim is wider in scope including several other Tweets and Retweets, making allegations of corruption. 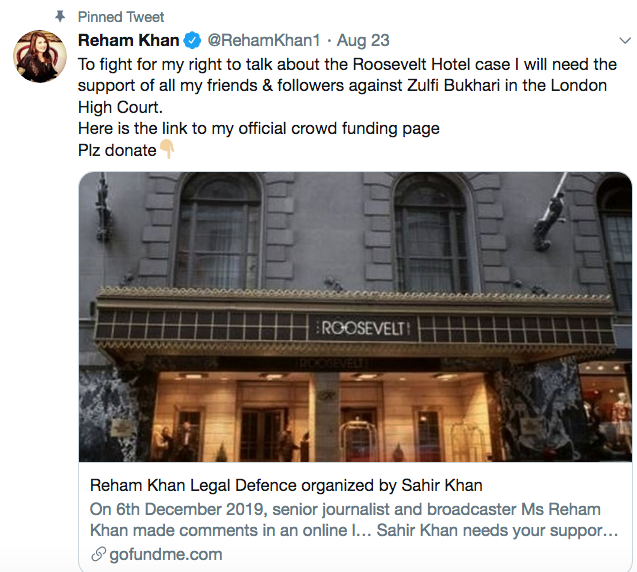 The defamation claim relates to a broadcast by Reham Khan on Dec.6, 2019 on YouTube in an online livestream regarding the possible sale of the Roosevelt Hotel in Manhattan. The hotel considered one of the nation’s finest national assets.

Reham Khan tweeted on Dec.6, 2019 that Pakistan’s national assets were being sold to help people like Bukhari and Aneel Musarrat and called it an act of "robbery.” A link to a YouTube commentary was also given in the tweet. Both the tweet and the YouTube link were deleted before the court action started.

Appealing for the support, Reham Khan’s son wrote that "this is going to be a case of critical importance for freedom of expression on matters of demonstrable public interest, Reham Khan simply discussed the matter while demanding transparency over important decisions regarding its administration’ and "this libel case is an attack on freedom of speech and the rights of Pakistanis.

Reham Khan has nothing to gain by speaking out about the Roosevelt Hotel but was affected by the series of events, as all patriotic Pakistanis would be. We must fight against tactical suppression of such voices.”

The court papers show that the case is of quite serious nature. Bukhari is seeking an apology, retraction of allegations and damages from Reham Khan. 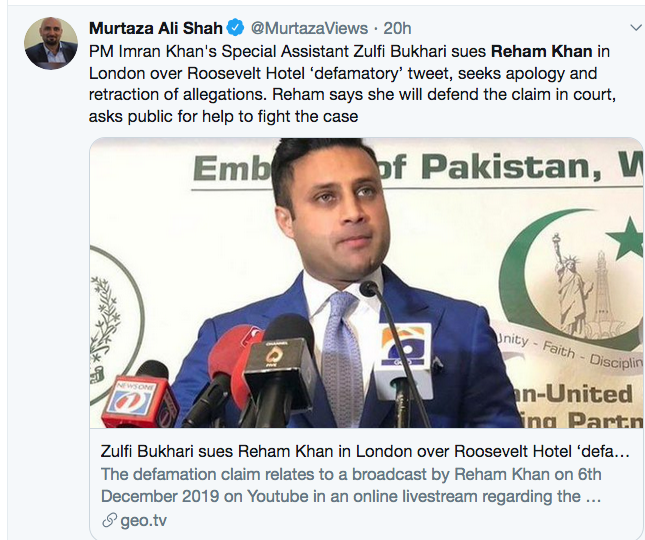 In the claim papers filed around two months ago, Bukhari alleged that Reham Khan "specifically” targeted him in reference to the sale of Roosevelt Hotel. Zulfi claimed that he was defamed and his reputation was harmed as a result of the Roosevelt tweet and other Tweets and Retweets.

There were five members in the advisory committee (including Razak Dawood) who were tasked to look into the Roosevelt Hotel future. Bukhari’s lawyer had claimed that only their client maligned, singled out and allegations of corruption and favourtism were made, allegedly, by Reham Khan as if the govt wanted to favour him through the hotel sale.

The formal trial will take place after about eight months. Reham Khan is represented by Hamlins law firm and Bukhari is being represented by a defamation law specialist firm.