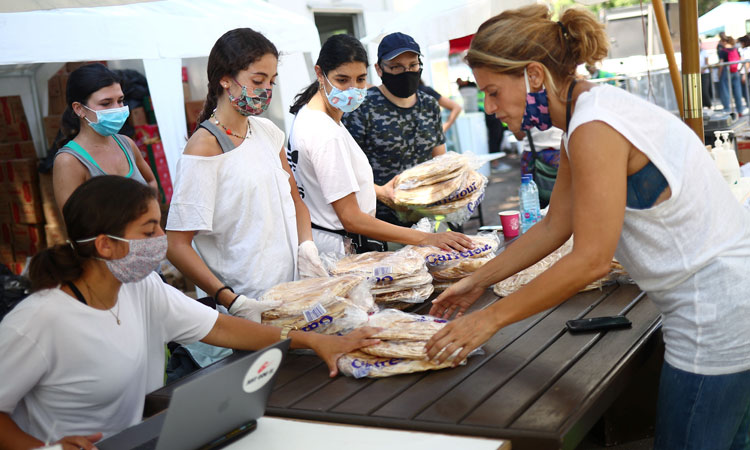 Volunteers sort aid items at a volunteer base camp that was set up to lead relief and rehabilitation in the aftermath of a massive explosion in Beirut port. Reuters

In one of the areas worst affected by the Beirut blast, volunteers loaded boxes containing food and sanitary items into cars ready to distribute to those in need.

Near the port where the catastrophic blast had originated, other volunteers took measurements to replace windows shattered by the explosion.

None of the groups organising these volunteers is backed by the government. In fact, they say they are filling a void in reconstruction efforts that's been left by Lebanese authorities. 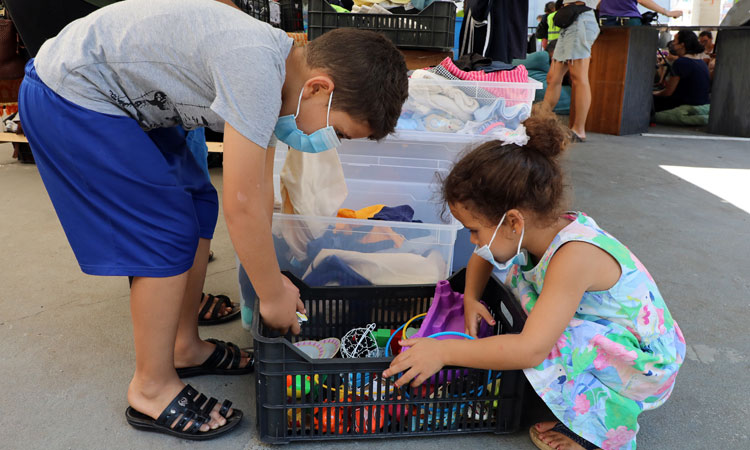 Children go through donated toys prepared by volunteers to be given away, following the explosion at Beirut port. Reuters

"The government should do the work we are doing but we are doing it because we have to," said Hussein Kazoun, originally a vegetable farmer. He and several friends took over an abandoned petrol station that they named "Nation Station," and turned it into a hub for distributing donations.

"You can't see that aid is required and people need help and just do nothing."

The needs are colossal. The blast killed around 180 people, injured thousands more and displaced 300,000. Survivors now face the mammoth task of rebuilding damaged homes and businesses amid an economic crisis that has left them unable to access their savings.

Other volunteer groups, like those at the so-called "Basecamp" in Mar Mikhael neighbourhood, have their roots in a wave of popular protests that began in October 2019 against state corruption and mishandling of the economy.

Many residents blame years of government corruption and ineptitude for the blast and the months of economic decline that preceded it. They say their efforts send a message locally and abroad that they have no one to support them but themselves. 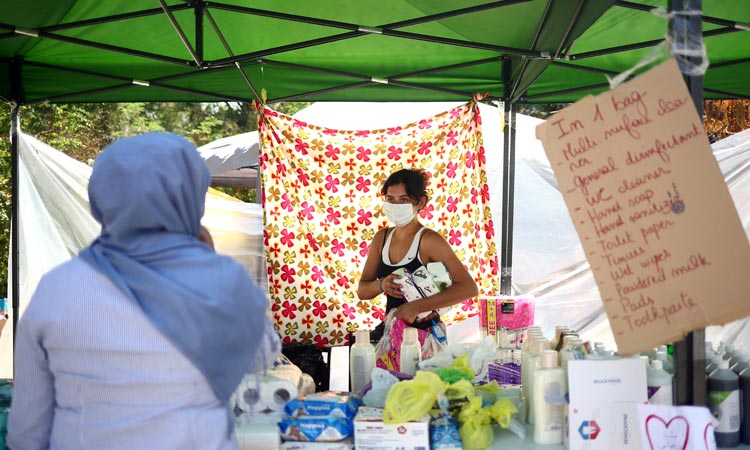 A volunteer sorts aid at a volunteer base camp in Beirut port. Reuters

"The government didn't ask about us, but the young people all came running to us, all of them," said Alexi Khoushdelian, a senior resident who was seeking aid from Nation Station. "We come here to get food, to get clothes, what they get they give to us, whatever we need they give to us."

Kazoun said that while the government had approached his group, they offered no concrete assistance but asked for data on who was being helped. The group declined to hand this over on concerns the information could be used to bribe residents in future elections.

Despite the good intentions, the need in Lebanon is likely far greater than what the volunteers alone can offer.

Basecamp volunteers walking down the streets with their boxes were accosted by half a dozen other residents seeking assistance. The volunteers urged them to call the Basecamp hotline but some residents were so impoverished that they didn't have money to charge their phones.