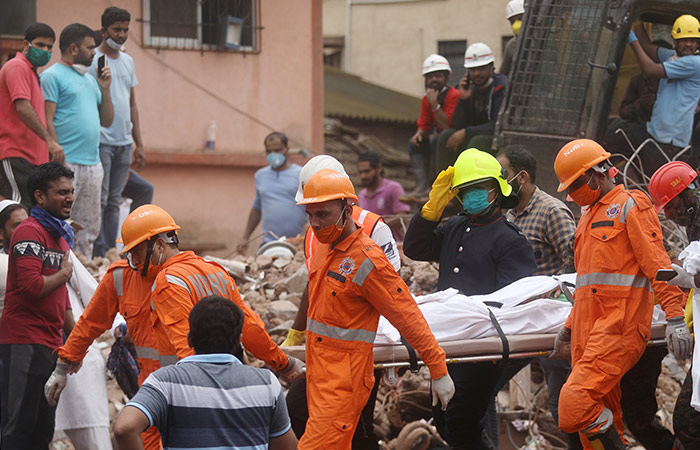 Rescue teams and sniffer dogs in western India searched the rubble for survivors on Tuesday after a five-storey apartment building collapsed "like a house of cards", with up to 70 people buried.

The accident late Monday in the town of Mahad, south of Mumbai, forced three disaster response teams to work through the night, combing tin sheets, twisted metal and broken bricks.

Officials said many residents of the 47 flats inside the building were spared because they had already fled the town to escape the coronavirus pandemic.

The cause of the accident was not immediately clear but building collapses are common during India's June-September monsoon, with old and rickety structures buckling after days of non-stop rain.

Estimates of the number still trapped ranged from 20 to 70 after dozens managed to flee when the building began to shake. 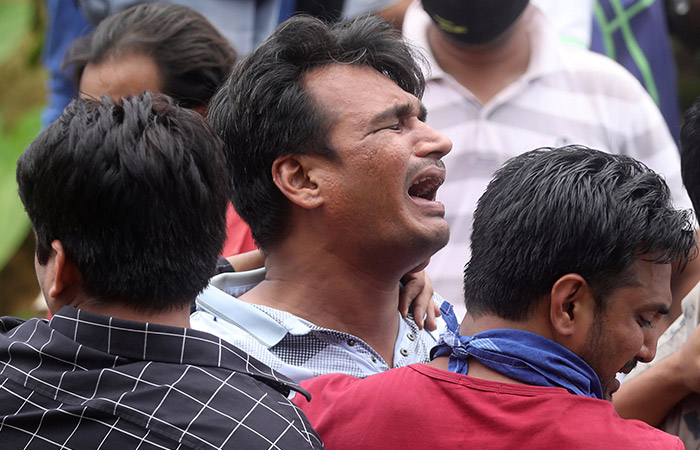 A man reacts after a five storey building collapsed in Mahad in Raigad district. Reuters

"No one knows how many people are actually stuck inside," a Mahad police official told AFP on condition of anonymity, adding that authorities had initially feared the worst, with early estimates as high as 200.

Mahad legislator Bharat Gogawale told AFP that many of the building's occupants appeared to have been out shopping when the accident occurred around 7:00 pm.

"As per latest estimates, we think 20 people are trapped inside," he said.

Others had left the town altogether, preferring to wait out the pandemic in their home villages.

"Many families were not residing in the building as they went to their native places due to the coronavirus-induced lockdown," district official Nidhi Choudhari told the Press Trust of India. 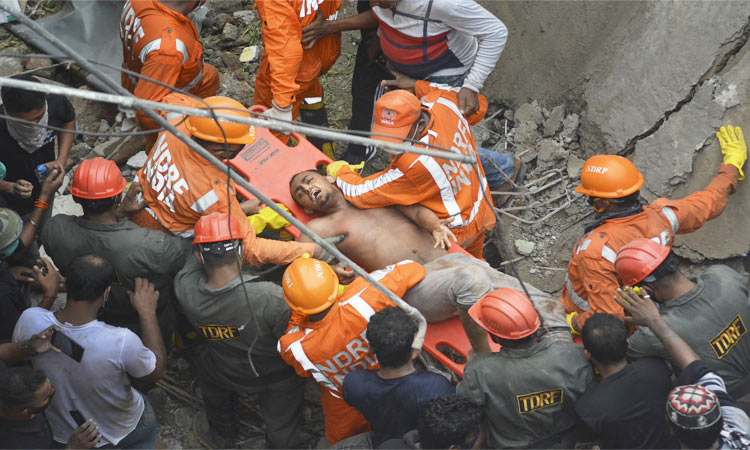 The death toll from an apartment block collapse in western India climbed to 20 Tuesday, with more bodies likely to be recovered, officials said, as rescuers searched for survivors.