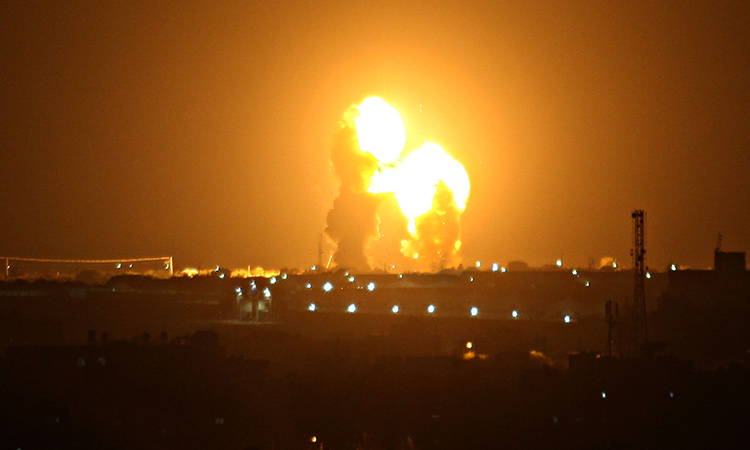 The Israeli army said on Monday it had again hit Hamas targets in the Gaza Strip overnight, in retaliation for incendiary balloon and rocket attacks launched from the Palestinian enclave.

An Egyptian delegation has been trying to broker a return to an informal truce.

"During the day, explosive and arson balloons were launched from the Gaza Strip into Israel," the Israel Defence Forces (IDF) said in a statement.

"In response, a short while ago, IDF fighter jets, tanks and aircraft struck military posts and an underground infrastructure" belonging to Hamas in the southern Gaza Strip, it said.

On Thursday night, Gaza militants fired a dozen rockets at Israel, which responded with air strikes on a rocket-manufacturing plant and underground infrastructure.

Israeli fire-fighters meanwhile continued to put out blazes on farms and scrubland caused by the incendiary balloons launched from Gaza.

Egypt has acted to calm repeated flare-ups of violence in recent years to prevent any repetition of the three wars Israel and Hamas have fought since 2008.

The latest Israeli strikes came just before US Secretary of State Mike Pompeo touched down in Tel Aviv to kick off a five-day trip to the Middle East.

His visit will focus on Israel's normalising diplomatic ties with the UAE, seen as a betrayal by many Palestinians, and urging other Arab states to follow suit.